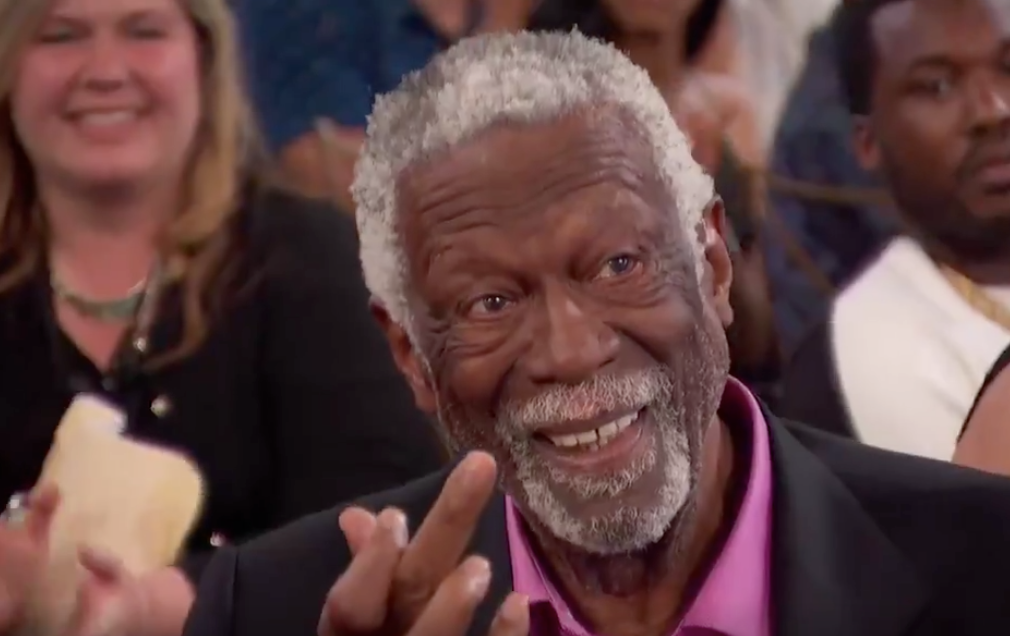 Former NBA player turned analyst Charles Barkley was actually in a festive mood during the NBA Awards on Monday night, which was a nice change of page.

Barkley gave a nice speech after presenting a lifetime achievement award to Oscar Robertson — showing some love for Bill Russell in the process.

Russell was mentioned in the group of players that Barkley believed helped pave the way for him, and a funny sequence followed the “Inside the NBA” analyst mentioning the five-time MVP. Russell responded to Barkley’s praise by flipping him off — with a smile, of course.

Let that be a lesson to you all: You can do whatever gesture you deem appropriate, as long as it’s done with a smile.