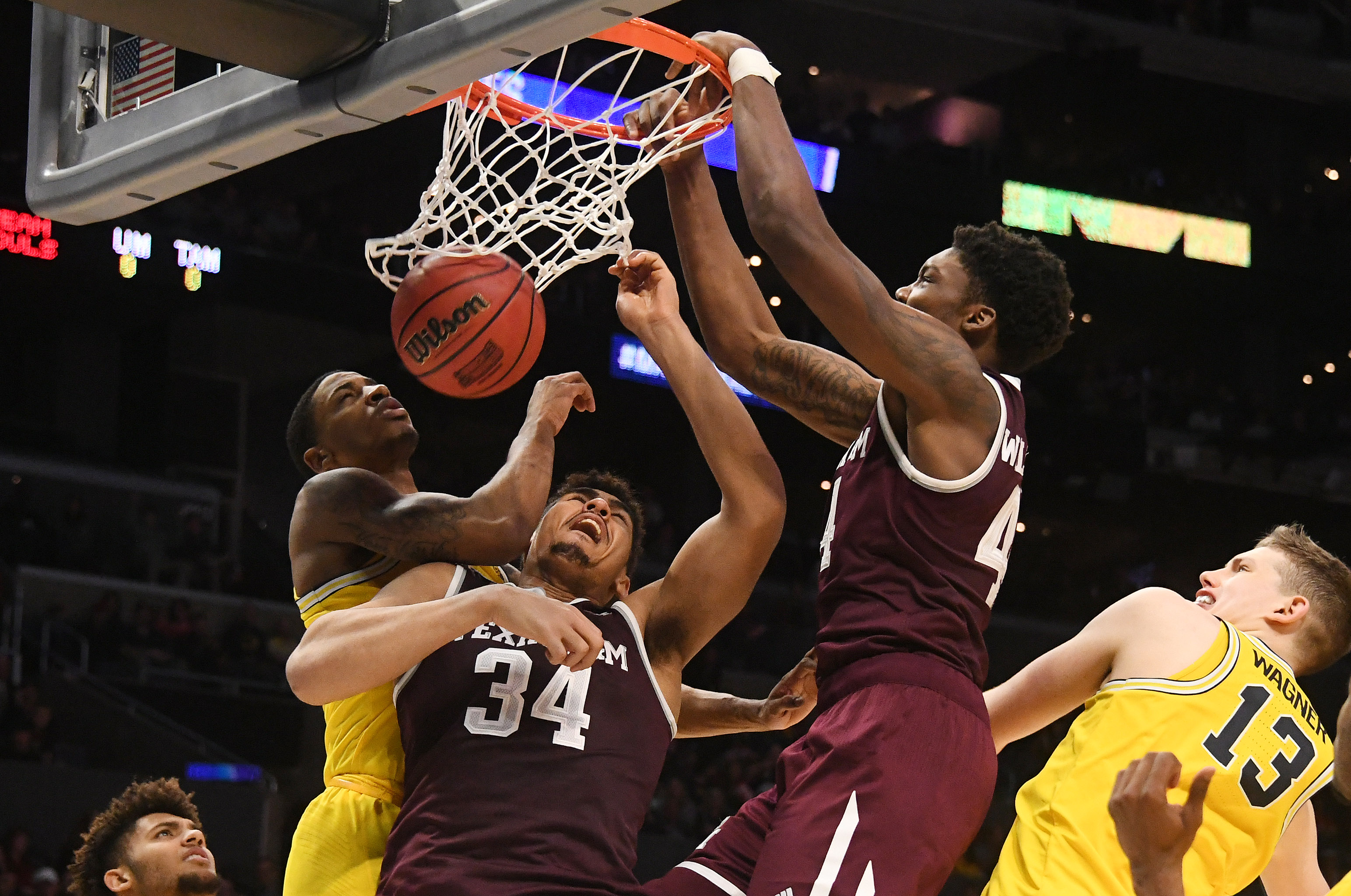 As the draft picks ticked away last week without Robert Williams being selected, some in Celtics nation got excited about the possibility of an athletic shot blocker falling to Boston.

When he did, the giddy comparisons to Clint Capela flooded the internet, and for good reason. As I wrote on Boston.com today, Williams is basically a Capela clone.

They are both about 6-foot-10 and 240 pounds. They both have big hands, 7-foot-4 wingspans, and a standing reach of about nine feet and five inches. One of the few differences on the court is Williams has a slightly better vertical leap.

Looking like a player, though, and playing like that player are two different things. Williams showed us a Capela-like game in college, but can he do it in the pros?

Here’s a look at what Capela does for the Rockets — and what Williams could do for the Celtics.

From there I detail a few Capela plays that show how Williams can make an immediate impact… plays like this:

Play hard, roll hard, finish hard. That’s Capela’s role in a nutshell, and it could be Williams’ too.

Go to Boston.com for the full breakdown of the ways Capela can foreshadow what Williams does in Boston.

Also, check out the most recent Locked on Celtics podcast where The Athletic’s Jay King and I discuss just how quickly Williams could make an impact for the Boston Celtics.