Does New York Mets' Ownership Even Care About The Team's Disastrous Season? 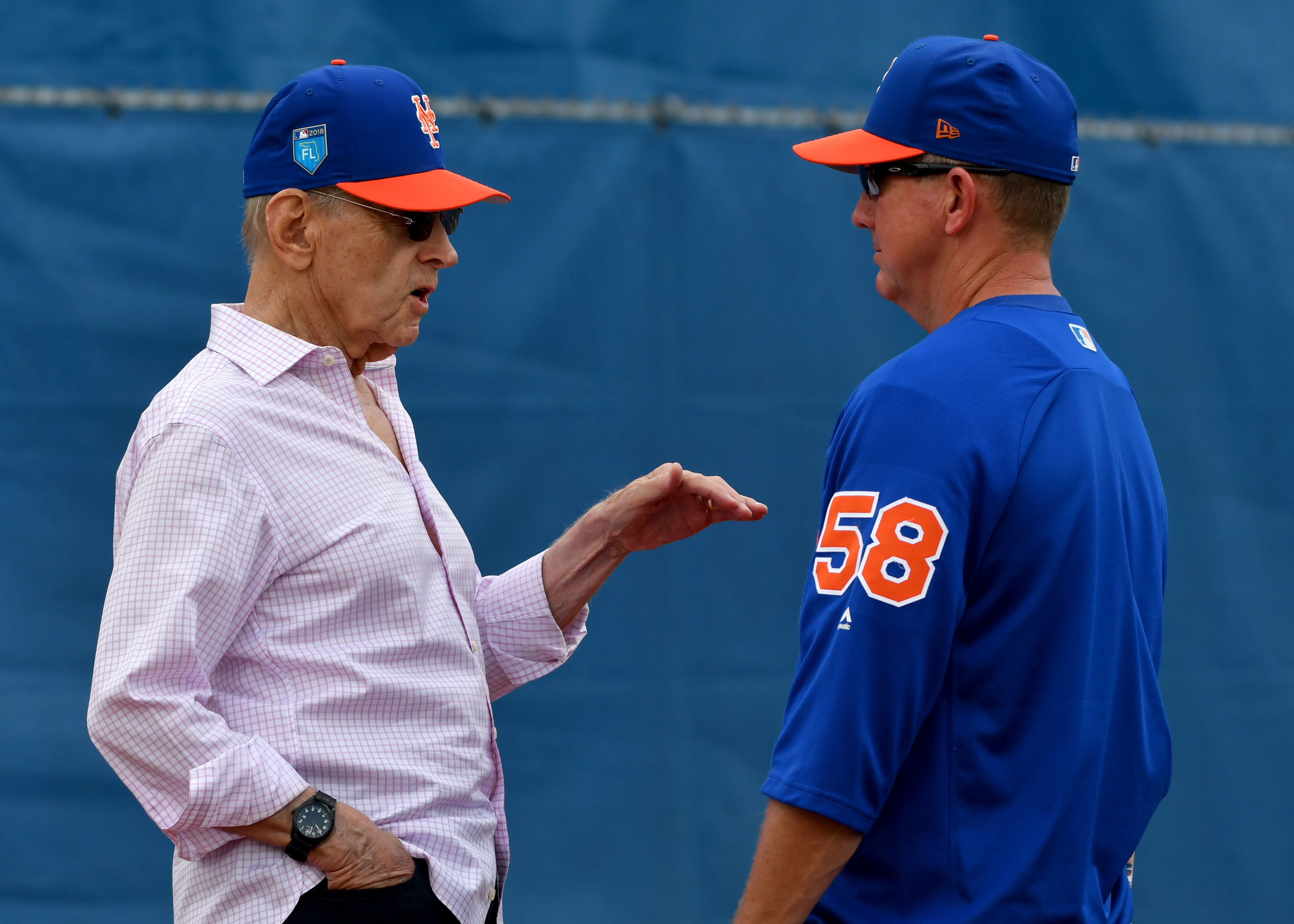 Does New York Mets' Ownership Even Care About The Team's Disastrous Season?

Last night was more of the same for the New York Mets, who found another way to lose a baseball game. Losing has become common place for the Mets this season, who have dropped 19 of their last 23 games as part of a horrendous 20-44 stretch of baseball. The stretch has taken the Mets from the penthouse to the outhouse faster than any team in history, and the team has gotten more and more unwatchable by the day. As the world continues to burn for the Mets, the men in charge of putting together this disaster continue to hide in the owner’s suite without doing a thing.

While the team across town addresses its fan base quite frequently, the Wilpons have been in hiding for years now. Fred Wilpon hasn’t spoken publicly since the Mets were in the World Series in 2015. His son Jeff, the team’s Chief Operating Officer, spoke for the first time since then in January when he gave the media some strange quotes about how the Mets don’t need to spend the most money in order to win. So for those keeping score at home, that’s one public statement from a sports franchise’s ownership group in the New York market in three years. That’s not a good standard for public relations purposes.

To make matters worse, the franchise has been as dysfunctional as ever, with multiple injuries getting mishandled again despite an overhaul of the Mets’ medical staff over the winter. General Manager Sandy Alderson looks clueless when he speaks in public, talking about the silver lining of an 8-8 record in late May immediately prior to the start of the Mets’ 4-19 skid. Alderson doubled down on the craziness last week, saying that the Mets were on the fence of being buyers or sellers despite entering the day 10 games under .500.

Then there is the matter of new manager Mickey Callaway, who has made the franchise look dumb nearly every time he opens his mouth lately. Here are some of the great gems from the Mets’ fearless leader, courtesy of the team’s beat reporters:

Callaway feels like #Mets are putting a lot of pressure on themselves because “this is a tough place to play.”

“This isn’t Cleveland,” he said.#Mets

After Jason Vargas gave up seven runs in 2.1 innings in Colorado last week, Callaway shared these pearls of wisdom with Mike Puma of the New York Post:

Callaway: "You don’t worry about the record. You just worry about how you do your thing every day and how you are playing the game and we’ll start syncing everything up." ... I think he said "syncing."

Callaway will consider another bullpen game in the future if needed: "Other than the seven homers, we did OK. I think that the gameplan was to try to keep us in the game and give us a chance to win if we didn’t have a starter and those guys did that."

Callaway on this losing stretch: "This has been probably the best learning experience for our team than any other stretch we’re probably going to have. ...We’re going to learn about each other a& be a better team b/c we went through this stretch. We’ve definitely learned a ton.”

That’s a whole bunch of bad quotes coming out of the manager’s office, and that’s just in the past couple of weeks. All of these issues come before we even address the team’s awful play on the field, when they can rarely put together a complete game on a given night. The Mets now have the fewest wins in the National League, which is amazing considering that the Miami Marlins are actively tanking and the Cincinnati Reds were 3-18 over their first 21 games.

As the franchise turns into a complete dumpster fire, the Wilpons have done nothing. There have been no public statements indicating that this kind of performance is unacceptable and no one being forced to take the blame, whether it is Alderson or Callaway or even a coach. Mets’ ownership is content to fiddle while Rome burns, and that is a serious problem. Even if you accept the reality that this season is lost, the fact that this group has a chance to lose 100 games for the first time since 1993 should make heads roll. The best course of action would be to start fresh in the winter, having Sandy quietly retire and firing Callaway and actually bringing in new blood to the organization, not simply promoting John Ricco to continue the madness.

The Mets need an outsider’s perspective and fresh ideas on how to build a team in the 21st century, and the Wilpons need to find that person and step out of the way to let them do their job. That means no more meddling with the team’s personnel decisions, which has clearly been the case with the franchises’ stubborn refusal to let go of Jose Reyes this year, and actually spending money on payroll commensurate with the market they play in. Until those things happen, anything the Mets do will be simply slapping lipstick on a pig.

Hall of Very Good 30m ago