Down in the Dominican: Indians June 12-25 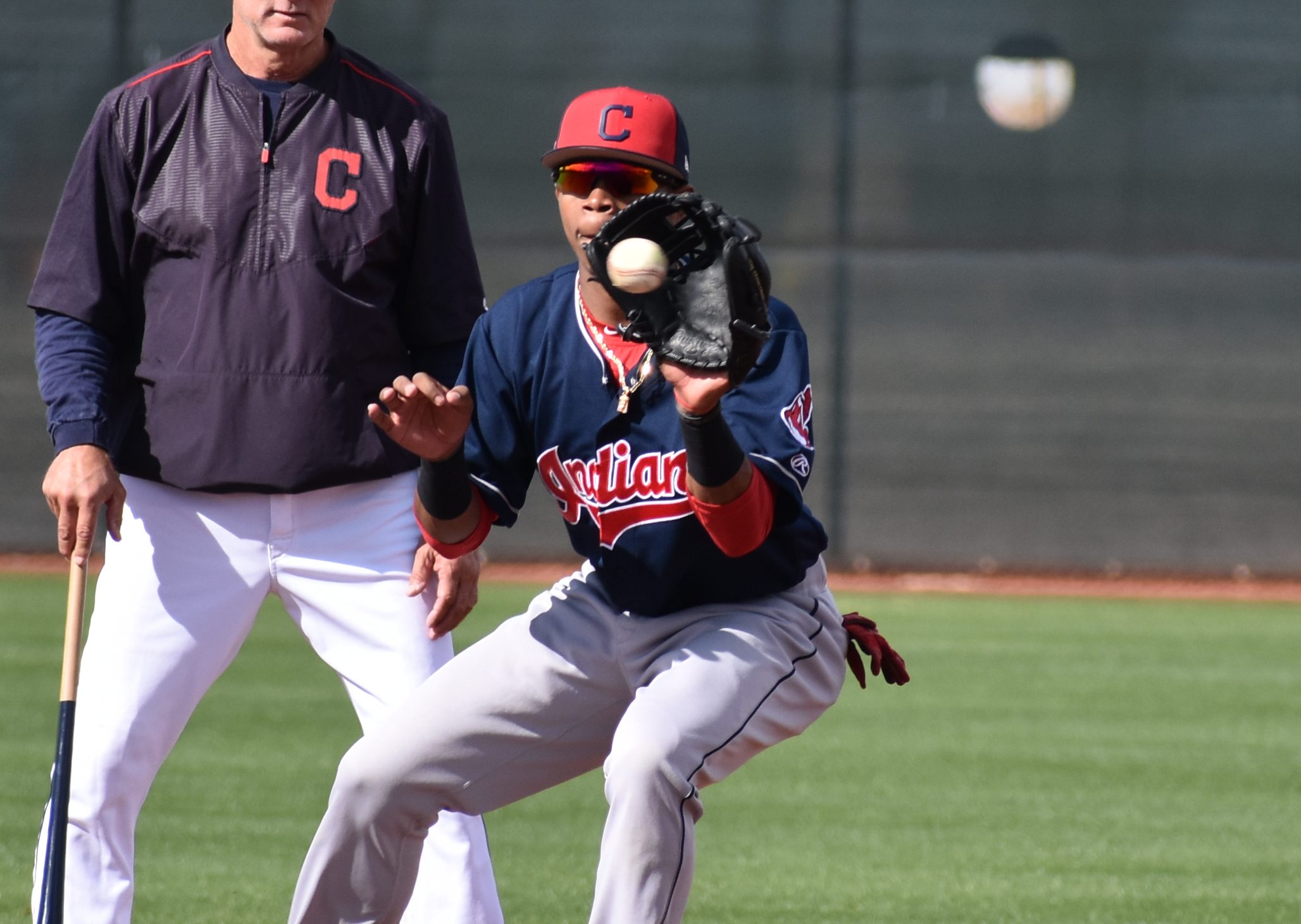 Down in the Dominican: Indians June 12-25

A lot can change in two weeks, but as they were a week into the season, the DSL Indians remain a .500 team (10-10 through June 25th) and many of the same players continue to consistently work at a high level.

Starting at an often overlooked aspect of a DSL team, Jose Oca has been dominant out of the bullpen, pitching 17.1 innings, second on the team including all pitchers. In his last appearance, he went five innings in relief and allowed just two hits, striking out two and lowering his ERA to 0.52 after allowing his first run of the season on June 16th. He’s in his third season at just 19 years old and has increased his strike out rate while decreasing his walk rate. He has greatly increased his innings/appearance as well and could be slated for a rotational spot in the future.

Going in the opposite direction, Luis C. Garcia has been removed from the rotation after making just one start and has struggled in relief, allowing three walks in his first appearance and five runs in 7.1 relief innings. Garcia is now 21 and is also in his third season in the DSL. So far, this is his worst performance.

Beyond Garcia, however, the Indians rotation has been solid with Diarlin Jimenez, Brauny Munoz and Mike Garcia all averaging at least four innings per start with an ERA below 3.00. Wardquelin Vazquez is only slightly behind at 3.29. In general, the team’s pitching problems have come from the relievers not named Oca as four relievers with at least six appearances have ERAs above 7.00. While they have won five of their last eight games, in the three losses 11 runs have been scored in the fifth inning or later.

Unlike their co-op counterpart, the DSL Indians haven’t had trouble scoring runs or winning games. In fact, four times in their last eight they have scored seven or more and they’ve won all four of those games. Cesar Idrogo (who should earn the nickname Khal Idrogo should he ever hit the US) has been particularly hot, leading the team with two home runs and coming off ten game hitting streak that ended on June 23rd. By the end of that streak he had amassed 19 hits, two home runs and two steals in ten games all while striking out just twice. Every year it seems that the best DSL Indians hitters play behind the plate and that trend appears to be continuing with Idrogo. This is just his first season and he is only 17, so he won’t likely hit the AZL until 2019.

Two other 17 year olds with biggers names have also been hot of late as both Brayan Rocchio and Jose Tena are playing up to their top prospect status. Tena has had five multi-hit games since June 6th while Rocchio has had six in his last nine games. Despite going hitless in two of his last three, Rocchio is still hitting .345/.406/.483 on the season while splitting time at short stop with Tena. Aaron Bracho remains on the DL, but is still officially assigned to the DSL Indians.

With the positive, there is always negative and Jeikol Contreras may be the most depressing player on the team right now. While no other player has committed more than two errors, marking a great improvement over last season in overall defense, Contreras has made 11 including three in one game at second base alone. After primarily playing third last year, he has moved to first this year where he has made six errors in nine games (he had three in two games there last year). Offensively, he doesn’t scream power corner as he has hit just .190/.314/.259 this year. He’s only 18 and has a solid walk rate, so it isn’t completely hopeless, but things certainly aren’t going well for the young Dominican.