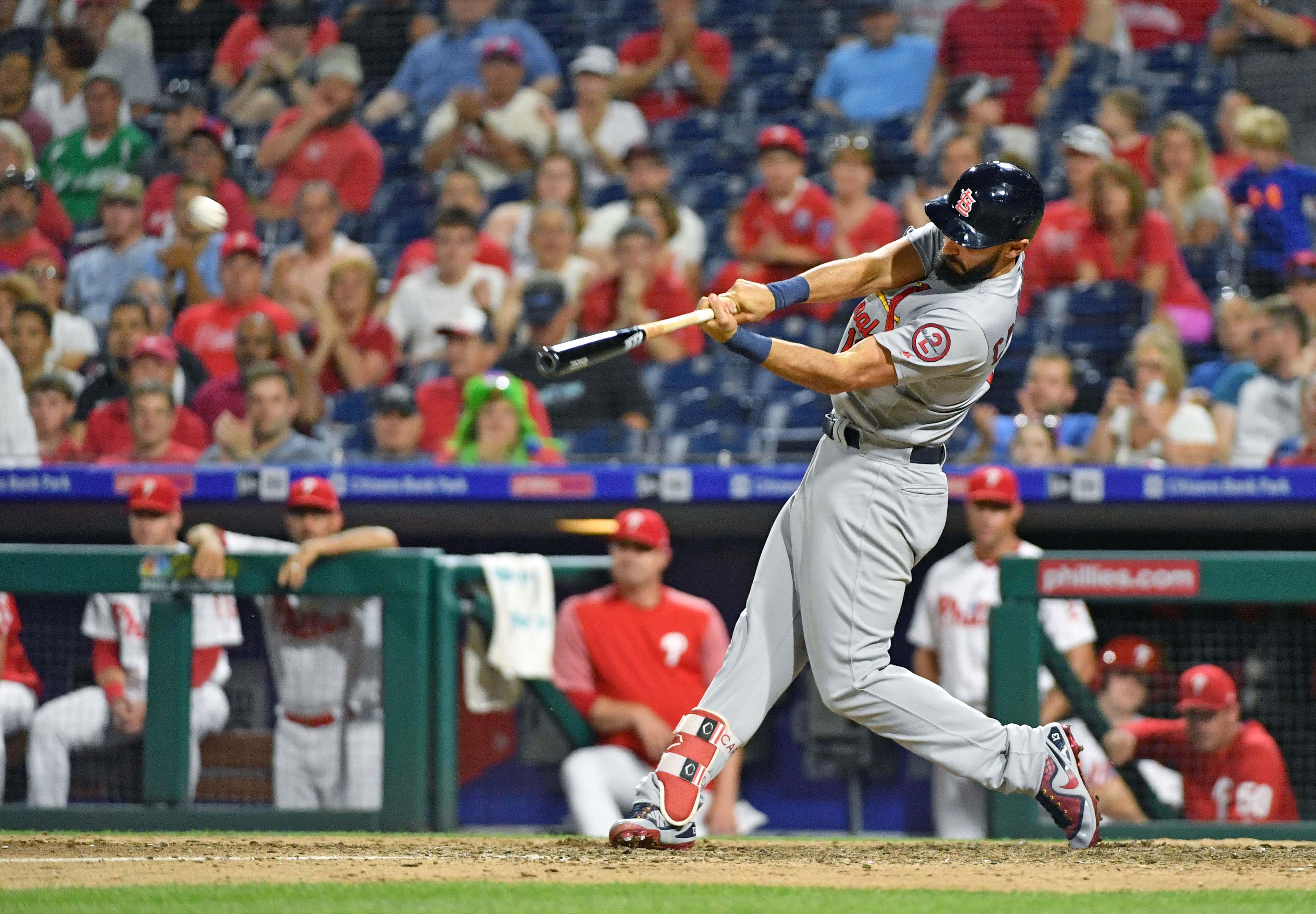 There were some clear reasons as to why St. Louis Cardinals infielder Matt Carpenter had struggled so mightily to start the 2018 season, but it was still confusing.

How could that possibly be, you ask? Well, despite his general lack of contact and abnormally low swing rate (even for him), he was still making incredible contact when his bat actually connected with an incoming pitch.

With a 39.5% hard-hit rate, 29.3% ground-ball rate, and .178 BABIP through his first 140 plate appearances (35 games), one had to imagine that positive regression was coming. After all, it’d be nearly impossible for his overall numbers through this period of time (60 wRC+ and .256 wOBA) to hold true when paired with that kind of batted-ball profile.

Positive regression has indeed arrived for Carpenter, and he’s been enjoying it over the past five weeks. Here’s how his triple slash looks if we split his season into what he did through May 15th and what he did after that (heading into Tuesday night’s game).

It’s not as if he hasn’t earned those numbers, though. Carpenter somehow found a way to take his batted-ball profile to yet another ridiculous level. Prior to Tuesday’s game, he had lowered his ground-ball rate to 23.1% since May 16th, which benefited his line-drive rate (26.9%) and fly-ball rate (50.0%). The real kicker in all of this is his hard-hit rate, which climbed all the way up to 57.3% (!!).

Carpenter wasn’t getting the early results, but his process was good enough that one had to figure his luck would change at some point. It certainly did, but him crushing the ball at an insane level has been a huge key to everything finally falling into place for him.