Is Elias Diaz ready to take over the full time catching duties? 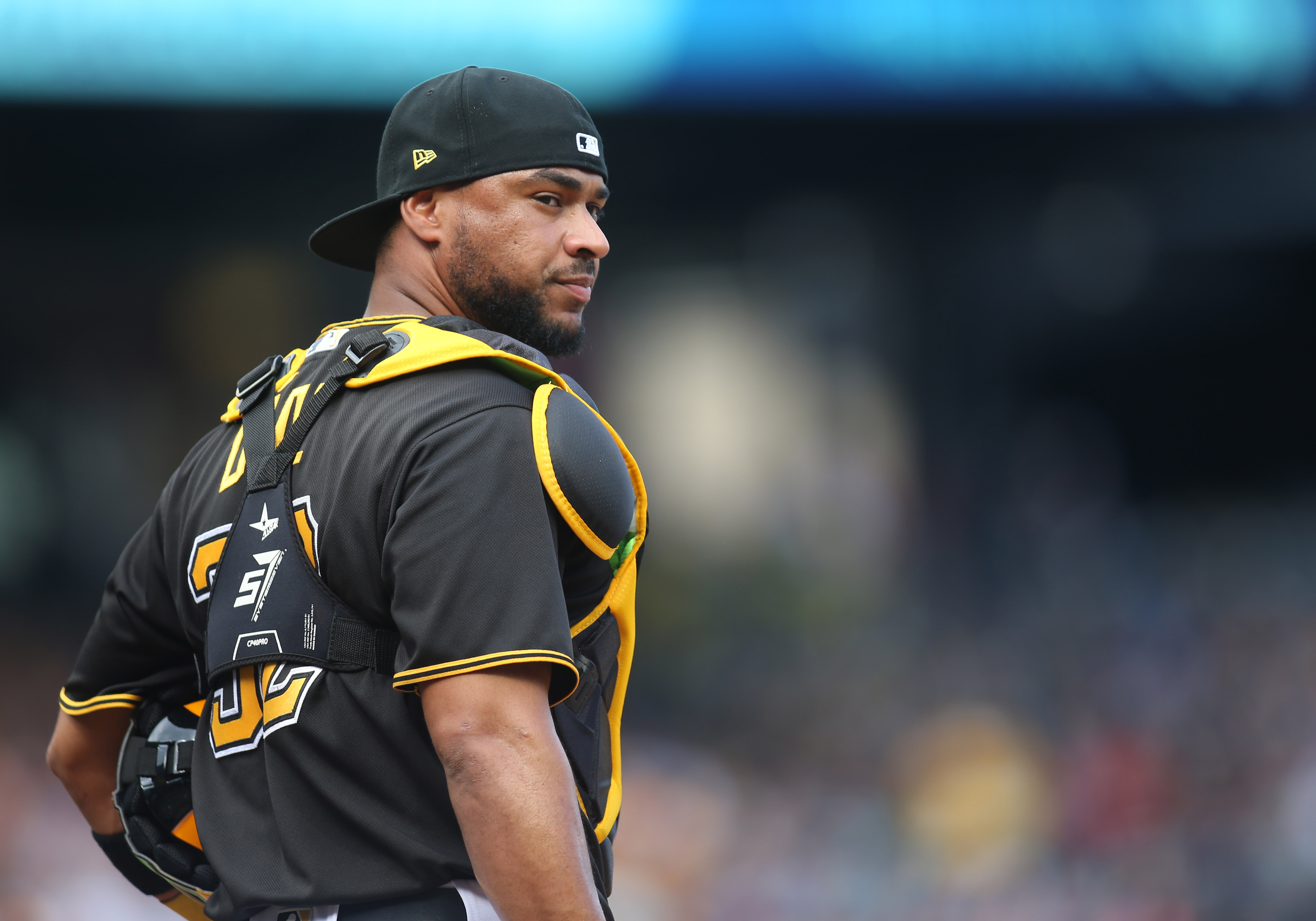 Is Elias Diaz ready to take over the full time catching duties?

Pittsburgh Pirates catcher Elias Diaz has done a fantastic job in his role of backing up Francisco Cervelli in 2018. His batting average has never been below .286 all season and his defense is better than Cervelli, albeit in a smaller sample size.

A disclaimer that this article is all relative to whether Cervelli gets traded in the next month or so.

The speculation is high that the 32-year old will be shipped off to a contender so I wanted to dive into the numbers and see if Diaz is fit to lead a major league pitching staff for the rest of the season and probably beyond.

Before we get into some numbers, I just want to point out that Diaz has been given plenty of opportunities in 2018 because Cervelli seems to be a baseball magnet. He’s been on the DL several times already this year, including his current stint on the 7-day DL with a concussion from taking a foul ball off the mask a few games back.

He was never known for his bat

Diaz’ contributions with the bat are quickly going from pretender to contender.

After last nights 2-for-4 performance, his average sits at .296 with five home runs and he has driven in 17 runs.

His consistency at the plate has been impressive, as mentioned his average has not dipped below .286 all season.

His situational hitting has also been a highlight throughout the first half.

However, it’s not all sunshine with Diaz in key situations. With runners aboard, Diaz’ K% is 18.7 and jumps up to 21.7 with runners in scoring position. As of right now, he is cashing in on a solid amount of his opportunities; however, the boom or bust approach is unsustainable, especially for a guy who has never been known for his stick.

The 27-year old is known for his defensive prowess behind the dish.

However, the first half has been about 50/50 for Diaz defensively. He’s framing pitches well but lagging a bit behind his career numbers in terms of throwing out base stealers. He also has four throwing errors, which is high compared to his minor league career.

I will focus on the framing pitches aspect as it directly affects the pitchers. According to StatCorner.com’s Catcher Report, Diaz has Cervelli beat in every sabermetric stat.

Don’t know what to make of that? That’s fine. Essentially, it means that Diaz gets his pitchers more strike calls by pitch framing than the guy he is backing up.

Diaz progressed through the minor league system with three of the five starters in the Pirates rotation and a handful of guys in the bullpen. He knows them and their tendencies, inside and out.

Truly, the connection between a pitcher and catcher is hard to quanitfy. It is one of the things that makes baseball so special.

The fact that Cervelli and Diaz both have a strong connection with the staff is a big reason why the Pirates need to try and get some value in return for Cervelli’s bat. Plus, a new everyday face and voice may do the pitching staff some good.

I don’t believe that Diaz’ success at the plate is sustainable in an everyday role but it is good to see his power pace jump from the minors. While he hasn’t had the best defensive season for his standards, his abilities and comfort with the staff are a strong combo that can have even the smallest impact on a game.

At this point, I don’t see a situation where Cervelli is with the Pirates past July 31 or as part of a waiver trade in August. If and when that day comes, let’s hope Elias Diaz will able to answer the call.