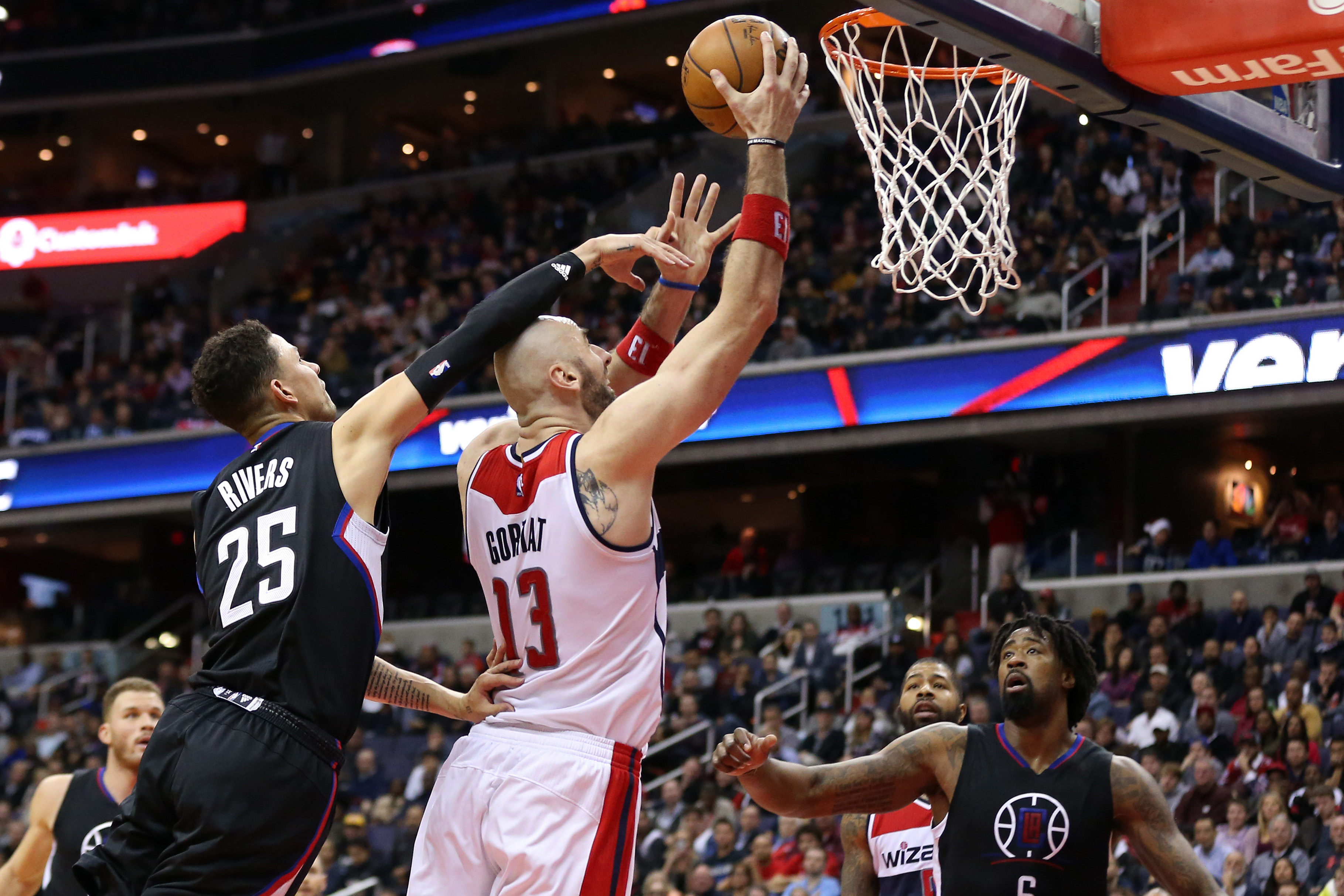 Before last Thursday’s NBA Draft, Hoop District reported that Marcin Gortat’s time with the Washington Wizards would be coming to an end. Although it did not occur with Washington moving their No. 15 overall pick that they eventually used to select Troy Brown Jr., the move was coming and it is here just days before the start of free agency on July 1. The Wizards have acquired shooting guard Austin Rivers from the Los Angeles Clippers, for Gortat, per Woj before Hoop District confirmed. A source said that the Clippers were one of the three Western Conference teams (Ernie Grunfeld was not going to strengthen an Eastern Conference foe) interested in the Polish center last week.

Rivers, 25, provides a legitimate backup to Bradley Beal who had none last season because of an ineffective Jodie Meeks. The former Duke product averaged 15.1 points as a starter last season in Los Angeles. He is a 35.5 percent career three-point shooter and set a career-high last season at 37.8 percent. The son of Doc, his now former head coach, is a sub-par defender with a 113 defensive rating in 2017-18. In 33 minutes per game, Rivers also averaged 4.0 assists, 2.4 rebounds, and 1.2 steals to go along with 42.4 percent shooting from the field. Surprising for a shooting guard, he is a miserable 64.9 percent free throw shooter in his career. The addition of Rivers could keep rookie Brown out of the rotation barring injury and potentially fewer minutes for Tomas Satoransky.

Salary cap wise, the move saves the Wizards a little bit of money, Gortat ($13.565 M) vs. Rivers ($12.65 M), in the swap of expiring contracts. That is always important to Ted Leonsis as he is likely set to pay the tax again this season. With four roster spots open, which do not necessarily need to all be filled (just two), Washington has a team salary of $126.6 million, which is already past the projected luxury tax line of $123 million. The move saves the Wizards $2.3 million, $915,218 in salary and $1.4 million in tax.

Washington now has a major void in their first unit at center as it would not be practical to start Ian Mahinmi and his 7.2 fouls per 36 minutes line from last year. Jason Smith is not the answer either. The Wizards could platoon Mahinmi and Markieff Morris at the five or, the likelier option, they will add a veteran big man (i.e. Nerlens Noel or Dwight Howard?) in free agency on the cheap as they will not have anything but the taxpayers mid-level exception and veteran’s minimum to offer. Whoever it is, John Wall hopes that he is athletic.

“Acquiring Austin gives us another versatile, experienced player who provides scoring and playmaking. He is coming off a career year and his ability to create offense for himself and others will help our second unit and allow us to play a variety of lineups throughout the season.”

“We appreciate Marcin’s contributions during his time with us and wish him the best moving forward. He is a very durable professional who helped the team in many ways to become a perennial playoff contender and set an example with his work in the community both in D.C. and in his native country of Poland.”