Have the Celtics made another offer for Kawhi Leonard? 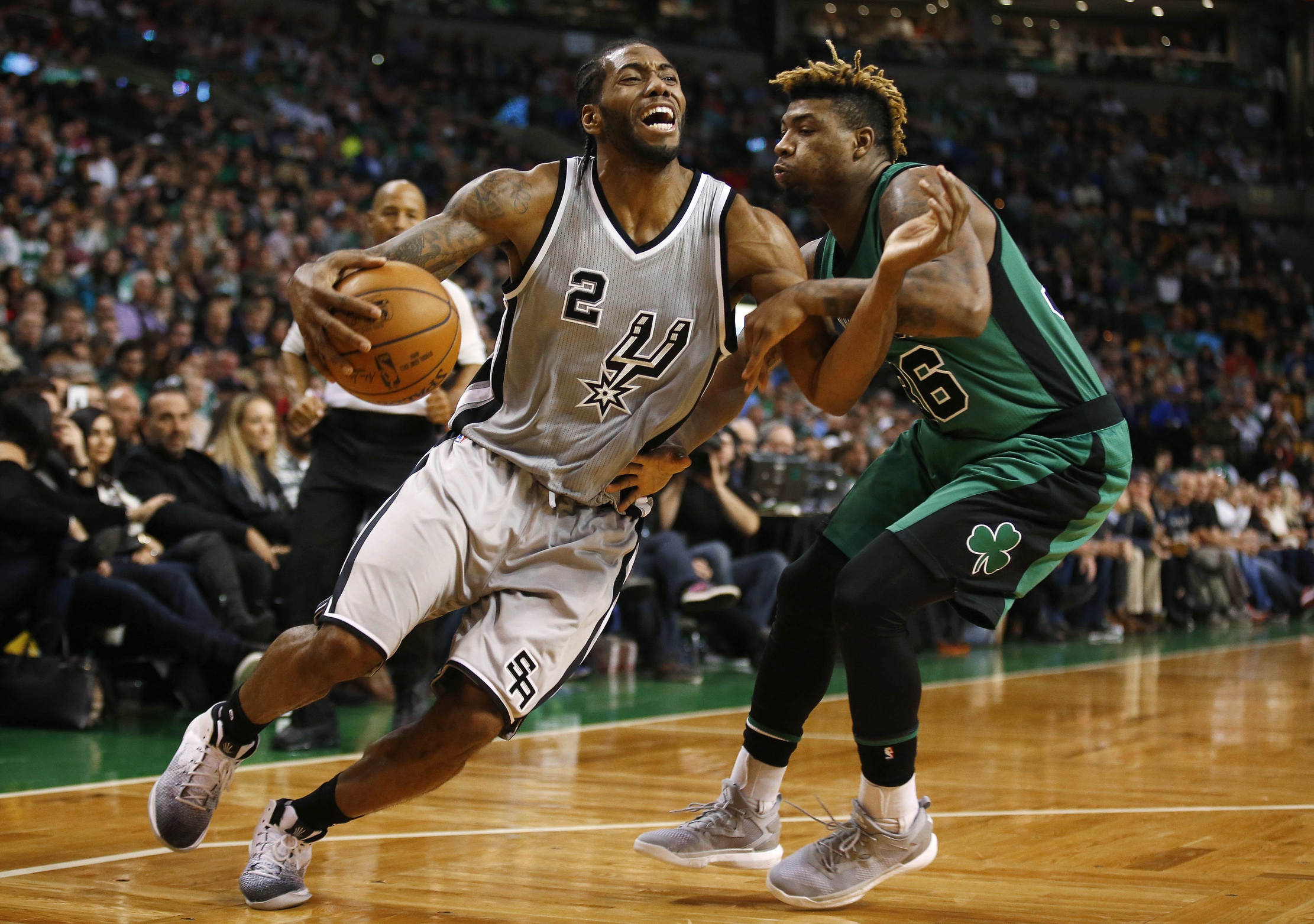 Have the Celtics made another offer for Kawhi Leonard?

ESPN has an update (of sorts) on the pursuits of LeBron James and Kawhi Leonard.

It seems the unflappable Magic Johnson (more on him later) is under pressure to finalize a deal for Leonard before LeBron has to make a decision on his opt-out clause:

As LeBron James remains hesitant to be the first superstar to decide on the Los Angeles Lakers in free agency, pressure is mounting for the Lakers front office to execute a trade with the San Antonio Spurs to acquire disgruntled All-NBA forward Kawhi Leonard, league sources told ESPN.

There’s a race to secure Leonard before James is faced with deciding whether to become a free agent on Friday, especially with concern that Oklahoma City‘s Paul George is no longer assured of signing with the Lakers, league sources said.

Another preference by James that could impact free agency, league sources said, is that he wants to make a decision quickly in July free agency.

The Boston Celtics, Cleveland Cavaliers, Philadelphia 76ers and LA Clippers are among teams who’ve made offers to the Spurs for Leonard, league sources said. The Lakers, the franchise that Leonard wants to be traded to, did not have a good initial conversation with the Spurs, ESPN reported recently.

We know the Celtics made San Antonio an offer in February at the deadline. But did they make another offer after Kawhi went public with his demand? Did Danny Ainge call back and say, “Offer is still on the table.”?

Given what we know about Leonard’s desire to play in LA and the haul likely required to win the sweepstakes, I’m skeptical Danny will pull the trigger,  even if oddsmakers place Boston as the favorite.

My favorite part in this soap opera is that Gregg Popovich is doing everything he can to stiff-arm the Lakers. And you can tell it’s annoying Magic Johnson:

"You know how many finals I’ve been in? So you think I”m worried about this? I played against Larry Bird in the Finals. I played in nine Finals."

Referring to yourself in 1st person and crowing about how you’re feeling no pressure means one thing: You’re nervous af.

Tragic Johnson II just might be released this summer.