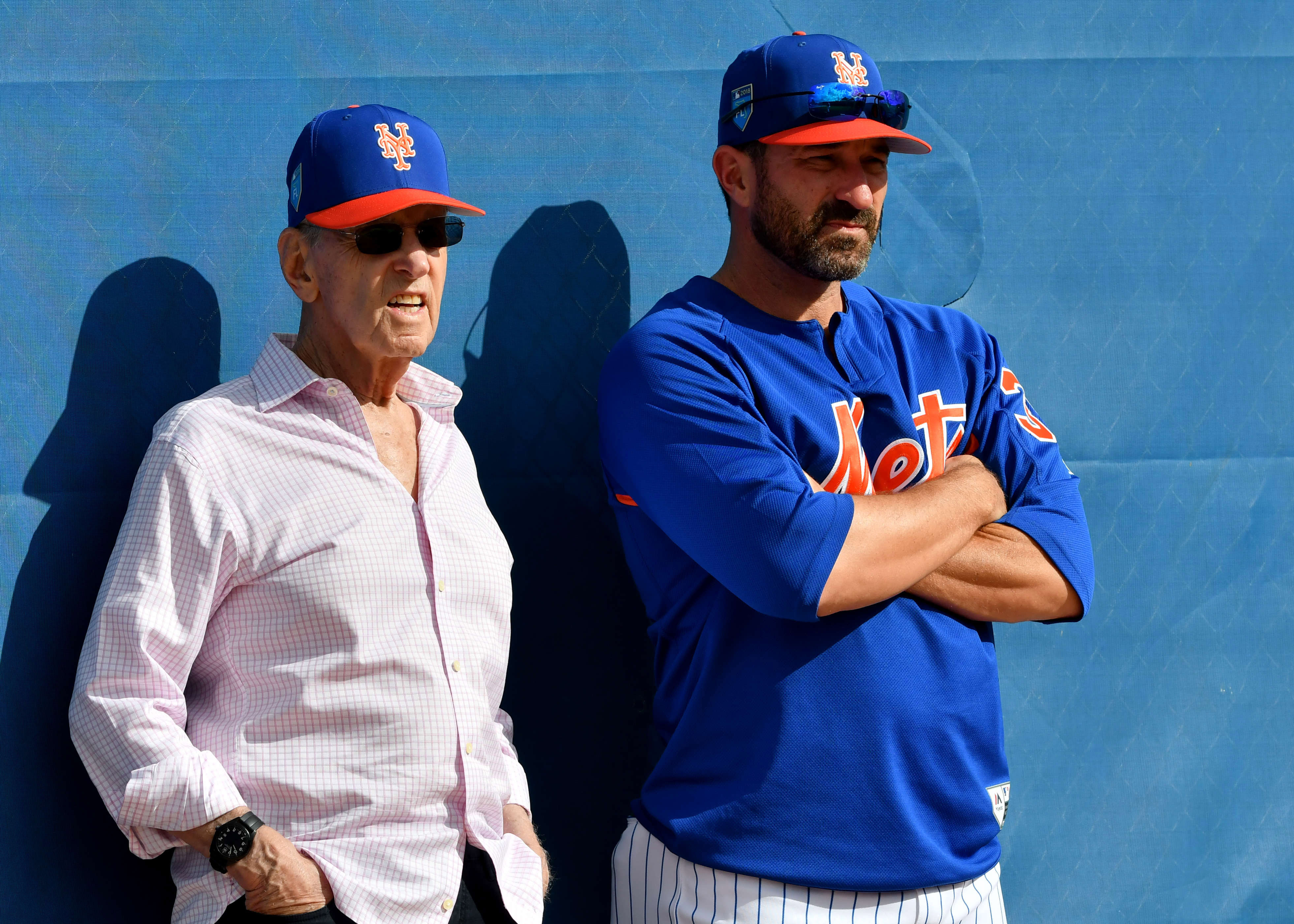 Yesterday was all but confirmed to be the end of the Sandy Alderson era for the New York Mets. With Alderson stepping down to address his health and unlikely to return to his post even if he beats cancer again, the Mets now need to find a permanent General Manager. The team is expected to interview external candidates for the post, Kristie Ackert of the New York Daily News reports, but for now the front office will be led by the trio of John Ricco, J.P. Ricciardi, and Omar Minaya.

Matt Cerrone of MetsBlog offers some thoughts on the unique, although likely temporary, arrangement of having a three headed GM. It is worth pointing out that both Minaya and Ricciardi have experience as GM’s, with Minaya previously running both the Montreal Expos from 2002-2004 and the Mets from 2005-2010 and Ricciardi serving as the GM of the Toronto Blue Jays from 2001-2009. The expectation within the organization had been that Ricco, who has been the team’s assistant GM since 2005, was going to be Alderson’s eventual successor. Cerrone points out that Ricco has more experience in terms of contracts and finances, while Ricciardi has much more of a scouting background. Minaya was brought back over the winter, and while a lot of fans may hope that he will take over again due to his ability to convince ownership to spend money Cerrone noted that Minaya’s focus has also been on player development and scouting, which are his areas of expertise.

For now, the three of them are expected to collaborate on the major decisions facing the franchise in the near future, such as which players to deal at the trade deadline and when to promote prospects like Jeff McNeil and Peter Alonso from the minor leagues. Since it’s unclear if one of the trio will be named the permanent GM, it seems unlikely that the Mets will pull off a major move like trading Jacob deGrom or Noah Syndergaard in season. The Mets will likely focus on selling some of their pending free agents, like Jeurys Familia and Asdrubal Cabrera, or moving players with an additional year of team control beyond this one, like Todd Frazier or Zack Wheeler.

It is also unclear how much COO Jeff Wilpon will be involved in the decision making process. When asked by reporters how this arrangement would work, Wilpon said that the three men would come to a consensus before letting him know what they planned to do. This makes logical sense since Wilpon has to sign the checks, but given the heavy rumors about ownership meddling in the past skeptical fans will wonder if Ricco, Minaya, and Ricciardi really have the final say on all personnel decisions. Either way, the Mets’ immediate future is in their hands, so they will be making a lot of huge choices that could affect the long term success or failure of the franchise.