J.D. Martinez is doing exactly what the Boston Red Sox were hoping he'd do 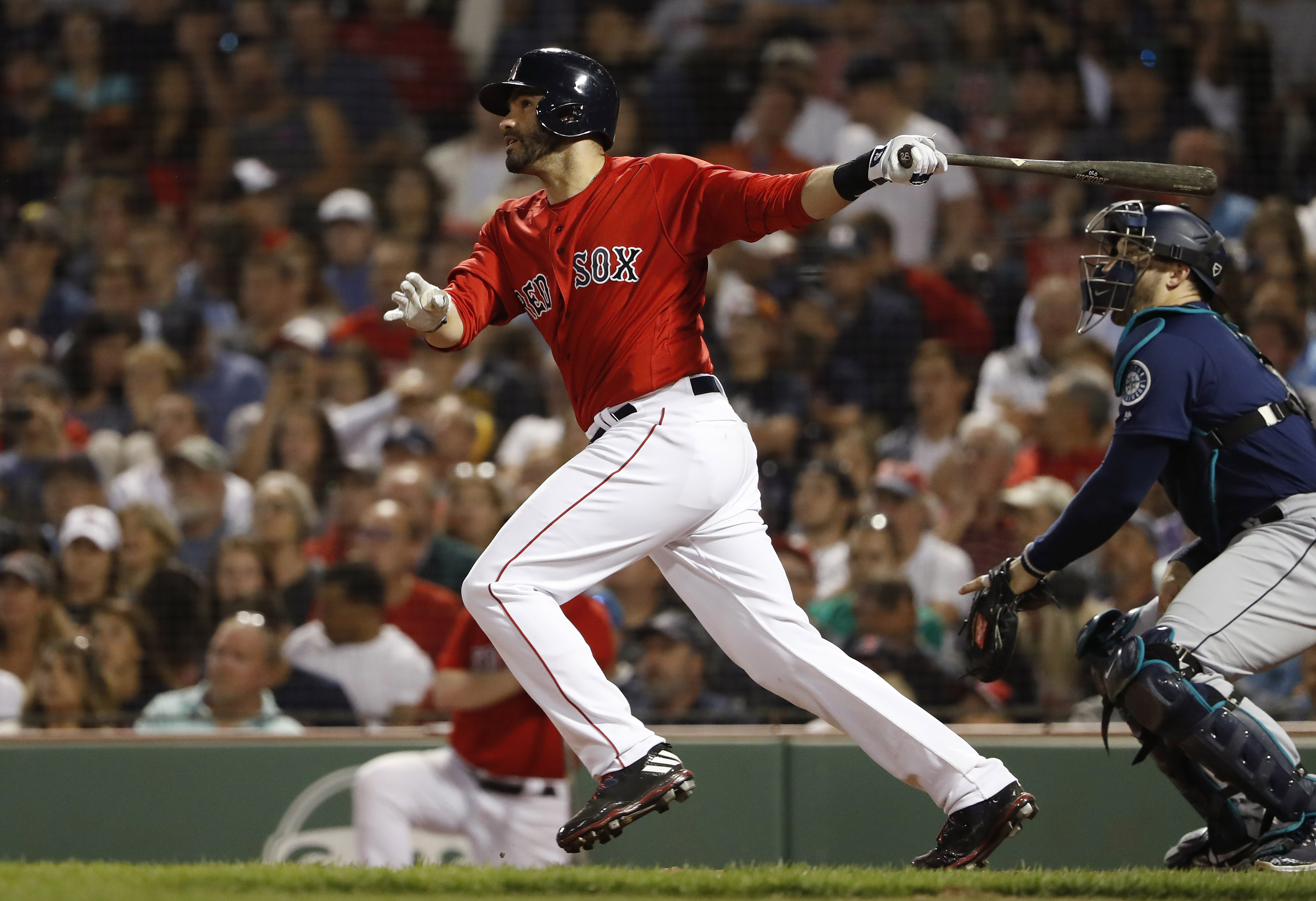 J.D. Martinez is doing exactly what the Boston Red Sox were hoping he'd do

Although it took way too long to actually come to fruition, the Boston Red Sox had a sincere interest in slugger J.D. Martinez throughout the winter for one main reason: all of the dingers.

In the organization’s first campaign without David Ortiz, Boston struggled with generating power, ranking last in the American League with 168 homers. It was already an issue that needed improvement, but the need became even greater once the New York Yankees acquired Giancarlo Stanton.

Martinez’s 2017 campaign was limited to just 489 plate appearances, but he still managed to slug 45 dingers to go along with a .387 ISO and .690 slugging percentage. He was the best pure slugger on the open market this past winter, and the Red Sox were able to sign him for just five years and $110 million, which is a bargain considering what the early asking price was.

We’re only about halfway through the regular season schedule, but it’s rather clear that the veteran has been worth every penny. He hit his 25th homer of the year Wednesday, which leads all of baseball and provides us with this statistic.

J.D. Martinez hits his 25th HR of the season, the most ever by a Red Sox player through the month of June pic.twitter.com/2MleLIkPyX

And he still has a few days left to improve upon this number.

This is just one aspect of how valuable he’s been as a middle-of-the-order presence in manager Alex Cora‘s lineup. To further put it in perspective, we can once again go back to last year’s numbers to see that Mookie Betts paced the squad with 24 bombs.

So, it’s taken fewer than 330 plate appearances for Martinez to pass that particular number. What makes this run of incredible power even more impressive, though, is the way in which he’s getting the job done.

Since breaking out with the Detroit Tigers, Martinez has had a knack for hitting the ball hard at a high frequency. It’s gone up a notch over the past couple years, though. After posting a 49.0% hard-hit rate in 2017, that number was sitting at 50.5% heading into Wednesday’s game.

That percentage (coupled with a 7.9% soft-hit rate) becomes even more important because of a drop in fly-ball rate. Martinez hit fly balls at a 43.2% rate last season, but that number has gone down to just 31.5% so far this year, which would be a career-low mark if the season ended today.

With this kind of change in his batted-ball profile, it’s making the most of the balls he is putting in the air is crucial. He’s shown an ability to do that — his 1.5% infield-fly rate, 2.9% soft-hit rate, and 64.7% hard-hit rate on fly balls specifically are all on track to be career highs.

The hesitance to hand over a $100-plus million contract to a player entering his age-30 campaign is warranted based on recent history. Martinez has been as advertised, though, and exactly what the Red Sox needed in this offense.