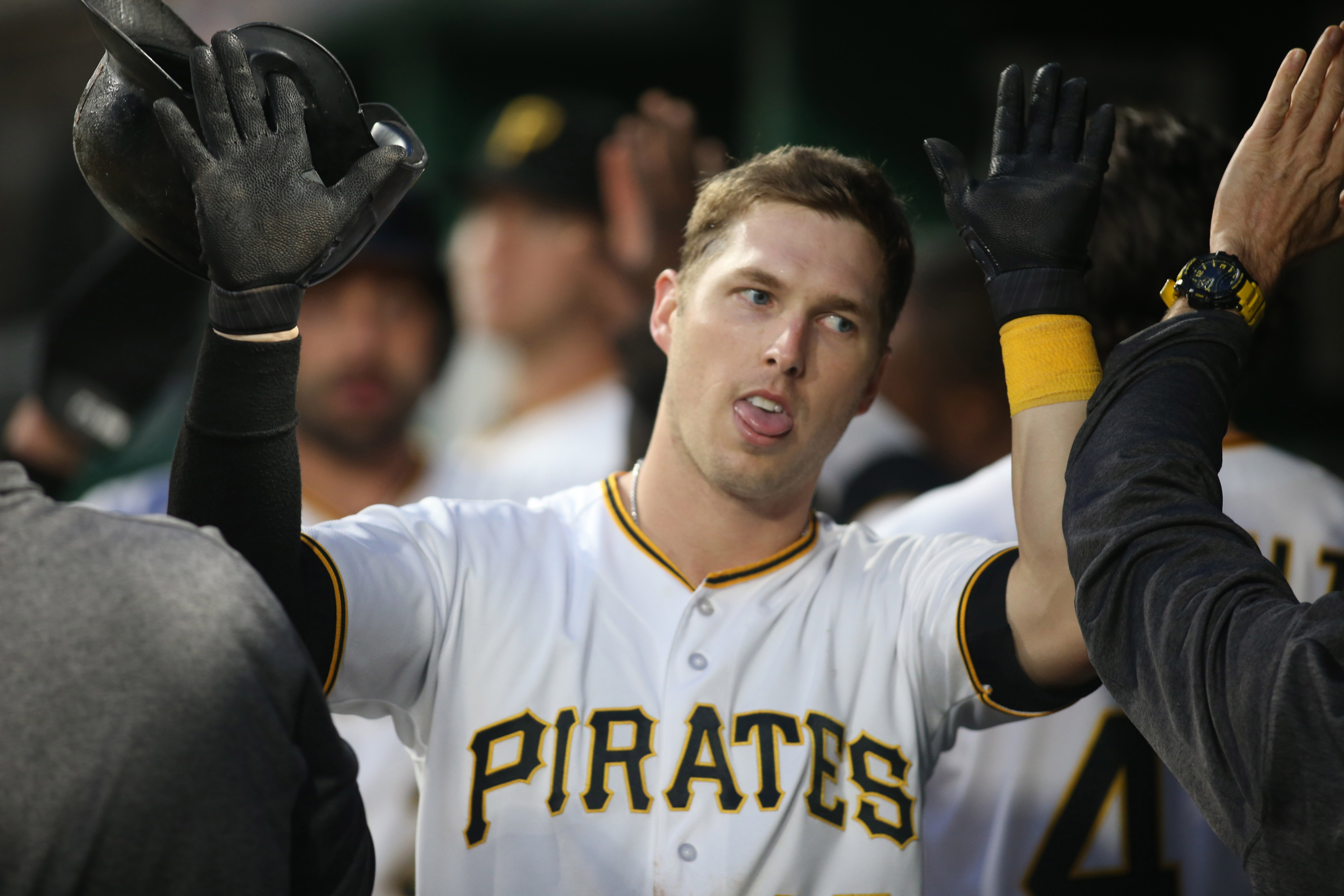 After another unproductive day at the plate Monday night that saw Pittsburgh Pirates outfielder Corey Dickerson go 0-for-3 again, you have to start wondering if Clint Hurdle’s four-man outfield rotation should be over.

And if it is, you can make a compelling case that Dickerson should be the odd-man out right now and not Gregory Polanco.

Polanco hasn’t exactly been lighting the world on fire, but he’s been much better overall during the month of June and he’s been a ton more valuable than Dickerson.

Dickerson is in a terrible funk right now that has seen him go since May 4 without hitting a homer and since June 1 without driving in a run.

Since that last homer on May 4, Dickerson has managed just a whopping .368 slugging percentage.

Everyone jumped all over Polanco for his slump and wanted everything from him being traded to sent to the minors.

Why not the same for Dickerson?

Here’s a look at just how bad Dickerson has been this month compared to Polanco.

It’s not pretty as Polanco is better across the board in every category except batting average when Dickerson holds a .265 to .245 edge in the period from June 1 to June 26.

The biggest thing to me that shows Dickerson’s struggles is the groundball rate of 53.7 percent.

He’s just beating the ball into the ground half of the time.

Dickerson is still getting his knocks here and there as his overall line of .296/.333/.442 is still respectable, but he isn’t doing much as of late to help the Pirates win.

He’s striking out more often, not driving in runs and not getting extra base hits.

He’s also not walking, having only drawn one free pass all month. That’s actually something that I’ve liked that Polanco has gotten back to doing.

If the roles were reversed, and they were just a couple of months ago, everyone would be screaming for Polanco’s head.

Hurdle moved Dickerson down to the six hole in the lineup on Monday, hopefully that helps him break out of it.

Ideally yes and that has been Hurdle’s goal to get him more rest, but that was long before Dickerson’s slump.

Dickerson’s struggles started around the time Hurdle wanted to go with four outfielders and who knows if constantly being in and out of the lineup has had an impact on Dickerson, but regardless, the numbers aren’t very good.

Now that he isn’t hitting, it makes sense to sit him down more often, but Hurdle has never been a guy to put his best eight on the field so Dickerson won’t lose time because of not producing.

Neither Dickerson nor Polanco should be taking at bats away from Austin Meadows or Starling Marte.

That leaves a pair of struggling players in Dickerson and Polanco to fill one outfield spot.

The fact that they are both left-handed batters rules out a platoon, but Hurdle needs to split the at bats up between Polanco and Dickerson and run Meadows and Marte out there almost every night.

To be honest, until Dickerson comes out of it, I would give more time to Polanco.

He’s come around a bit as of late and has earned a shot at getting more at bats.

Pirates’ fans like to complain about Hurdle not playing his best lineup.

I hate to tell you, but if he starts doing that right now then Polanco plays over Dickerson.

Until Dickerson can figure it out at the plate, he’s not helping the team offensively.

And if he’s not doing that, Polanco should take some of his at bats away for the time being.