Your Morning Dump... Where Aron Baynes is probably coming back 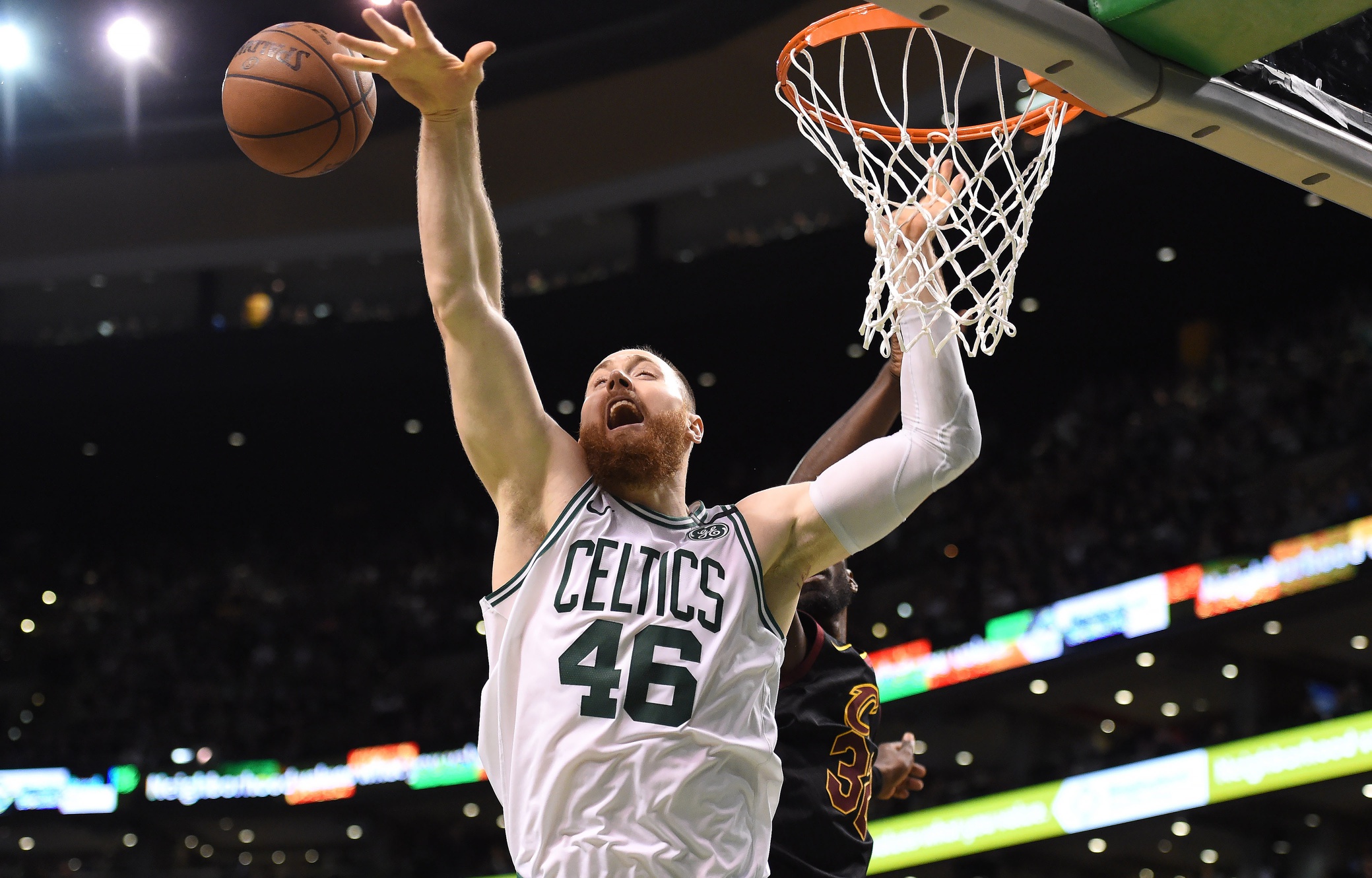 Your Morning Dump... Where Aron Baynes is probably coming back

It was the presence of Aron Baynes in the audience representing the Celtics, which is not common for a player about to hit free agency after having played with a team for just one season.

But it wasn’t just any season for Baynes. It was the first in which the fifth-year pro played an integral part for one of the better teams in the NBA.

Celtics should focus on re-signing Marcus Smart and Aron Baynes
And it’s a role that multiple league sources believe will continue, as they expect the Celtics to sign the veteran big man to a multiyear deal.

Baynes representing the Celtics at the awards show is another sign of the connection he made with the franchise in just one season.

NBCSN: Blakely: All signs pointing toward C’s reunion with Baynes

The Boston Celtics had the best defense in the league last year and it was better when Aron Baynes was on the floor.

Not only is Baynes important to the Celtics defense, he comes cheap. He played last year at $4.3 million and he could get a raise if the Celtics decide to give him the full taxpayer mid-level exception ($5.3 million).

The Celtics probably won’t be players on the free agent market. They are already adding Gordon Hayward, Kyrie Irving is coming back healthy, and first round pick Robert Williams could, maybe, possibly, find a way to contribute in a pinch. Brad Wanamaker fills a super-cheap emergency role (more on him momentarily) and if the Celtics can retain Marcus Smart, there’s real value in running it back.

Besides, wouldn’t it be nice, for once, to keep a team we like intact? Wouldn’t it be nice for us to actually get a tiny bit invested in this group of guys without worrying if half the team is getting shipped off?

Baynes likes it in Boston. Boston likes Baynes. He fits. He even shoots 3’s now. Keeping him makes a ton of sense.

Page 2: Wanamaker signs for the minimum

I talked about him a little when he signed. We also discussed him a little bit on last night’s Locked On Celtics podcast.

This is essentially another Shane Larkin, except this guy has some size to him. He can play and defend multiple positions, he can pass a little, and he can fill in as a ball handler.

If everyone comes back, he might get 15 minutes in certain games. He might get some DNP’s and he might get a couple of starts. That’s just the nature of the beast.

Quality depth is a good thing. The Celtics will do their best to limit minutes in the regular season, so let’s mentally prepare ourselves for that now before we get into the “WHERE IS KYRIE IRVING” screaming matches in the 4th quarter of a close game in January.

Wanamaker will help the Celtics keep minutes down, and he’s going to do it on a rookie minimum deal (which teams can use to sign players when they’re over the cap and it won’t be deducted from any exceptions). He’s done well overseas and he’s got the Gigi Datome stamp of approval… if he can be a taller version of Shane Larkin, then he’ll be a big help.

First they stripped Doc Rivers of his GM powers in Los Angeles… then the Clippers traded his son.

The Clippers traded guard Austin Rivers to the Washington Wizards on Tuesday for veteran center Marcin Gortat, possibly in anticipation of losing center DeAndre Jordan, who can opt out of his contract this week.

How’s the move from Boston treating you now, Doc?

The reality is this was a necessary trade. The presence of Austin Rivers was reportedly causing some consternation in the Clippers locker room with some people saying it contributed to Chris Paul leaving.

Meanwhile Gortat was very vocal on how much more fun it was to play without John Wall, without saying it in so many words. These guys both needed changes of scenery.

If you’re interested, we discussed this trade and some interesting free agents in last night’s Locked On NBA podcast.

Globe: Hayward explains the complication in his recovery

The Athletic: King: In top pick Williams, Celtics dream of versatile defender made for modern NBA

MassLive: Boston Celtics forward Gordon Hayward on his most recent surgery: ‘Now, I basically have a normal ankle’

Herald: LeBron’s home loyalty could push him to re-sign with Cavs  |  Celtics ready to put the work in for top draft pick Robert Williams  |  Magic: I’ll step down if I don’t land free agents for Lakers