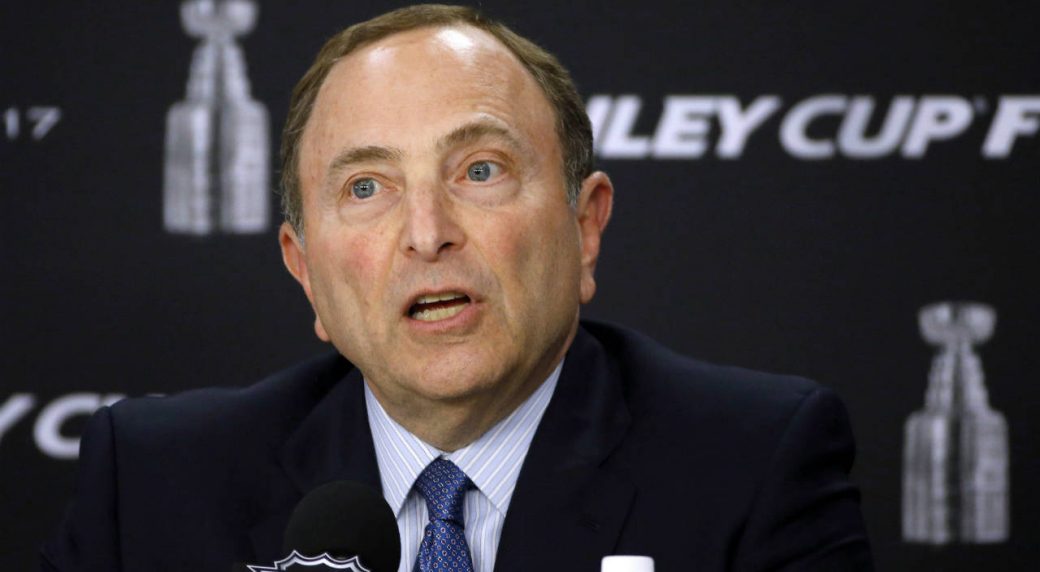 What if NHL Commissioner Gary Bettman, in the middle of some upcoming press conference, suddenly rips down his pants and indecently exposes himself?

The obvious question would be: is he still a Hockey Hall of Fame Builder?

See, this is the main problem with the HHOF Selection Committee inducting active NHL employees into the Hall of Fame, as it did on Tuesday when Bettman was chosen. The enshrinee could subsequently say or do something so heinous, it would give the Hall a huge dilemma: keep him in or kick him out? (Refer to “Eagleson, Alan”.)

Waiting until Bettman retired to take a more measured view of the merits of his final resume may have been the more prudent course of action.

Many fans north of the border genuinely hate him and view Bettman as the symbol of the American takeover of “Canada’s game” that started with his appointment as NHL Commissioner in 1993. That spring, Montreal won the Stanley Cup – the last Canadian franchise to win it all. Soon, Winnipeg and Quebec lost their clubs to U.S. cities and Sunbelt towns garnered expansion teams.

Bettman became an easy scapegoat and frankly, many refuse to think of him as anything but a villain.

Certainly, there’s a lot that has gone wrong with the NHL during his 25 years as commissioner:

On the other side of the ledger, Bettman has overseen several major accomplishments during an era of innovation, internationalization of the league and importantly, large revenue growth:

Look, we all know Bettman can’t take credit for all these accomplishments but to be consistent, not every negative thing that happened during his reign is his fault either. No one can predict the impact of external economic factors such as currency fluctuations which are significant for a league that is unique in having seven Canadian-based teams.

However, I would sharply criticize him for his dangerous stance on concussions especially in consideration of the testimony of retired players plus litigation – and its ugly fallout – that the NFL is dealing with under similar circumstances. I would sharply criticize him for failing to broker an agreement in 2004 that would have salvaged that season.

Yet if the Hall of Fame is about people whose impact on hockey is significant and memorable, then Bettman has made an undeniably huge impact – both good and bad. Out of the wreckage of 2004, a newer, more balanced revenue sharing and salary range gave fans in smaller markets hope of a level playing field. The Competition Committee was born leading to regular rules reviews and changes in the hope of improving the on-ice product.

Bettman and the owners he represents have made glaring miscalculations before – the viability of franchises in Atlanta and Phoenix, for example, but he dared to go back to the desert with Las Vegas and, as this past season showed, so far so good.

Is Bettman a perfect commissioner? Absolutely not.

Is he the worst commissioner ever? No, he’s not Bowie Kuhn.

Could his legacy change depending on his further opinions and actions regarding concussions? Definitely.