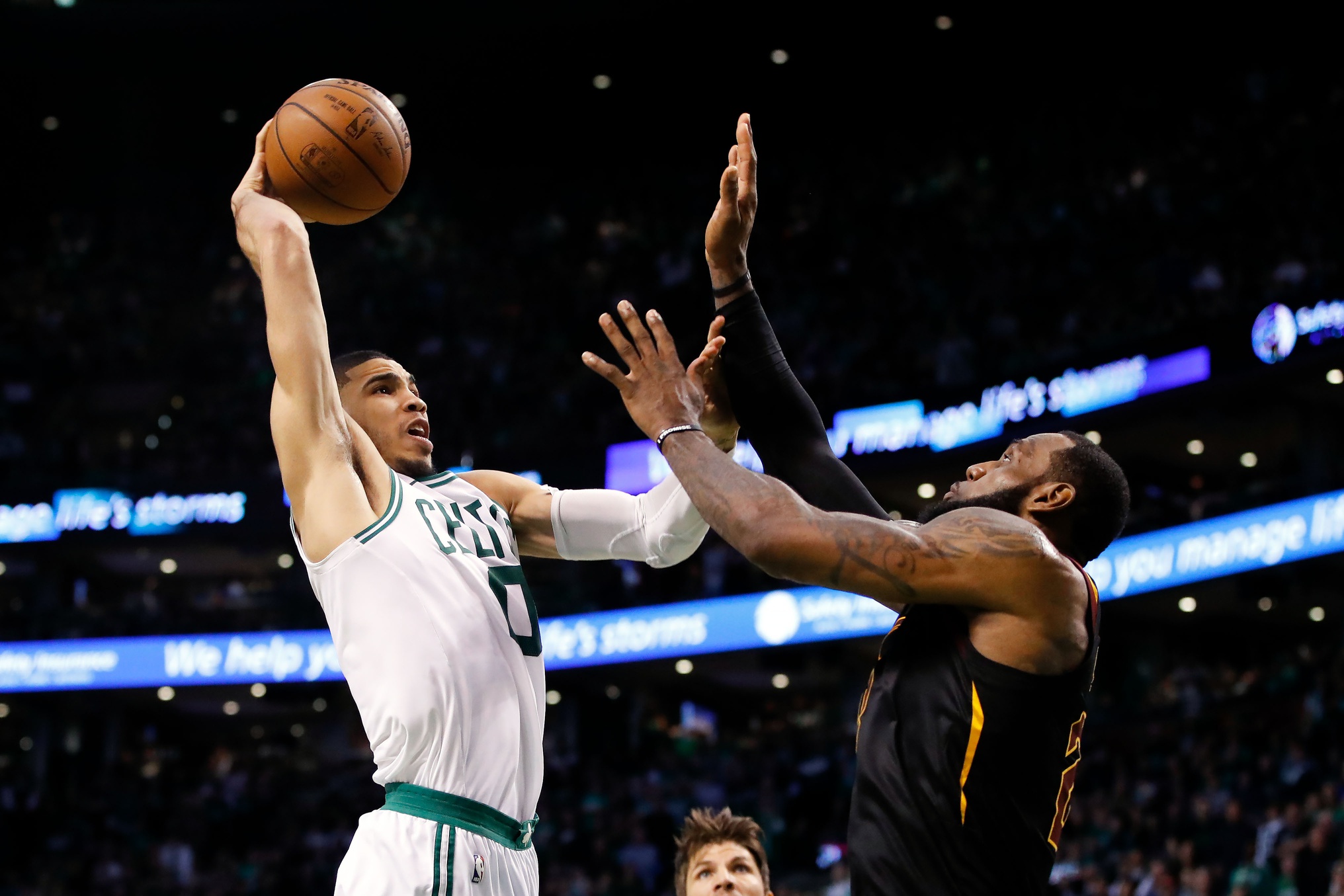 It’s not the type of Celtics news we expected to see today, but according to nba.com’s report, Jayson Tatum’s jersey is the seventh most popular jersey among every team in the league. The top four are fairly predictable – Stephen Curry, LeBron James, Kyrie Irving, and Kevin Durant. Ben Simmons at five is surprising, but not shocking, and James Harden is sixth. Maybe I’m just not paying enough attention, but Tatum all the way up at seventh has me feeling totally blindsided.

Boston is one of the biggest sports markets (and #3 in Most Popular Team Merchandise), and that probably has more influence than anything. Still, Tatum has yet to play in an All-Star game. He’s not featured in movies, music videos, or podcasts. His presence on camera is relatively drab if he’s not holding a basketball. He’s a good guy all around that doesn’t have the gravitational pull of, say, Joel Embiid’s personality. Embiid is eighth on the list, for what it’s worth. Some players are defined by their beards or their shimmy-shakes after hitting big shots. The most interesting thing we’ve gotten out of Tatum is a bunch of Snapchats about tacos (more on this later).

I’m a huge fan of Tatum. I really am. He just doesn’t tick all the boxes of a top jersey seller. Without looking it up, I can tell you that Paul Pierce and Kevin Garnett outsold Ray Allen when they were teammates. (I just looked it up anyway. They did. Garnett was the league’s top seller in 2008. Paul Pierce was 12th coming off a Finals MVP performance.) I’d even put money on Rajon Rondo outselling Allen. Even before all the drama, this was a no-brainer.

Gordon Hayward’s injury and Tatum’s following from Duke probably gave him a boost as well. Oh, and the fact that he’s already blossomed into a star player just after turning 20.

I leave you with Tatum’s messy Snapchat picture of a taco: 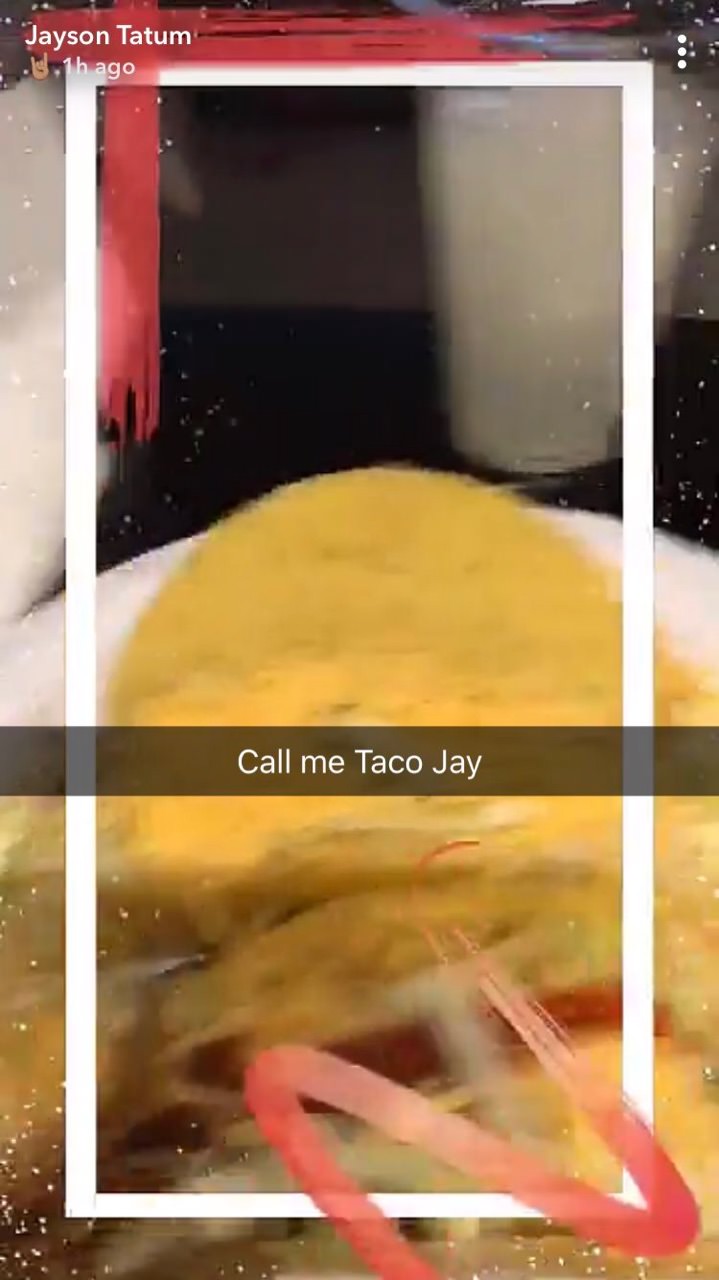