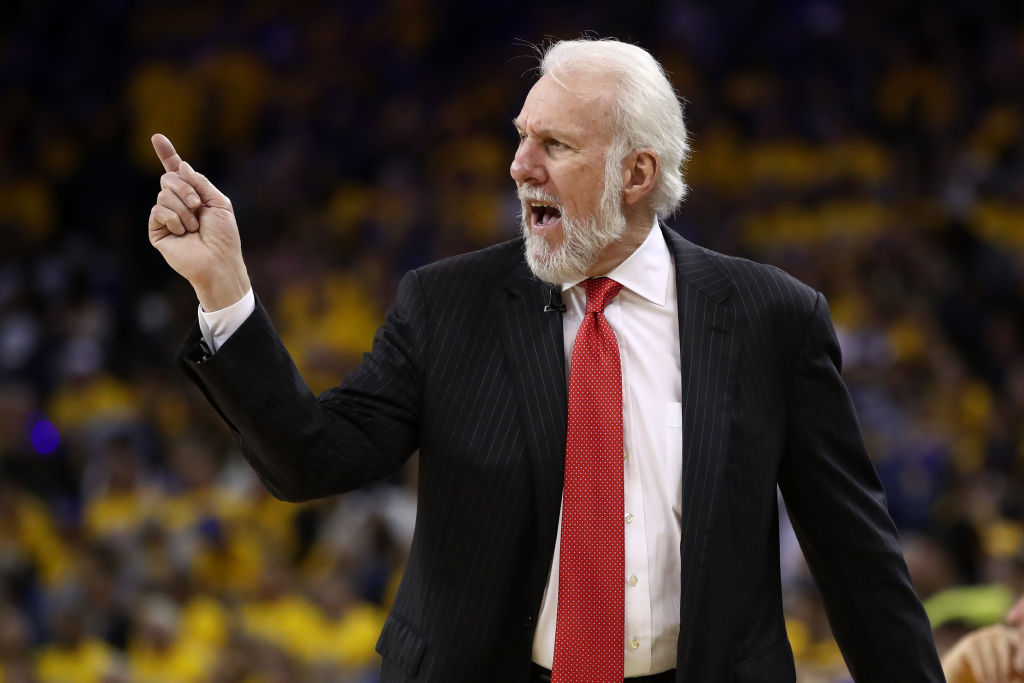 As the trade talks heat up for the Spurs, Gregg Popovich looks to be doing some last minute pleads to Kawhi Leonard to repair the relationship with the franchise and players. Stephen A Smith of ESPN reported that Kawhi was no longer ‘having fun’ in the business oriented style of basketball the Spurs carry themselves as.

Stephen A also noted that Kawhi projected his displeasure over the players calling him out publicly while rehabbing his calf during the season in this meeting again. Kawhi wants to return home to Los Angeles, whether it’s the Lakers or Clippers he is fine with both according to Stephen A.

I cannot imagine Popovich or R.C. Buford completely fine with moving Kawhi. These meetings are likely about damage control to further comfort in returning to San Antonio. The Spurs currently have all of the leverage since they do not have to trade him and can deal him wherever they like.

However, Leonard has noted he will sign with an LA team in the 2019 free agency anyway, decreasing his trade value but at the same time forcing the Spurs to act if they want any pieces in return for losing Leonard.