Paul George wants to 'put a Laker jersey on' 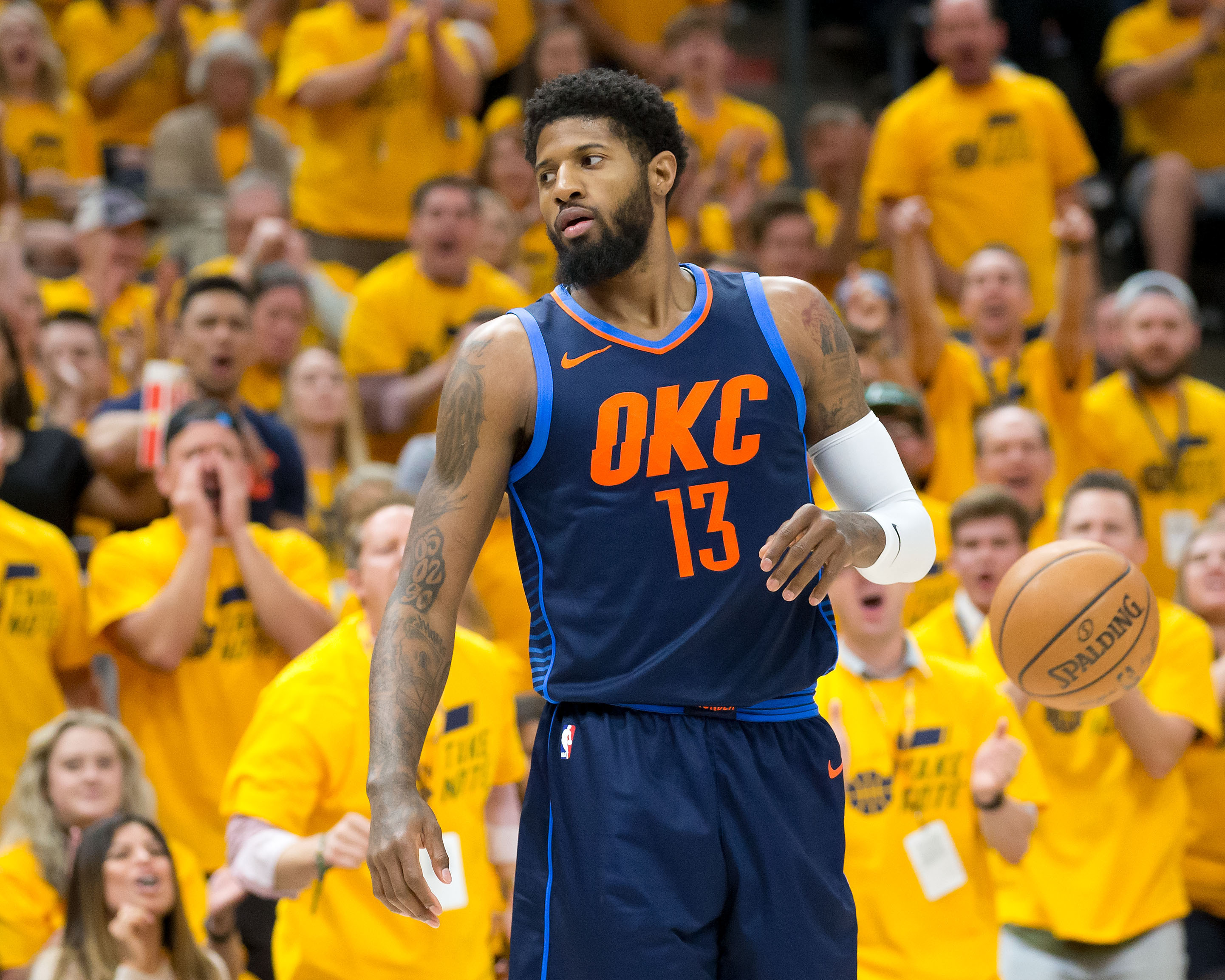 Paul George wants to 'put a Laker jersey on'

Veteran swingman Paul George was born and raised in the Los Angeles area, and he’s a legend in the eyes of the fans that show up to support the Lakers at Staples Center.

And it may be time for him to return home.

George informed the Thunder on Thursday that he plans to opt out of his contract, and will test the free-agent market. That doesn’t necessarily mean he’ll be leaving the Thunder per se, but it does make it seem like the Lakers are a more likely fit for him in the 2018-19 season and beyond.

Even PG13 himself appears to want to join the Lakeshow, which he revealed in the second episode of his ESPN series “Paul George: My Journey.” George was shown sipping some wine with Dwyane Wade, and that’s when he revealed the following.

“I want to be a champion,” George said, as transcribed by The Oklahoman. “In a way, it’s like, I want to come here, I want to play for the home team and put a Laker jersey on. That’s always gonna be something that I want to fulfill. But at the same time, it’s like, what’s the best move, though? I know who I am as a player. I just want to help the team win. And I feel comfortable doing so with Russ (Westbrook).”

Right now, it appears more likely than not that George will team up with LeBron James in Los Angeles. The X-Factor here is the Spurs, who could prevent the formation of a superteam if they elect not to trade Kawhi Leonard to the Lakers. That could potentially derail James’ plans.

As for PG13, though, it does look like he really wants to return home to play in the bright lights of Los Angeles — and who can blame him?