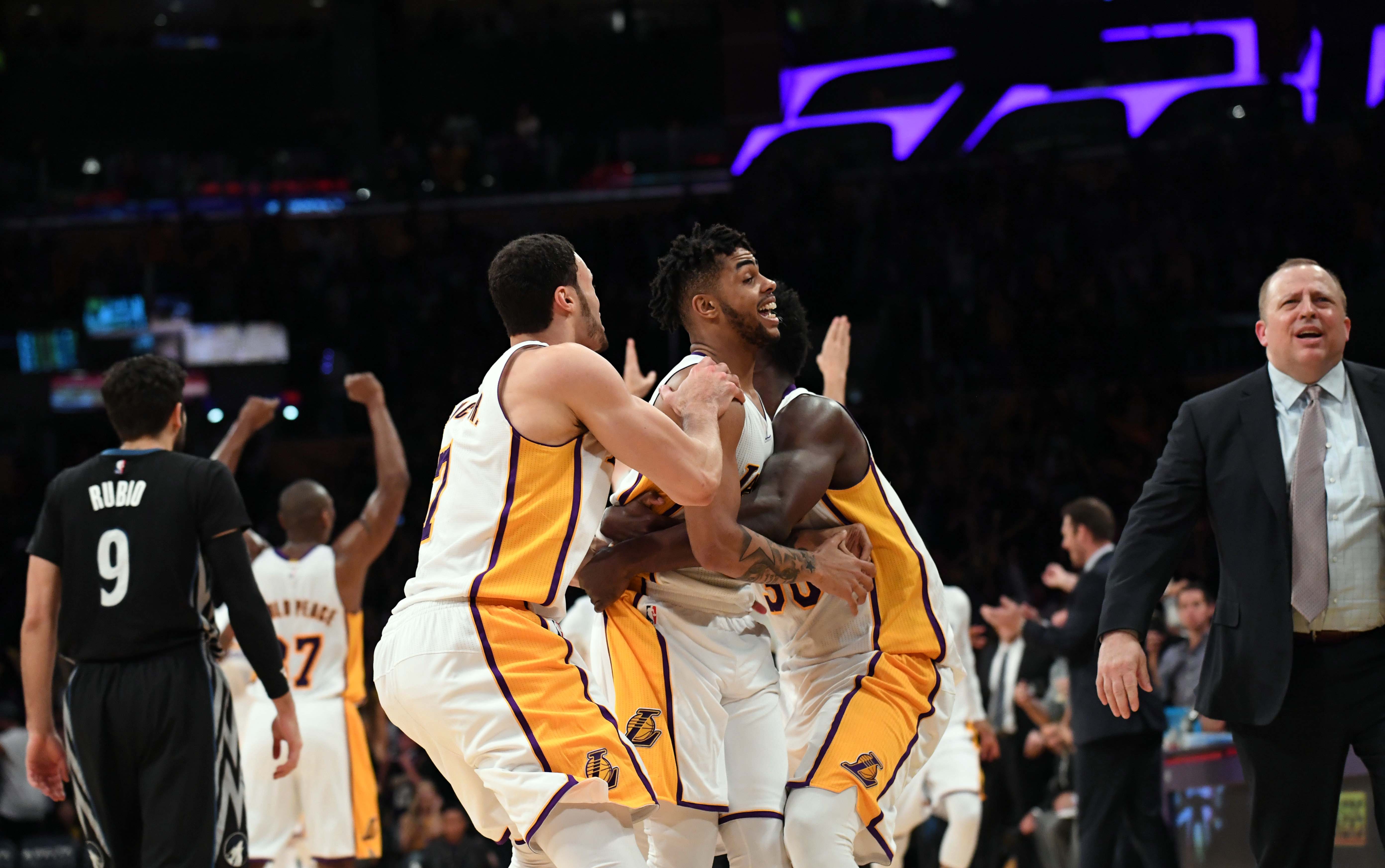 Brooklyn may play host to the reuniting of two players who both began their respective careers with the Lakers.

Julius Randle and D’Angelo Russell showed solid chemistry playing alongside each other from 2015-17, and the Nets appear to be interested in bringing them both together again for the fans at Barclays Center.

The Nets are interested in acquiring Randle, in hopes of pairing him with Russell, according to a report from Nets Daily.

Randle appears to be in favor of reuniting with Russell, and he elaborated on the bond the two shared in Los Angeles.

Julius Randle on Lakers trading DLo: “Me and D’Lo obviously, we came in…you spend two years with somebody and kind of building that relationship and that young core that we had and that bond that we had over the past few years, day in and day out working together, it was tough”

It’s hard to predict if Randle will be available, given that he may be involved in a possible trade for Kawhi Leonard, or a sign-and-trade for Chris Paul.

But if the Lakers can’t trade Randle to land one of those stars, Randle, who will soon be a restricted free agent, could test the market. Stay tuned.