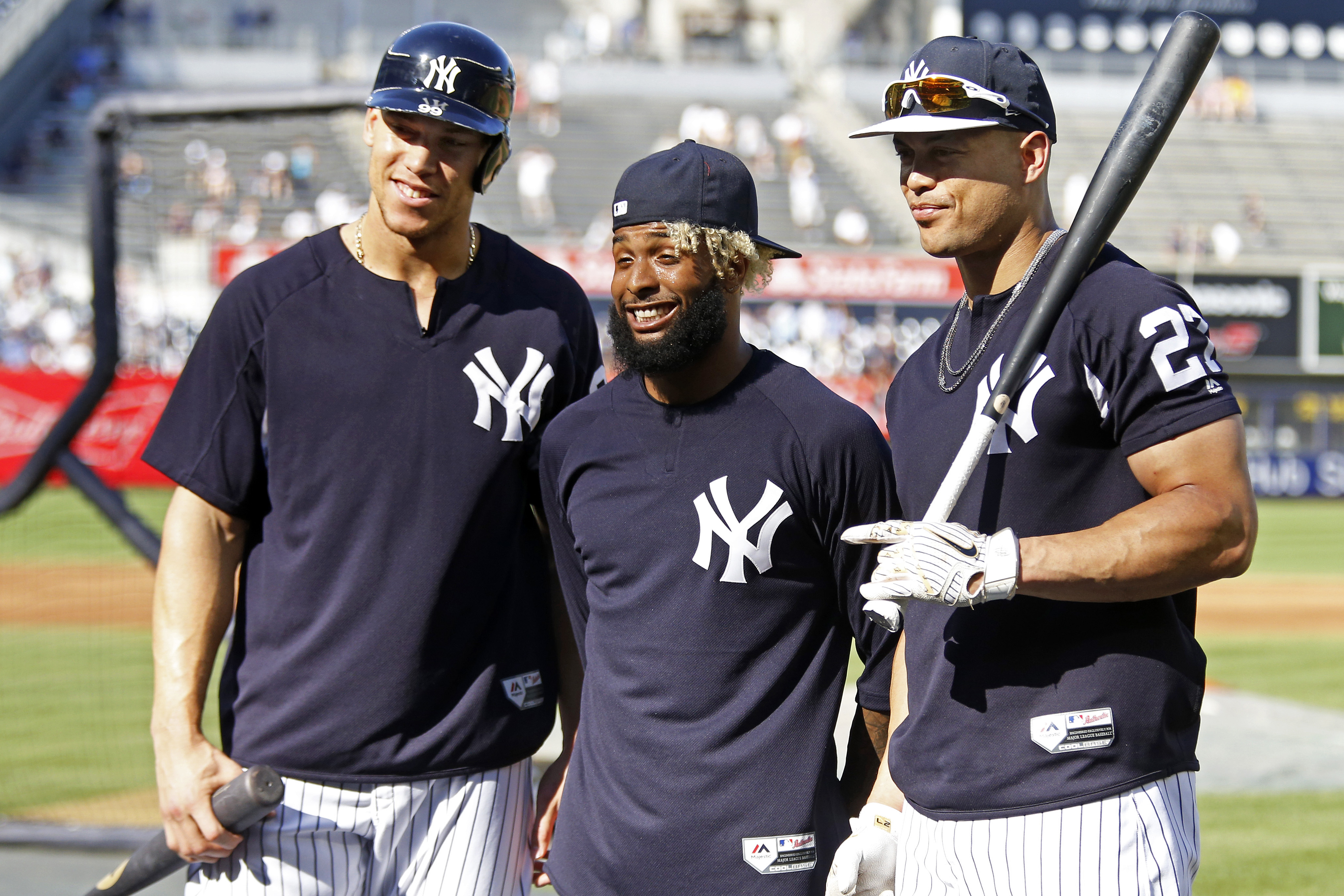 Giants receiver Odell Beckham Jr. can do it all.

OBJ, who was once a letterman in football, basketball, and track back in high school, can apparently swing the bat pretty well also.

Beckham was invited to the stadium in the Bronx for Friday’s Red Sox-Yankees game, and he participated in batting practice. That’s where he showed off his swing for the fans and players at Yankee Stadium.

Nice swing, OBJ. It seemed like he exerted more energy swinging the bat than he did during Giants OTAs.