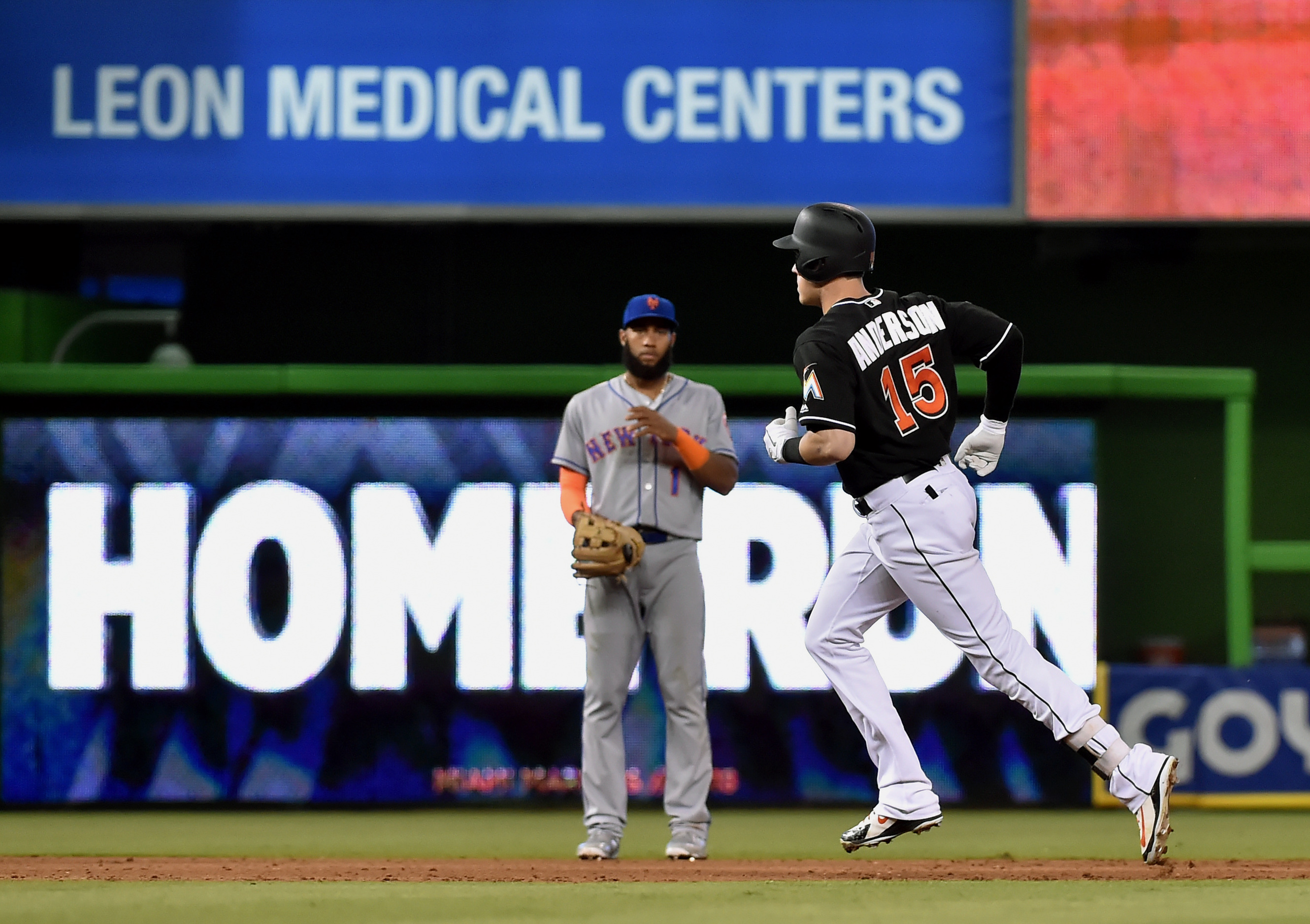 It may have taken two and a half months, but the New York Mets (32-48) finally became what their fans have realized they were: the worst team in the National League. With a 5-2 loss to the Miami Marlins (34-50) yesterday, the Mets fell into a virtual tie with the rebuilding Marlins for last place in the NL East, but the Mets are actually behind Miami due to a worse winning percentage. The Marlins have won the first two games of this weekend series, so the Mets will look to avoid getting swept and salvage the series finale this afternoon. First pitch for today’s game is scheduled for 1:10 pm at Marlins Park.

The Mets will send left hander Steven Matz (3-5, 3.69 ERA) to the mound this afternoon. Matz pitched well in his last start, allowing three runs in seven innings against the Pittsburgh Pirates on Monday, but did not factor in the decision of a game the Mets would go on to win in extra innings. The Marlins will counter with righty Dan Straily (3-3, 4.82 ERA). Straily picked up his third win of the year in his last outing, allowing three runs in 6.1 innings to top the Arizona Diamondbacks on Monday.