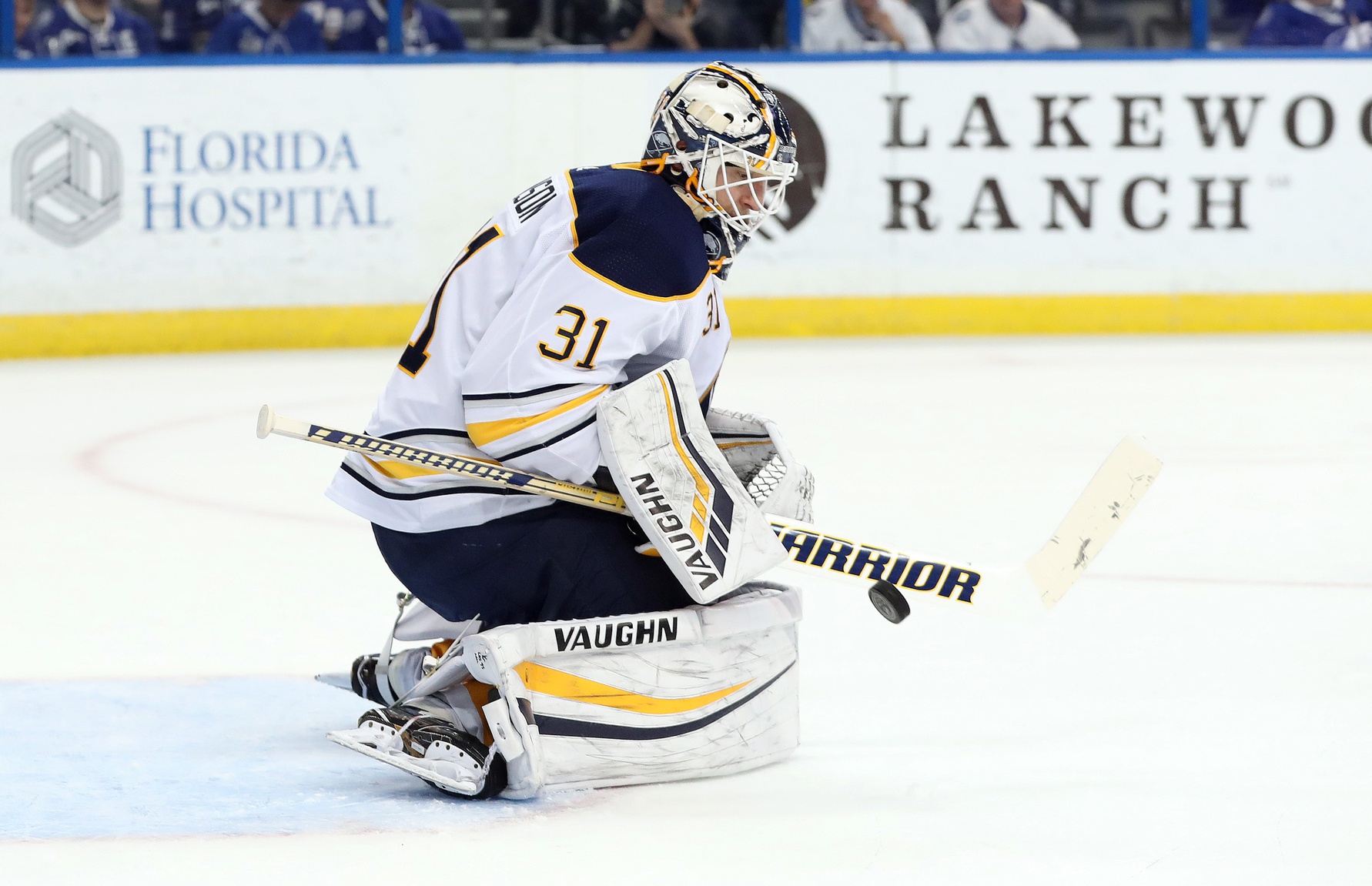 The St. Louis Blues have signed backup goaltender Chad Johnson to a one-year deal worth $1.75 million. Johnson, 32, has been in the NHL since the 2009-10 season, most recently competing with the Buffalo Sabres in 2017-18.

Johnson will slide into the backup role behind Jake Allen.

The Blues reportedly had their eyes on a few different goaltending options (such as Kari Lehtonen), but ultimately landed on Johnson. In 173 appearances, Johnson has a 2.65 GAA and a .910 save percentage. He has bounced around quite a bit in the NHL, skating with six different teams, including two stints with the Sabres.

Let’s be honest – Johnson is not a direct replacement for Carter Hutton. He won’t, barring a major surprise, lead the NHL in GAA or save percentage. He won’t push Allen for time like Hutton did on a regular basis. However, he will provide some NHL experience behind Allen until Ville Husso is ready to make the jump.