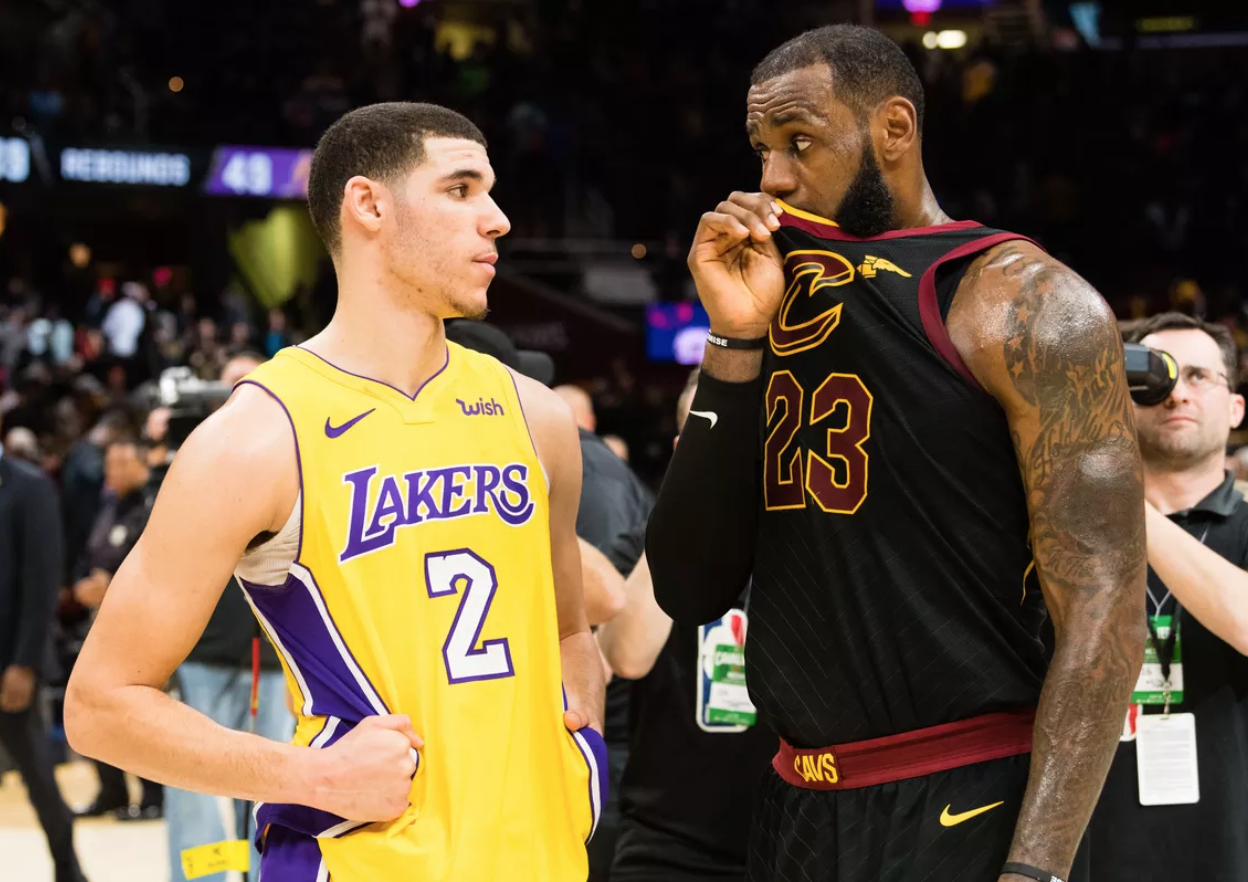 NBA fans certainly remember when Lonzo Ball and LeBron James squared off on the court last season, specifically what happened after the game.

James was seen whispering in Ball’s ear on the court, as the two shared a warm embrace once the game at Staples center was in the books.

That prompted bloggers to go nuts speculating about what James may have said, with some believing that LBJ told Lonzo he’d be joining him in Los Angeles.

Sure enough, that’s exactly what happened. While we still don’t know exactly what was said, we do know what Ball had to say after the news about James broke.

And then there was this from Quavo (of rap group Migos), because of course, Ball had to find a way to promote his sneakers — Big Baller style.

The funny thing here is that Lonzo could end up being traded over the summer. LeBron may not want the drama that his father brings, as well as Lonzo’s shenanigans with Kyle Kuzma. Most importantly, though, James likes to play with shooters who can stretch the floor, and Lonzo can’t shoot. Either way, we’ll soon find out.

Could Brandon Staley secretly be the stand-in for Jake Gyllenhal?  Yes, I know that’s Dylan O’Brien.  I do have a 15 year-old daughter, (…)