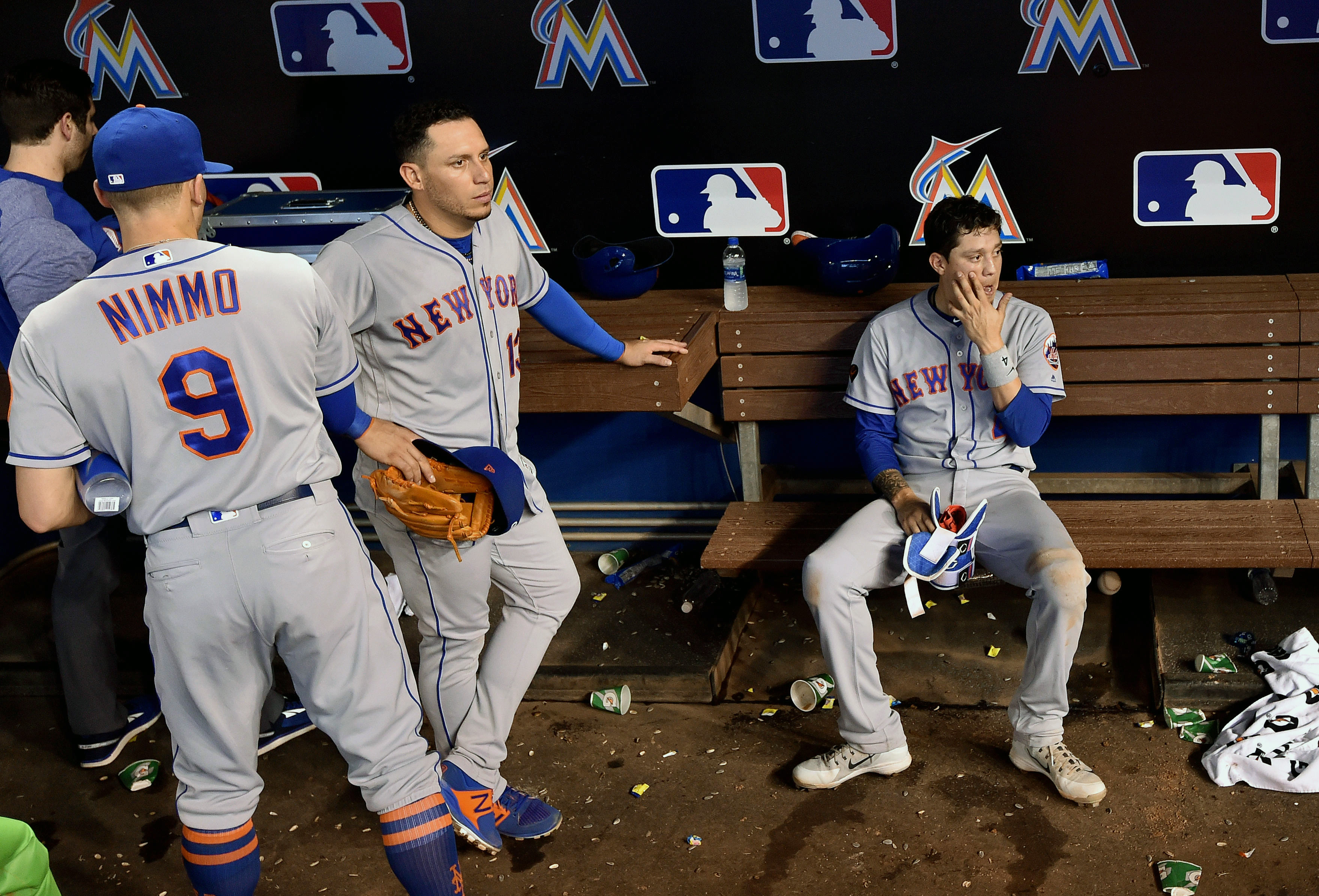 It’s amazing how much of a difference one month can make. At the beginning of June, the New York Mets were a .500 baseball team that was in a prolonged slump but still in the hunt for a playoff spot. The Mets then proceeded to win only five games in 26 tries, leading to the worst June in franchise history and the third worst month since the team was born in 1962. As a result of the Mets’ historic ineptitude, they not only fell into last place in the National League East, they became the worst team in the NL. That is not an easy accomplishment for a team that began the season 11-1.

There really isn’t much to say about the Mets’ play in the month of June. They lost a lot in the beginning, dropping seven in a row and 11 of 12 to start the month. A surprise three game winning streak turned out to be the eye of the storm, as the Mets went right back to choppy waters by dropping 10 of 11 to end June. Mets’ fans also endured a lot of suffering up close as the team went a dreadful 2-13 at Citi Field, finding new and more embarrassing ways to drop games.

The tone of the franchise also began to change as General Manager Sandy Alderson took a leave of absence late in June due to a recurrence of his cancer. Alderson all but conceded at the press conference that he won’t be back even if he recovers, leaving the front office in an uncertain position as the Mets have to decide how to rebuild the worst team in the NL. Manager Mickey Callaway also began to come under fire for all of the team’s losing and his increasingly idiotic comments to the media, leading to speculation that he may be the first manager in franchise history to go one and done.

There weren’t a lot of bright spots for the Mets in June, but one of them continued to be the outstanding work from starting pitcher Jacob deGrom. deGrom, the Mets’ likely All Star representative, pitched to a 2.36 ERA in six starts but went just 1-4 due to a complete lack of support from his teammates. Reliever Tim Peterson was also a revelation for the Mets, coming up from AA Binghamton to post a 0.96 ERA in seven appearances. Zack Wheeler also was sharp in June, pitching to a 3.26 ERA in six starts as he continues to build some trade value in a weak market for starting pitching. The offense was also pretty bad in June, scoring three or fewer runs in 11 straight games at one point, but Wilmer Flores (.286/3/13), Brandon Nimmo (.250/6/13) and Jose Bautista (.250/3/11) at least displayed some competence at the plate.

While many feel that the Mets have already reached rock bottom now that they are the worst team in the National League, there may still be room for them to fall. The Mets have a lot of games against good teams in July, including matchups with the New York Yankees, Philadelphia Phillies, and Washington Nationals. Even mediocre teams have been a challenge for the Mets, who have won just one series over the last two months, so even series against the Toronto Blue Jays, Tampa Bay Rays, Pittsburgh Pirates, and San Diego Padres won’t be easy. The schedule has become all but irrelevant at this point, with the main storyline surrounding the Mets being who gets shipped off by the trade deadline. Pending free agents like Jeurys Familia and Asdrubal Cabrera will get packing sooner rather than later, but how much farther the team tears down remains to be seen.