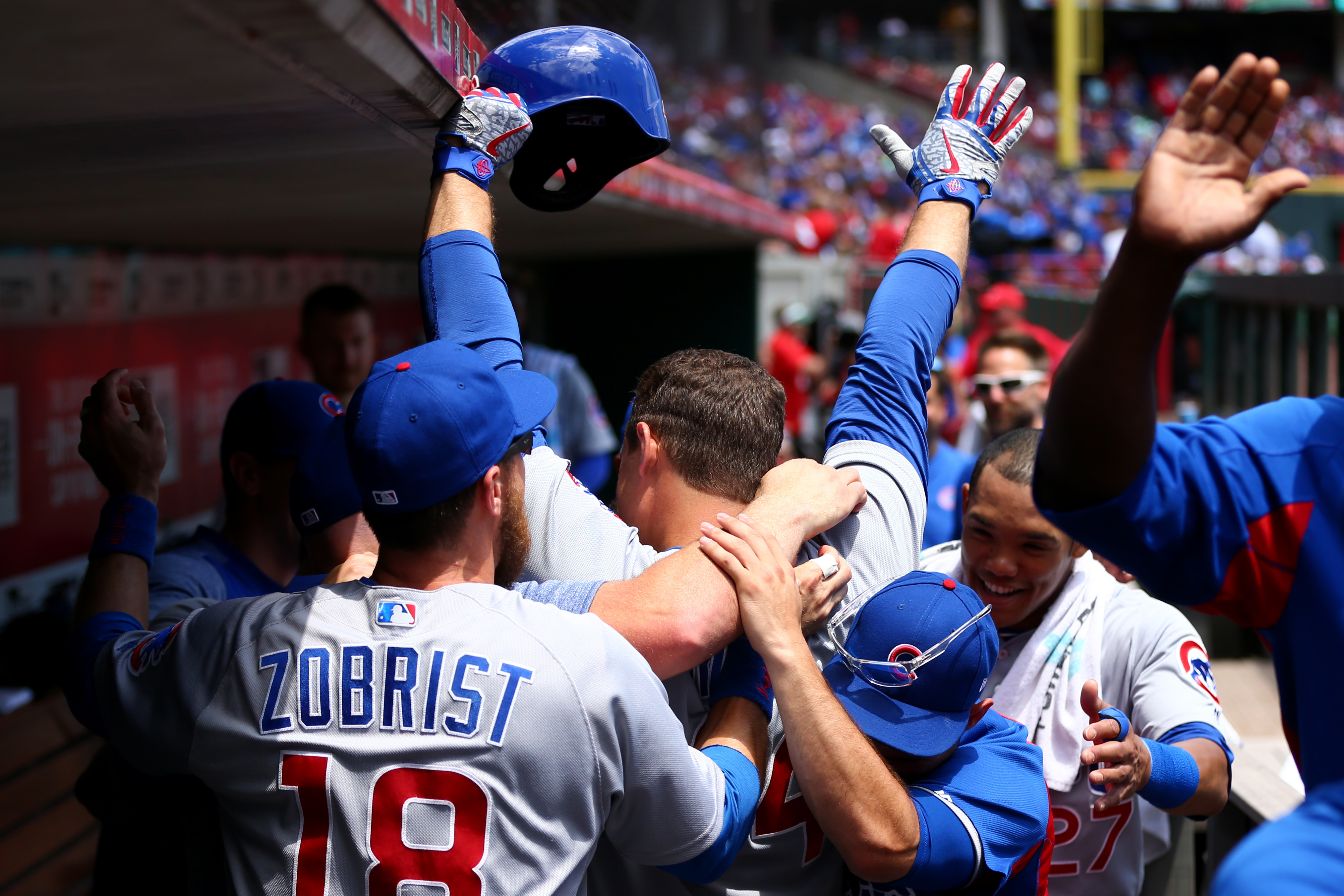 In the week that was, the National League Central hasn’t been much different than it was for our last update.

Perhaps the only real shock is how well the Reds have been playing. Other than that, it’s the Brewers on top, Cubs trailing in second, then the Cardinals, Pirates, and Reds round out the rest of the division.

Over the last three weeks, the Brewers’ bullpen has been steady and strong away from Miller Park. They’ve thrown some of the fewest innings in baseball during that time, at just under 20 innings. They carry a 1.47 ERA through those frames. Because the pen has thrown so few innings, that must mean the starting rotation has been putting in a lot of work.

The Crew has been one of the best slugging teams over the last three weeks. Their .345 slugging percentage is fifth best in baseball, behind some of the best teams in the league, like Houston, Boston, and New York (Yankees).

Javier Baez has been strong over his last 19 games. He’s hitting .383 with a 1.091 OPS over the lat three weeks with two home runs and 11 RBIs. It’s good for fans to see Baez get going because he’s seemed to be hit and miss in the past (literally).

Things haven’t been great for the Cubs. Most of their vitals are coming up as being average in the league. Over the weekend, Chicago got swept by the Reds at Great American Ballpark. Not only did they get swept, the games mostly ended up not being particularly close, with the worse being an 11-2 loss.

Like the Cubs, a lot of the Cardinals’ stats have been fairly average. Perhaps a bit of a shining light is the amount of strikeouts the pitching staff has been picking up. It’s nothing spectacular, but they have been one of the better teams in the league, striking out 171 batters, which is good for eighth in the league.

Like offense, there’s no glaring outliers here, either. The Cardinals have simply mostly been average, even going 5-5 over their last 10. For example, in terms of OPS, St. Louis is at .738 as a team, which is 14th in baseball.

Perhaps what’s going the most right is that the Pirates are finally starting to realize their identity. After a hot start to the season, the Pittsburgh ultimately cooled off and it’s been that way for the last couple months. I think the front office is finally coming to grips with the fact that they’re sellers. Expect a new look Pirates team after the All-Star break. A young team that’s preparing for the future.

Over the last three weeks, the Pirates have been one of the worst teams in offensive production. The offense has plated 64 runs over that span, which is sixth worst in baseball. The team’s power numbers have also been significantly down, hitting only 12 home runs, which is fifth worst in baseball.

The Reds are winning baseball games. They’ve been over .500 since Riggleman took over the managerial role. Cincinnati also picked up a four game sweep of the Cubs over the weekend. If they continue on this trajectory, the Reds will finish in much better condition than anyone thought. Should they continue to ascend, and should the Pirates continue to dip, the fourth and fifth place titles could shift within the division.

I don’t really think it would be fair to say anything’s going wrong. The team is playing really well right now. Perhaps the only thing that could be considered going wrong is that it is likely to end, if for no other reason than trading away someone like Scooter Gennett, which would be a hit to this year’s team. But that shouldn’t matter. The Reds weren’t expected to compete, so anything better than a 95 loss season should be considered a win for Reds fans as they continue the push for the future.