Today is the Day Bobby Bonilla Gets Paid 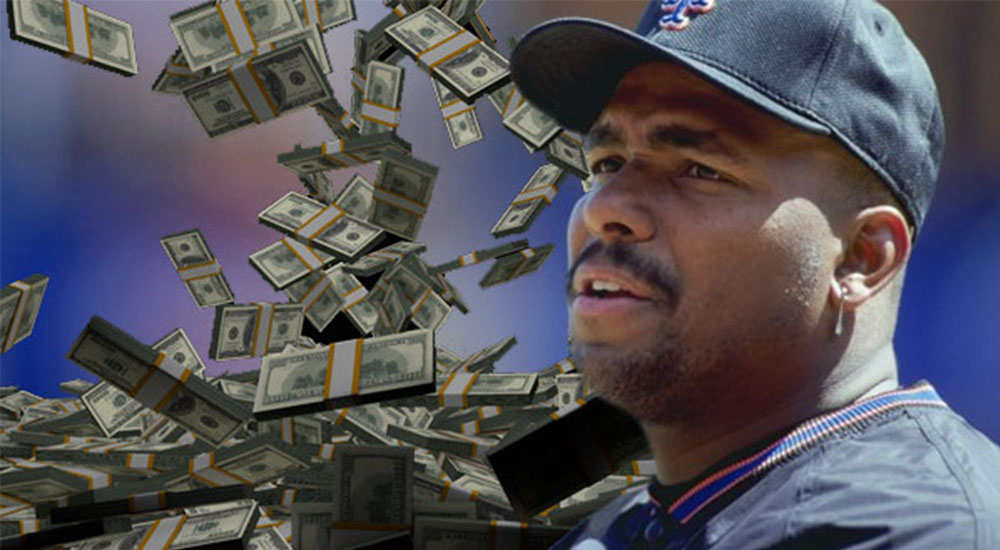 Today is the Day Bobby Bonilla Gets Paid

Ask just about anyone what July 1 means to them and you’ll likely get one of two responses…it’s the “official start” of the second half of the year and, naturally, it’s Bobby Bonilla Day.

Bobby Bonilla Day is the holiday when the New York Mets pay the former All-Star nearly $1.2 million to continue to not play for them. If you want the entire story…Google it. But, long story short, the team wanted to get rid of Bonilla, but he had another year left on his contract. Bonilla’s agent swindled the Mets with (literal) interest by deferring the payment…with interest.

And while his former teammates Stan Belinda and Neal Heaton are slumming it working some minimum wage job (one can only assume, right?), Bonilla is still living the high life.

To put his annual payday into perspective, there’s this.

To completely blow perspective out of the water…here are things that are worth less than or as much as the $1,193,248 the lifetime .279 hitter will be receiving Wednesday:

– Any car sold through auction before 1984

– Any baseball card that isn’t the T206 Honus Wagner

– More than twice the value of Mike Trout’s rookie-year contract value, under which he won Rookie of the Year, led the league in WAR, and came in second in MVP voting

– More than 3,409 Xbox One “The Master Chief Collection” consoles

– Over 2.9 times the annual salary of the President of the United States

– About 397,800 gallons of gas, going by the current price for Flushing, New York on GasBuddy

– Over 2.6 times the production budget of Paranormal Activity, which holds the record for most profitable film in history when measuring by return on investment

– About 51,880 adult tickets to the Baseball Hall Of Fame, the type of which Bonilla would need to buy to get into the Hall, since he fell off the ballot after his first year of eligibility in 2007

– About 18,358 adult over-30 one-year memberships to the Society of American Baseball Research

– About 3,520 round-trip tickets on JetBlue from Bonilla’s Sarasota home to New York City on July 1 with a return date of July 5 to personally collect his check from the Mets, should he not want to receive it through mail or direct deposit. And maybe he can soak in some July 4th celebrations while he’s there.

– The ability to do more-or-less the above trip (although leaving Sarasota and New York slightly earlier to make up for slower travel) using Amtrak, including sleeper cars, over 845 times.

– About 3,157 “Delta Gold” level tickets for the Mets July 1 game against the Cubs

– More than 904 round-trip tickets from Orlando for a 3-day stay in Paris, France, where his daughter attended the Sorbonne. Wow, the Sorbonne? Nice.

– About the cost of going from Sarasota to Seattle and back about 1,918 times using only Standard Fare tickets on a Greyhound Bus

-The ability to rent the services of Mr. Met for approximately 1,989 hours, according to the Wall Street Journal. That’s a little under 83 days.

– About 149,300 Kindle Editions of Howard Megdal’s Wilpon’s Folly: The Story of a Man, His Fortune, and the New York Mets

– About enough to have an airplane drag a banner around the Hudson River saying “The Mets are paying Bobby Bonilla $$$ despite the fact he is long retired” for about 2983 hours, or over 124 days.

But, of course, it is nowhere near the amount of jokes and endless amusement the fact this deals exists provides.

Dan Glickman writes and operates Baseball Continuum, including its best-known feature, “Bizarre Baseball Culture”, where he takes a look at some of the more unusual places baseball has reared its head in pop culture and fiction.