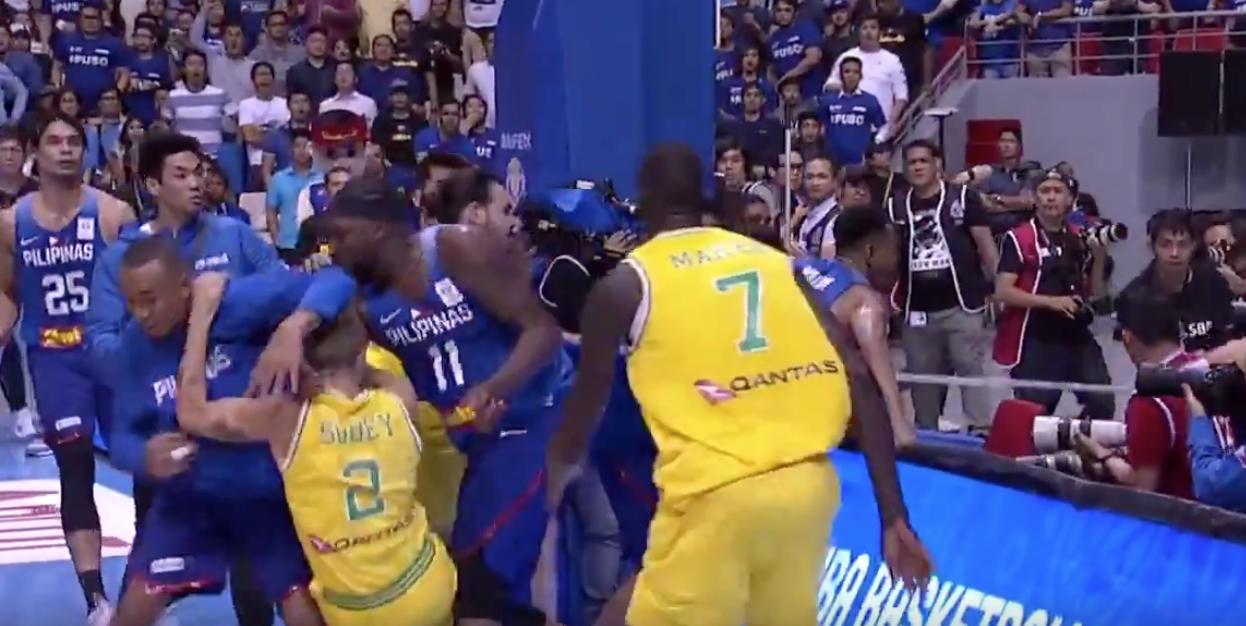 A recent FIBA game between Australia and the Philippines got ugly quickly, and quickly turned into a street fight.

It happened in the third quarter, after two players collided under Australia’s basket. That resulted in an Australian player throwing an elbow at his counterpart, striking the Filipino player right in the head.

And that’s when the chaos ensued.

An all-out brawl then erupted, with players from both teams throwing punches, elbows — everything.

Australia vs the Philippines ended in absolute CHAOS…. and 13 ejections! pic.twitter.com/ijpWlbWT7i

As a result, 13 players were ejected, which left the Philippines with only three players, so they were forced to forfeit the match.