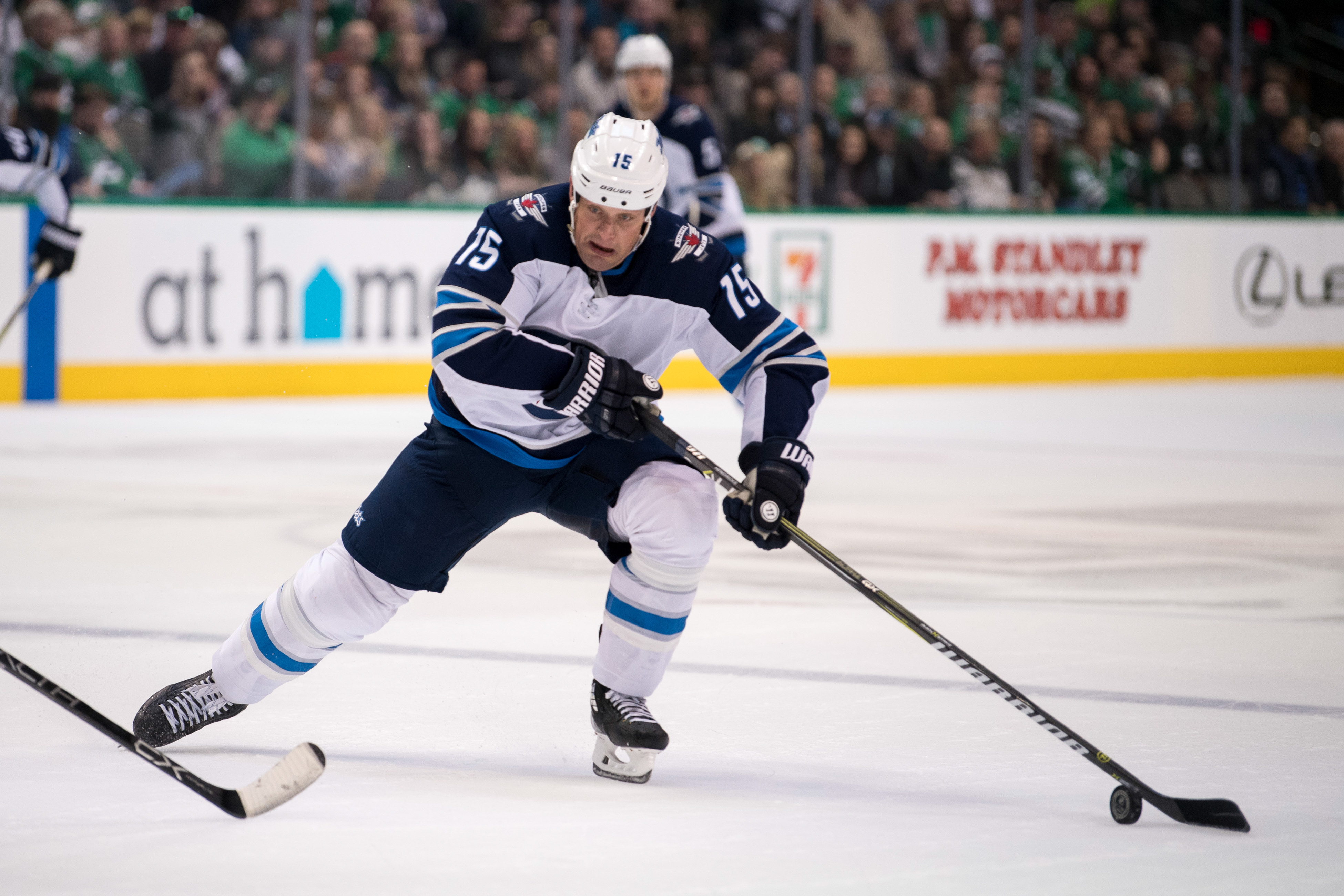 Yes Wild fans, we get it.  Free agency was certainly busy for the Minnesota Wild, even if it was more like a trip to the grocery store than going out to buy a brand new car.  Its not the kind of splash that was John Tavares to Toronto was.  Heck, it wasn’t even have as colorful as the comments from Columbus Blue Jackets head coach John Tortorella in regards to some statements made by former defenseman Jack Johnson.  While it may have lacked in star power and boldness the team made a number of moves to round out the team’s depth, adding 7 new players to the team.

I will examine each player added and talk about what their potential role on the team might be.

Pateryn is a big, strong stay-at-home defenseman who plays a finishes his checks consistently.  The Wild blueline would benefit from having another physical presence to go along with Nick Seeler who was also re-signed to a 3-year deal that will pay him $725,000 a season (one-way contract).  The Sterling Heights, Michigan-native isn’t a big point producer, but he also gives the team another right handed shot and its strongly believed he’ll likely push veteran Nate Prosser to being the team’s 7th defenseman.

Pateryn played for Dallas last season and Minnesota signed him to a 3-year deal that will see him paid $2.25 million annually.  This seems a tad bit high for a player who made $800,000 last year and has never made more than a million per season in his career.  He’s 28 years old and while I would not call that long in the tooth, I have some concerns about his quickness and I remember the Wild taking advantage of his lack of footspeed last year.  Hopefully the bigger contract motivates him so he doesn’t end up being another Kyle Quincey.

The team does have other right hand shot options in its pipeline in Brennan Menell and Louie Belpedio as well as Prosser, but Pateryn’s size and physical game was an element I think the organization realized it has sorely missed.  Especially in the post-season where the Wild were physically dominated by the Winnipeg Jets.  Prosser has been a good soldier and by all accounts very unselfish and a positive locker room presence but it is believed he might be placed on waivers so he has a greater opportunity to play.  The Elk River, MN-native has just one more year left on his contract that pays him a  $600,000 a season.

The team also added veteran winger to an 1-year deal that will pay him $700,000.  Hendricks took the long road towards his NHL career working his way up from the ECHL’s Florida Everblades after graduating from St. Cloud State.  He isn’t the biggest player, but he finishes his checks and possesses more skill than I think people give him credit for.  He can also play center and is effective on the penalty kill.  Like Prosser, the 37-year old winger gets strong reviews for his positive locker room presence and unselfish team-first attitude.  He is also a very avid supporter of the local charity United Heroes League (aka Defending the Blueline).

While he is certainly an older player, with nearly 600 NHL games under his belt, his deal is pretty economical and its just a 1-year pact.  Wild Head Coach Bruce Boudreau got to know Hendricks in his time with the Washington Capitals where he enjoyed some of his best seasons statistically.  He did also play one season in Nashville (not to mention drafted by the Predators), so GM Paul Fenton no doubt felt comfortable making the deal with a deep understanding of his character both on and off the ice.  I would not expect him to put up more than 20 points next season, but he can chip in offensively and will not hesitate to stand up for teammates.  He also brings the versatility of being able to be deployed as a center where he won 49.5% of his draws.  I know there are some fans that will say Hendricks is blocking a potential spot for players like Luke Kunin, but he would be better served honing his game with more ice-time and opportunity in Iowa than on the 4th line where the veteran winger will be playing.

A few years back I tore into the team for letting the former Rosemount star slip through their fingers after having been an invitee to their annual prospect development camp.  Brown went on to have a solid few seasons at the University of Minnesota-Duluth and signed on with the Tampa Bay Lightning.  Brown has decent speed and a right hand shot to go with it, but the offensive totals are pretty minuscule.

He did make some headlines last season after he raised his first during the national anthem while as member of the Lightning before being traded to Anaheim at the deadline last season.  In case you are curious if that action will clash with his new teammate Hendricks this short interview might alleviate any of those concerns.  Brown adds speed and is a natural forechecking presence and will likely be penciled in on the team’s 4th line.  He signed a two-year deal at a modest $687,500 a season.  Hopefully the 28-year old can rediscover his scoring touch.

The former 1st round pick (18th Overall in 2003) has bounced around the league a bit after having played for Toronto and San Jose just last season alone.  The skilled center has struggled to hold a spot on NHL teams the last few seasons, but has shown when given the opportunity an ability to chip in offense as well as being a shut down presence as he collected Selke votes in 3 seasons as recently as 2015.

The 32-year old is another right-hand shot but his 47.5% win rate on his draws are a bit of a concern for me.  Fehr’s on a 1-year deal which will pay him $1 million this season which seems a bit high, but there are not many right-hand centers available and its something the team certainly felt it needed to address.  He will likely anchor the 4th line with Hendricks and Brown on the wings.  No doubt the fact Fehr had played for Boudreau in Washington likely will mean he has a greater trust factor than did outgoing hometown star Matt Cullen who signed a 1-year deal with the Pittsburgh Penguins yesterday.  He is a decent penalty killer who uses his size well to protect the puck and can play on the wing as well.

With Niklas Svedberg leaving for Europe and the team parting ways with Steve Michalek, the team needed to add goaltending depth.  The Wild brought in the ‘Hamburgler’ to battle Alex Stalock for the back up sport or become the workhorse in Iowa as youngster Kaapo Kahkonen adjusts to the North American game.  Hammond only had one NHL start last season in Colorado, losing his only start but sported a very respectable 2.06 goals against average and a .939% save percentage.

The 30-year old Bowling Green alum once went 20-1-2 for Ottawa in 2014-15 and helped them secure a playoff berth.  He couldn’t follow up that miracle run the next season and eventually was let go.  It is hoped he can force Stalock to raise his game knowing there is viable option if he screws up.  While I did not think Stalock played poorly, in fact I think as a whole he seemed to be a competent backup to Dubnyk, but it fits into Fenton’s philosophy that all spots on the team should be earned.  Hammond was signed to a 1-year, two-way deal at $650,000 which is sensible but it should be noted that Stalock’s contract also ($650k) is also a two-way pact so it will no doubt be a spirited competition.

The team also signed minor league depth defenseman Matt Bartkowski and Mike Liambas.  Bartkowski has played in 131 NHL games and adds another veteran presence to Iowa to go along with re-signed RFA Ryan Murphy.  Liambas is a hard hitting, forward who Fenton knows well as a long-time member of the Milwaukee Admirals which the AHL affiliate of the Nashville Predators.  If his name sounds familiar to you, you may remember this absolutely scary (and dirty) hit he had on Kitchener’s Ben Fanelli back in his junior days with the Erie Otters.  He is also no stranger to dropping the gloves and with Kurtis Gabriel signing with the New Jersey Devils yesterday he’s likely going to be Iowa’s resident tough guy.

The signings are nothing dramatic but they were not supposed to be.  These are depth signings that are meant to round out the team and put actual role players on the 4th line instead of just plugging in prospects in those positions where they may be ill-suited to play.  A phrase Wild fans need to get used to is, ‘the road to St. Paul starts in Des Moines’ where prospects will have to earn that opportunity through their play with the farm team.  Fenton certainly understands the benefit of that from his time with the Nashville Predators.  The club has just a shade under $10 million left in cap space (according to CapFriendly.com) to use to re-sign RFA’s Matt Dumba and Jason Zucker or it may trade them if their asking price is too high.

So as the dust settles here is how the Athletic’s Michael Russo sees the Wild’s lineup and as much it pains me to say, I think it qualifies as a ‘tweaking’ of the lineup as Paul Fenton originally suggested.

Which free agent signing do you think will be the most impactful to the team / organization (either literally or figuratively)?  Tell us on Twitter @CreaseAndAssist or in the comment section below!