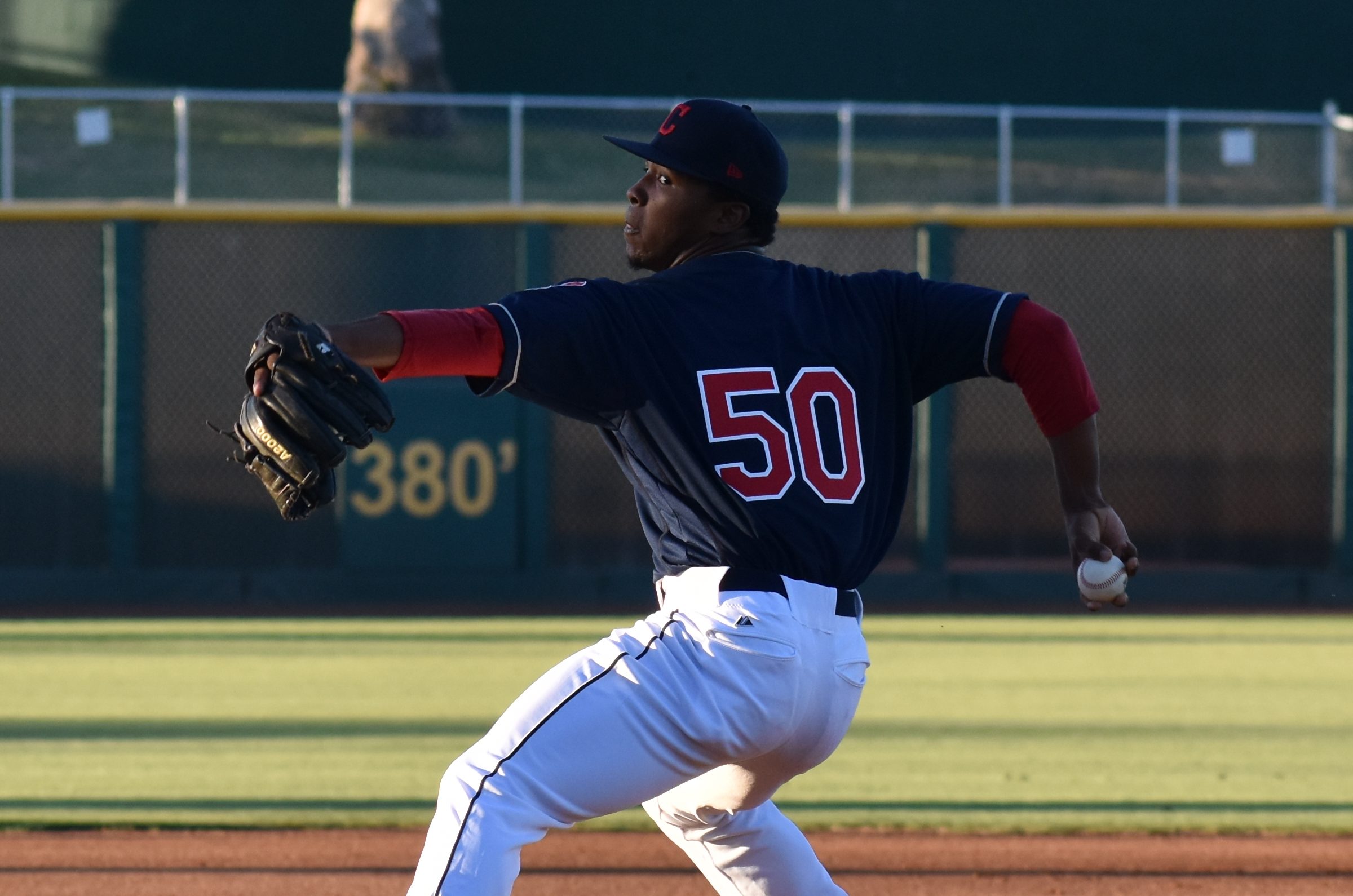 The AZL Indians White team is heading into their third week of play and staff ace Ignacio Feliz has started it off with another great start on Sunday against Milwaukee. While he only went 3.1 innings in his debut this year, he has since won two games in a row, pitching exactly five innings in each start and allowing a total of one earned run (which came on Sunday). He walked three in his most recent start, but none in the one before and struck out 11 over his last two. While he didn’t have great numbers in his first season in the DSL last year, Feliz has certainly gotten off to a rocket start in 2018.

While you may think this would lead to great success, the AZL Indians 2 team is only 7-4 and sitting in third place while Indians 1 is 9-1 and in first. The primary reason for the losses has been the four pitchers who have allowed 43 runs in 30 innings. Since most of these players are extremely young and early on in their careers, you can look them up yourself if you’re really interested while I continue to focus on the positives.

There are three other pitchers that deserve early acclaim, in addition to Feliz, and all are very different. First, there is Maiker Manzanillo, who pitched for the AZL Indians last year well enough to deserve a promotion. He’s still around, however, and has struck out 11 in five innings while allowing two hits and no walks. It’s silly that he’s still here.

Second is the interesting case of Carlos Vargas. He was an older signing as an 18 year old from the Dominican Republic, signed because of his incredible velocity. From what I’ve seen and heard, I expect him to ultimately be a reliever, but he’s starting right now and has allowed two earned runs in seven innings across two starts. His second, against Cubs 2, was more impressive than his first as he struck out five in four innings and walked just two. As successful as he is, Vargas should probably spend the entire season in the AZL as an 18 year old in his first professional season.

Finally, 2018 draft pick Aaron Pinto has been dominant in relief. He’s 21, so fairly old for the AZL, but was a 24th round pick. In six appearances, he has pitched 9.1 innings, allowed seven hits and no walks while striking out ten. Both of his runs and three hits came against the AZL Cubs on June 28th when he attempted to go multiple innings for the second time in his career. After getting the final out with two on in the eighth, he allowed a double, a steal of first on a strike out and Gionti Turner committed an error to allow the first three runners to reach on just one hit and no walks. With the Indians down five heading into the inning, Pinto was left to eat it and he ultimately finished the inning.

This is no excuse for Pinto, however, who came right back after this appearance and went three scoreless innings in his next relief appearance, allowing two hits and striking out five.

Offensively, the Indians 2 team leads the AZL in doubles, home runs, slugging percent, runs scored and average and leading the team in all those things is Henderson De Oleo. He’s struck out 20 times, walked just three times and made two errors as a first baseman, so it’s clear the Indians have their next Henry Pujols and Oscar Gonzalez. He has prodigious power, at least equal to the two former AZL Indians sluggers, and has six doubles and two home runs already. While hitting .370 right now, that is likely indicative of the extremely poor defense and lack of breaking pitches thrown in the AZL rather than him being a future high average hitter.

De Oleo is essentially a one tool player with an extremely good one tool. I’ve seen quite a few of these players run through Goodyear and have yet to see one have their ability translate at the next level, but there’s always a chance. Essentially, he just has to get better at picking balls at first and not swinging at balls at the plate.

There are walks to be had in the AZL and both Indians teams are within one walk of 50. Jonathan Lopez has taken advantage in particular for the White side as he has walked eight times, leading to a higher OBP than De Oleo despite hitting just .324.

Unfortunately, it hasn’t been all positive for Indians 2 as, on June 21st, Wilbis Santiago and George Valera collided on a play in right field. Santiago was fine and has since been transferred to Indians 1 to replace Richard Palacios, who went to Mahoning Valley after just one week in Arizona. Valera, however, stayed in to finish that inning, but was removed between innings. He then played the next two games, but went 0 for 2 on June 25th and has not played since. Valera came into the season as the top prospect for the Indians in Arizona after being signed as an international free agent last summer. He was having a terrific season, hitting .333/.409/.556 in six games.