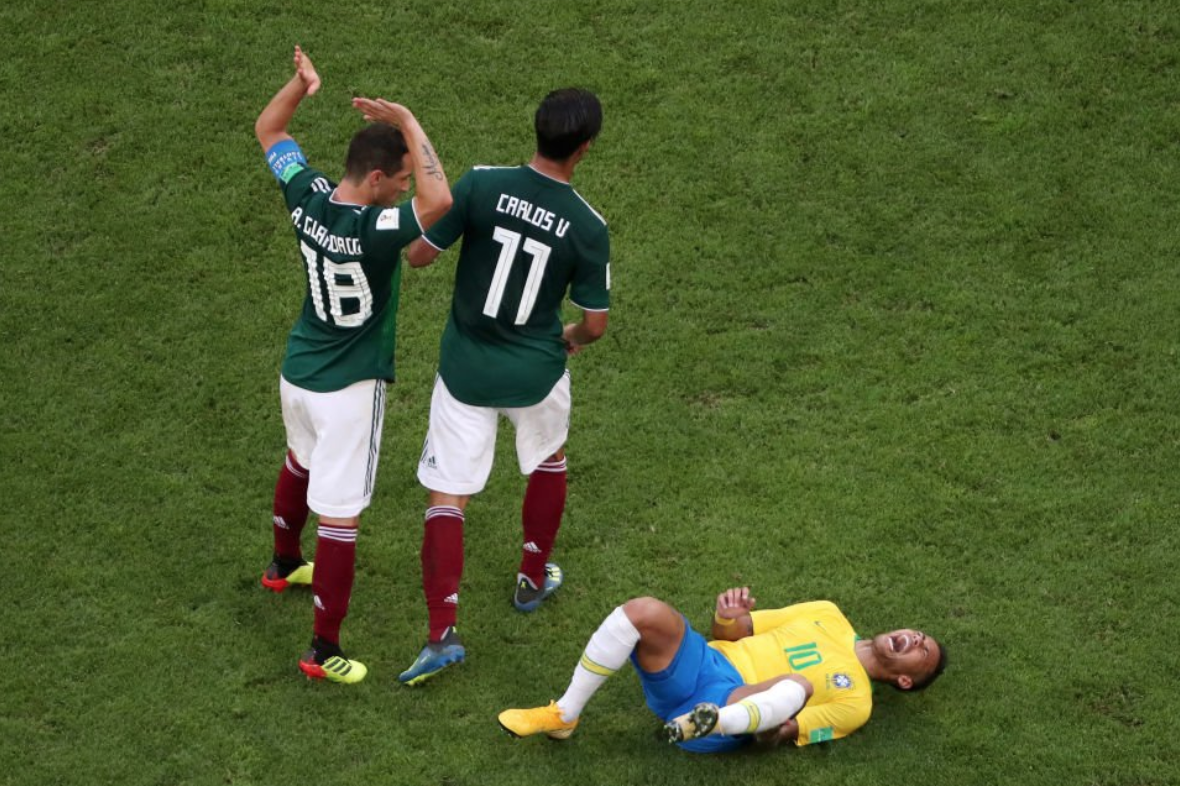 Brazilian star striker Neymar has a reputation for scoring big goals, and for embellishing contact from his opponents. He did both during Monday’s Round of 16 World Cup match against Mexico.

It happened late in the match, when he was on the ground near the sideline, with the ball at his feet. Mexico’s Miguel Layun went to snatch the ball from him, but he stepped on Neymar’s ankle — which he injured earlier in the year, and is clearly still ailing from — in doing so. The contact appeared to be intentional, but Neymar played it up big-time. Check out his Oscars-worthy reaction.

The memes came rolling in on Twitter shortly thereafter.

Who did this to neymar pic.twitter.com/wFFnmhU8pO#BRAMEX

If Neymar was a goat.. pic.twitter.com/MG6Z4GTxLT

Here's an idea to stop Neymar constantly throwing himself to the ground and play-acting. #WorldCup pic.twitter.com/0gHYZbRKW2

Would shine like a star in Bollywood ❤ @neymarjr #Neymar pic.twitter.com/iCqJGMJ6vg

FFS @neymarjr man. STOP IT. We are fed up of it. #BrazilvsMexico

Layun clearly stepped on Neymar’s ankle, and it looked to be purposeful, which should’ve resulted in a red card. The referee chose not to go in that direction, though, and it could have been because of Neymar’s reputation for embellishing contact.