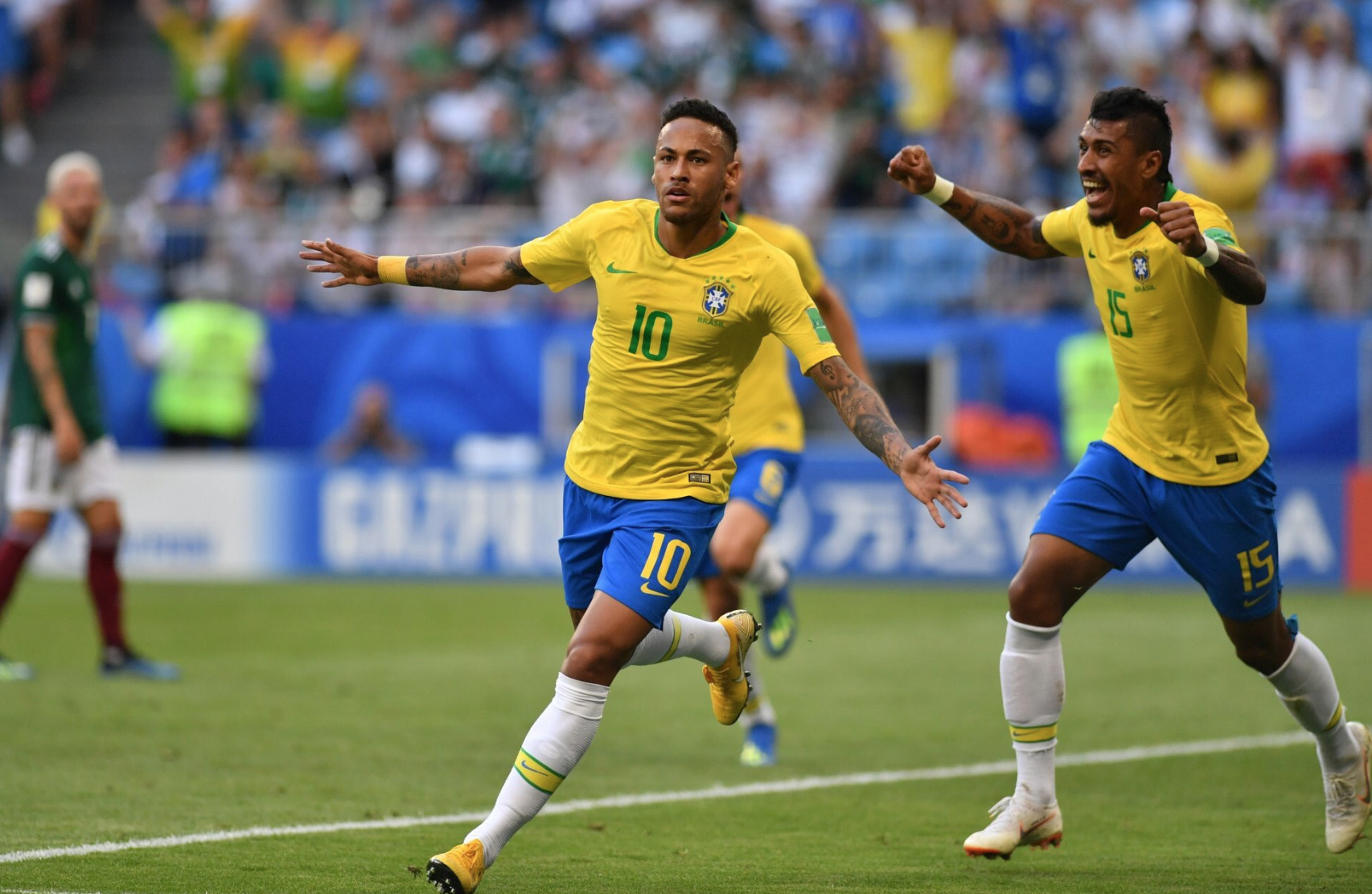 Brazil’s star striker Neymar showed why he’s one of the best players in the world, when healthy, in Monday’s Round of 16 World Cup match against Mexico.

There are lofty expectations for Brazil, as they’re currently listed as the favorite to win the tournament, and the team showed why on Monday.

Mexico came out attacking early, and Brazil were on their heels for the first 15 minutes of the match, but they survived the early pressure, and did not concede a goal. They then came out firing after halftime, and that resulted in a goal soon after.

Willian made a great run down the flank in the 51st minute, and he laid a great cross across the box. Mexico’s goalkeeper Guillermo Ochoa was beaten, and Neymar banged it home for the 1-0 lead.

#BRA GOAL! @neymarjr's scores his second #WorldCup goal of 2018 to give Brazil the lead!#BRAMEX 1-0 pic.twitter.com/vgHa9Eefzc

It was pretty lit in Brazil afterward at a watch party.

Brazil made it look easy on that play, but it was still a thing of beauty nonetheless.