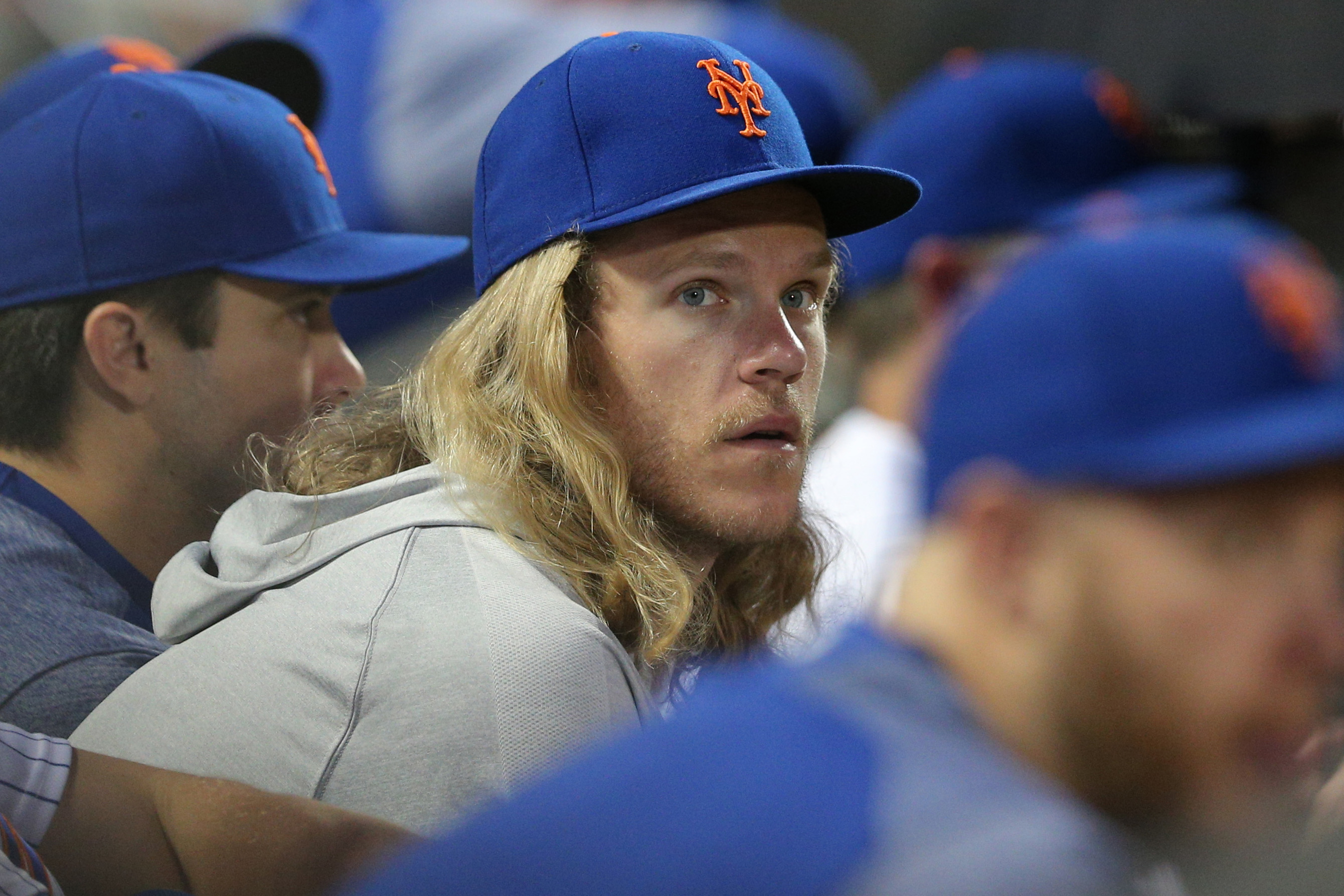 The suddenly banged up New York Mets’ starting rotation could be close to getting some help. Noah Syndergaard and Jason Vargas, both of whom are currently on the disabled list, are scheduled to throw a simulated game against each other tomorrow, MLB.com’s Anthony DiComo reports. This is one of the final steps for both pitchers in their return to the major leagues. If all goes well in the simulated game, the only thing separating Syndergaard and Vargas from rejoining the Mets’ rotation is a minor league rehab start.

Of the pair, the far more important return is from Syndergaard, whose finger injury has lasted far longer than the team initially anticipated. When Syndergaard first strained a ligament in his finger in late May, the hope was that he would miss just one or two starts. Syndergaard suffered a set back when he was initially slated to return on June 10th, and is now looking at a close to six week absence. Given the rampant speculation that the Mets are more open to dealing Syndergaard then Jacob deGrom, the only way to actually build value for Syndergaard is to have him pitch and show he is healthy. Assuming he comes through the simulated game without incident, the Mets could have Syndergaard make a rehab start on Sunday and line him up to pitch in their final series of the first half against the Washington Nationals.

Vargas’ absence has been shorter, as he has missed just two turns through the rotation since injuring his calf in Colorado. The Mets do have a doubleheader scheduled for July 9th against the Philadelphia Phillies, so it would make sense to try and aim Vargas for that date. That would allow the Mets to not have to try and find another starter, which they don’t really have right now, and avoid having Vargas pitch against Washington.