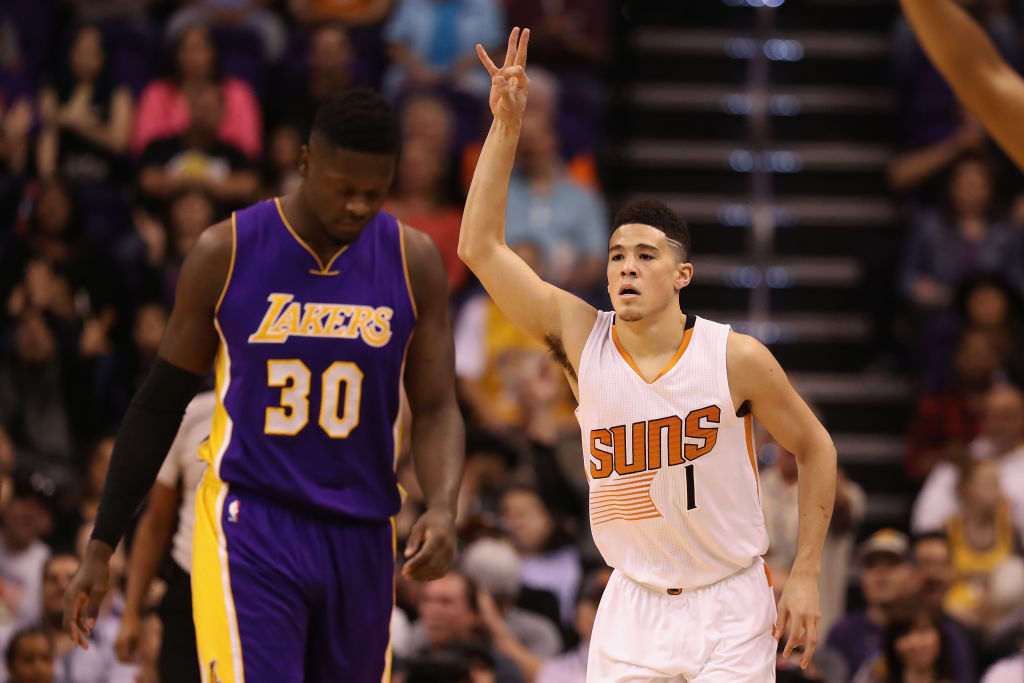 In the last two years, the emergence of Suns guard Devin Booker has taken the NBA by storm. Booker will surely be aligned towards a massive max contract extension offer by the Suns as his rookie deal gets closer to wrapping up. According to Adrian Wojnarowski of ESPN, the Suns will sit down with Booker to discuss an extension.

With the emergence of Booker, the Suns have changed their strategy to be an aggressive player in acquiring better talent. The Suns were even in the mix with the Karl Anthony Towns drama  a couple months back trying to pick him up. Now, the Suns have a solid core of Booker, the number one pick DeAndre Ayton, and Mikal Bridges whom they acquired in a trade with Philadelphia.

It is unclear how interested Booker is with staying in the desert for an extended period of time. It was reported Booker was agitated over the Suns cutting Tyler Ulis just days ago. It remains to be seen if that tension will carry over into these meetings.