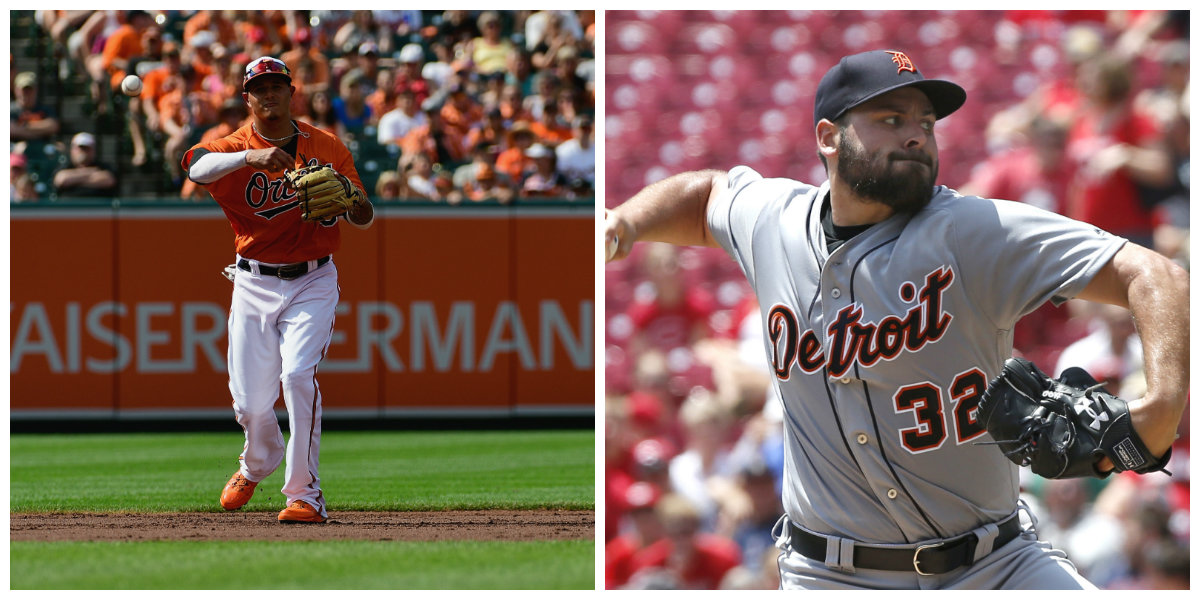 It’s that time of the year, you guys.

Not too long ago, the Los Angeles Dodgers looked like they were in big trouble. As recently as May 16th, they owned a disappointing 16-26 record and were dead-last in the National League West with an 8.5-game gap between them and first place.

Things have changed quite a bit over the last month and a half, though.

Entering action on Tuesday, manager Dave Roberts‘ club is just 1.5 games behind the Arizona Diamondbacks for first place off the strength of a 45-39 record. Now that they’ve seemingly gotten themselves back on track, the front office is looking to fortify their roster with some impact players, according to Bob Nightengale of USA Today.

The #Dodgers are doubling down: They not only are aggressively pursuing #Orioles SS Manny Machado, but also #Tigers starter Michael Fulmer. The #Orioles, heavily scouting the Dodgers' minor-league system, want Class A pitcher Dustin May included in any package of prospects.

Despite losing shortstop Corey Seager earlier this year due to Tommy John surgery, Los Angeles has actually received solid offensive production at that position. Their 114 shortstop wRC+ is one of the 10 best in baseball, thanks mostly to the work Chris Taylor has done by stepping into that role.

However, acquiring someone like Manny Machado would not only further strengthen that area of the diamond, but also others since Taylor would then move to a different position. Through 358 plate appearances in 2018, Machado is slashing .310/.377/.564 with 21 home runs and 59 RBI for the Baltimore Orioles, which comes to a 151 wRC+.

The Dodgers having an interest in Michael Fulmer isn’t a surprise, either. Just about every big-league club would want a 25-year-old starting pitcher that’s flashed front-of-the-rotation potential before becoming arbitration-eligible (he’ll enter arbitration this upcoming winter). Plus, LA has had some issues keeping their horses healthy in Clayton Kershaw and Rich Hill.

There is a common theme between Machado and Fulmer, and that is neither one will come cheap. Baltimore needs to extract as much value out of their impending free agent as possible, but the Detroit Tigers can also be content with holding onto their young, controllable starter until someone overwhelms them with an offer.

Although Los Angeles may not want to give up a ton of prospect capital to facilitate both moves, they entered the 2018 season with the 10th-best minor league system, according to MLB.com, so it seems like the ability to make it happen is possible…if they want to.