Are we seeing the best of Gregory Polanco? 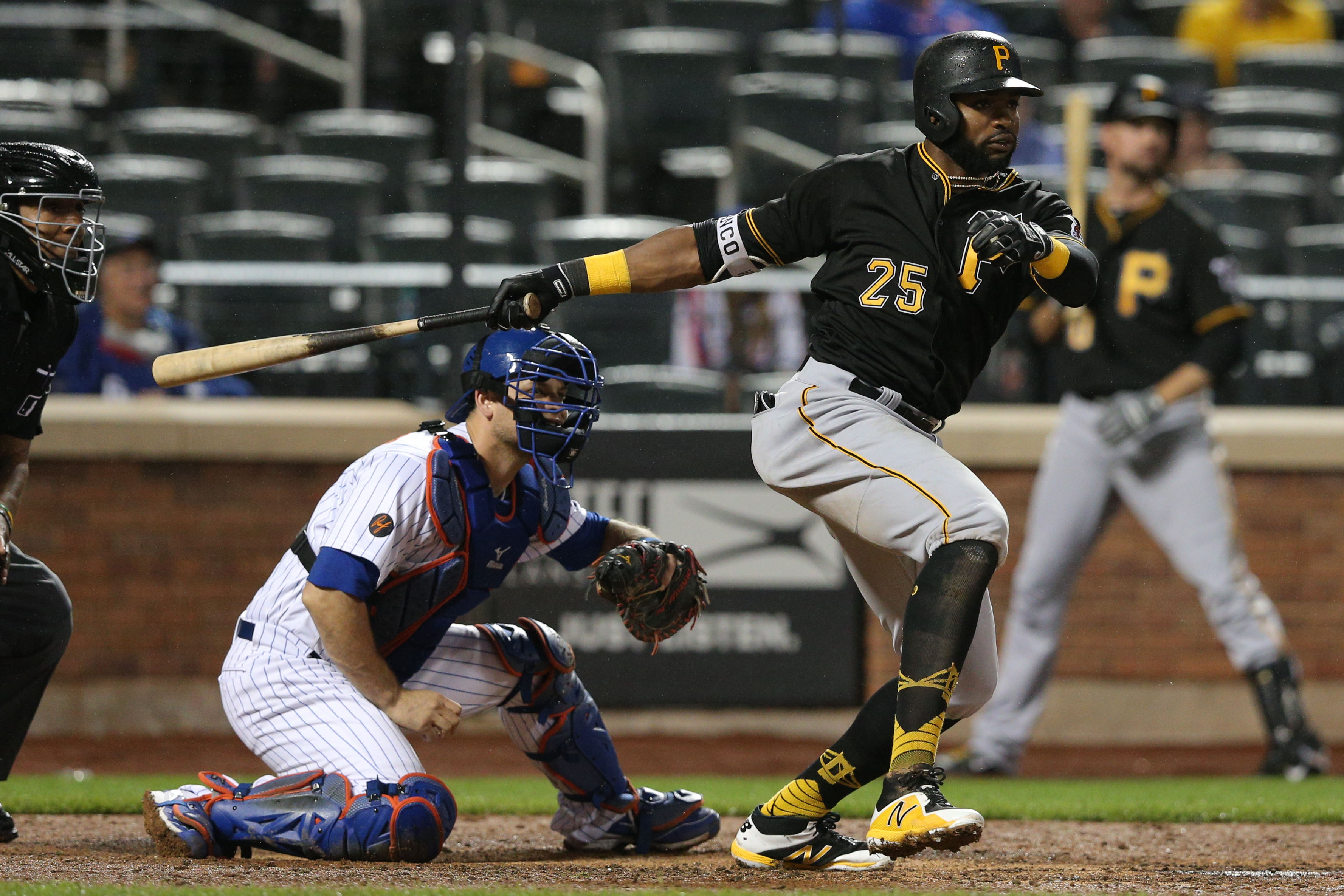 Are we seeing the best of Gregory Polanco?

Far and away, this season has been a roller coaster for Pittsburgh Pirates outfielder Gregory Polanco. However, the past two weeks have been a resurgence for the right fielder, who is absolutely mashing the ball.

Starting June 17, Polanco’s batting average sat right at the Mendoza Line, .200. Since then, he has been on an absolute tear, showing the potential that fans heard about on his ascent through the minors.

On that same day, he went 3-for-4, with two runs scored, and two driven in, including his first home run in over a calendar month.

Talk about a seismic jump in numbers.

The first thing someone will point out is that those numbers are unsustainable. Absolutely they are, but the positive shift in his performance is well past due and is quite welcome in the eyes of Pirates fans.

Take a step back

Back on June 6, Polanco made a change in his stance. He moved a little more off the plate, not crowding it as much.

Combining Polanco’s long arms with his long swing, this shift at the plate gave him more plate coverage and also makes the inner third of the strike zone a more hittable location.

It also has allowed him to do something I wrote about earlier in the year, pull the ball and hit it up the middle more, while generating medium to hard contact.

Since June 6, he either pulls or centers the ball up over 85 percent of the time, while drawing medium or hard contact 83 percent of the time. This is up from the beginning of the year when he was at 82 and 78 percent, respectively.

By backing up off the plate, Polanco has given himself a chance to barrel up inside pitches instead of either rolling over or popping them up.

It’s only a matter of time before opposing teams scouting reports find the flaws in Polanco’s new approach.

If you’re a major league pitcher and you know that a hitter has gotten more comfortable after backing off the plate, what would you do? I for one would hammer the outer third of the strike zone, forcing the hitter to either make an uncomfortable, long swing.

It’s fantastic to see his new approach paying dividends but he will most likely have to adjust again soon to makeup for how pitchers start attacking his at bats.

I still truly believe that Polanco is at his best when he is hitting the ball up the middle or pulling the ball.

We’ve seen how streaky he can be at the plate and while it would be great to witness some consistency, this is about what we should expect from him. Polanco’s performance over the last two weeks is as good as it gets for him. Let’s just hope we see it more than once a season.