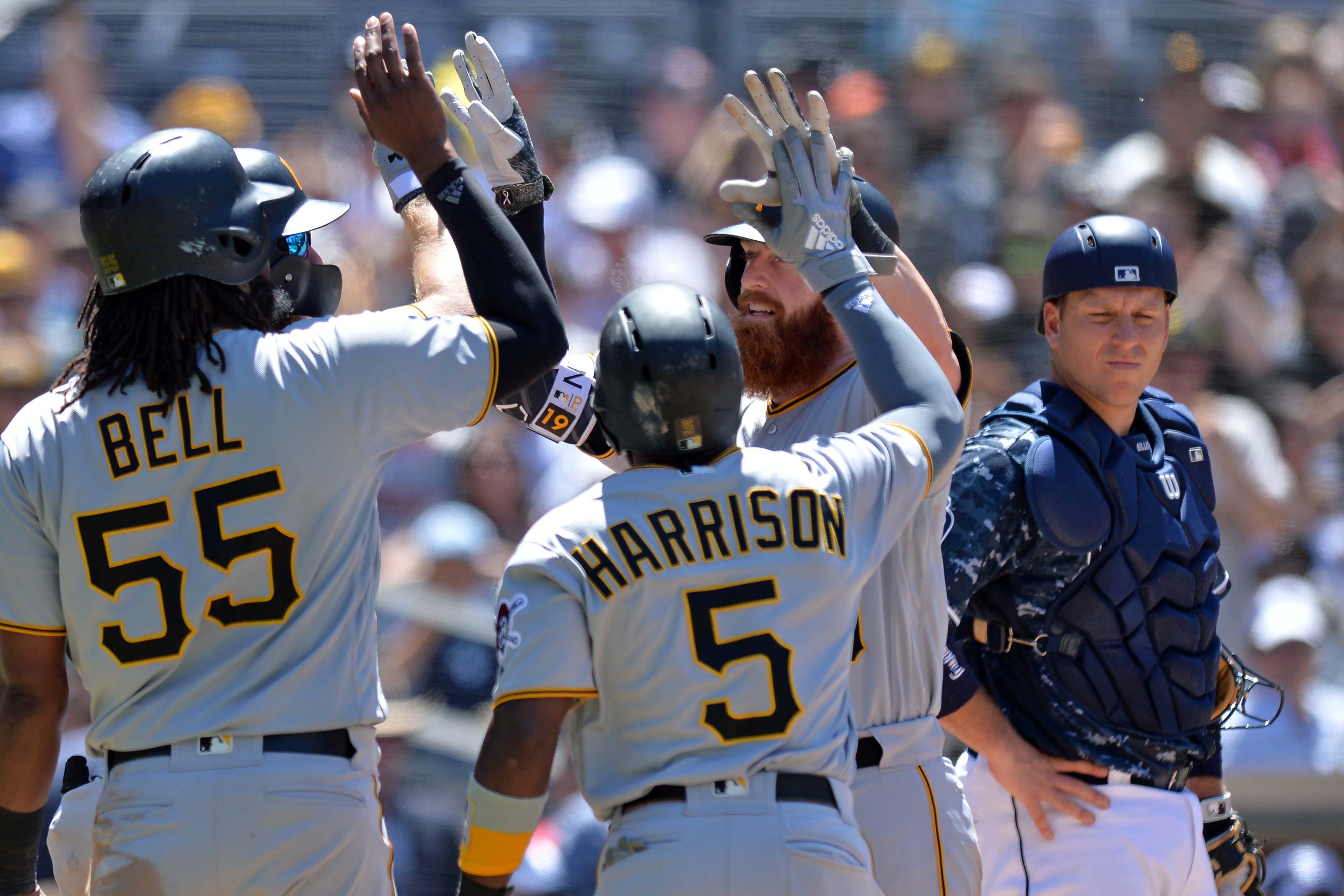 After a hot start to the season, the Pittsburgh Pirates have fallen below .500, are seemingly out of the divisional race, and can’t seem to put together a winning streak of longer than two games or so. All of this can be quite frustrating, however, there is at least one group who hasn’t given up all hope on the Pirates: Las Vegas book keepers.

Let’s start out with a simple idea: there is very little cost to simply stating a prediction, and potentially a bigger benefit if you’re right. If you guess wrong, like picking the Pittsburgh Pirates to win last year’s World Series, people tend to forget about your prediction, but if you’re right you’re elevated to one of the few oracles “who picked the Astros”, to carry the example through.

Because of those asymmetries in the costs and benefits, there are really only two categories of forecasters who are worth listening to when it comes to making predictions about events; statisticians and bettors.

Statisticians, and more generally anyone with a scientific approach to this sort of analysis, have valuable input because they have a largely unbiased prediction; it isn’t made based on one or two games or plays that they saw, but rather based on the whole data set of plays and games.

Bettors have valuable input for two distinct reasons. For one they are willing to incur the very literal costs of making the wrong prediction by actually putting money on the line.

The second and more subtle reason is that bettors who are unsuccessful at predicting these things tend to run out of money and washout of the betting markets in relatively short order.

What you end up seeing in the betting line is the result an almost Darwinistic approach to getting an accurate prediction, by eliminating all the bad predictors and continuing with the good ones.

As a result, we can use betting lines to get implied probabilities that a team wins or loses. The actual formulas depend on if the line is positive (like PIT +130) or negative (like PIT -130);

If we take that implied probability and compare it to the actual outcome, we can see how valuable that game was to win. For instance winning a game against the worst team in the league is largely expected, so there isn’t a ton of value added by doing what you’re supposed to do. On the other hand, winning a game over an obvious favorite can be very valuable.

I took the implied probabilities for each game, using the Odds Shark supplied closing betting lines, then subtracted the implied probability from either 1, if the Pirates won, or 0 if they lost. Summing these resulting differences over a stretch of games gives us the Wins Above Expectation (WAE), which tells us how many more or less games the team won than they were expected to by the betting markets.

For instance, in the first game of the season, the Pirates were favorites, with an implied win probability of 55.6 percent; they won, so their WAE for that game is 1-0.556=0.444.

The Season So Far

If we do this over the course of the season, we can get a good visual representation of how the team has done this season.

This graph largely represents the story of the Pirates’ season so far. The Bucs started the season off hot, peaking in their 43rd game, the first game of the Padres series before the wheels came off, when the Pirates were 3.6 wins better than their expectation.

Since that game the Pirates have largely been in a free fall, recording -5.8 WAE, and falling to a season low -3.3 WAE after their 79th game, their loss in the recent Mets series. After their 83rd game, the Pirates currently sit at -2.3 WAE, or roughly two wins below their expectation.

While this cooling off period has been frustrating, it is more likely a regression to the mean, with some overcompensation, than something to be too worried about.

The only reason that I can see as what would make a team’s WAE so many games above their expectation sustainable, as the Pirates were through the first quarter of the season, is that the team has a really good coaching staff that makes all the right moves, and can figure ways to get more than what is expected out of their players.

That isn’t necessarily a dig at the Pirates management, but more of an acknowledgment that they have been average, to slightly below average this season.

What is more interesting is that Vegas estimates the Pirates as a slightly above .500 team rather than below, and has done so all season. If we take the Pirates actual number of wins, and subtract out their WAE, we get what we’ll call their adjusted wins, or the number of games Vegas thinks they should have won.

The Bucs’ real winning percentage is in red, and their adjusted is in blue. Again, you can see that the Pirates were playing above their expectation until roughly their 55th game, and have been below ever since.

The perhaps more subtle thing to notice is that the blue line has never dipped below the .500 mark all season, meaning the money is still taking the Pirates as a winning team, at least so far. As they currently sit, the bettors have the Pirates as a .510 team, good for roughly a 42-41 record currently, and an 83 win pace for the season.

Once again, this really tells us that the Pirates have run into some tough luck during their current down stretch; some bad play from players, as well as some questionable decision making out of the dugout have likely cost the Pirates some games that they probably should have won.

One final thing that we can do is find the WAE, Adjusted Winning percentages, and strength of schedule for all the teams in the NL and create some projected final standings.

First off here is the NL Central:

These adjusted winning percentages have Cubs as the current favorite to win the Central, with the Cardinals giving chase, and the Brewers falling out of the race by the end. Interestingly the Brewers and Pirates are virtually tied for third, each on pace for roughly 83 wins.

This makes the Pirates competing for the division largely out of the question with their current team, at least according to the bettors.

How About a Wild Card Spot?

While I have my suspicions about a big market bias, with the Dodgers and Nats still getting the benefit of the doubt, despite not showing they have that upside more than halfway into the season, it is a very different projection than what you might find on websites like Fangraphs, yet remains a plausible nonetheless.

This puts the Pirates on pace for a virtual four-way tie by wins for the second Wild Card spot at 83 wins.

Now I’d like you to look at the column labeled “WAE Vol.”, which stands for the volatility that each team has showed in their Wins Above Expectation. More simply, this is a measure of how prone a team is to go on streaks, both good and bad; the Cubs, for instance, have the lowest volatility in the NL, meaning they play pretty consistently, while the Pirates have the third highest volatility on this list and the second highest of those “tied” for a Wild Card spot.

This elevated level of volatility can be more of a feature than a bug for a team like the Pirates. If the Bucs get lucky and time one of those volatile spikes upward with the end of the season, they can beat their expectation and steal that second Wild Card spot.

If they get unlucky and hit one of their downward spikes down the stretch, at least they’ll be rewarded with a better draft pick than their expectation would have given them.

That is a calculated risk. By having that elevated volatility, the Pirates are betting on being at either end of the outcome spectrum, and not in that middle no-mans-land of starting an upward/downward trend at the wrong time.

The Pirates have the third youngest team in baseball, with a playing-time-weighted average age of just 27 years old and have a number of players who are still developing fully into major leaguers. As a result, this 2018 team is likely not the best that the Pirates as an organization will field in the coming years.

There is not any particular rush to have this year’s team compete for the postseason as the majority of the Pirates key players are under control for a number of years, with some others on the way.

A team that has a projection of 83 wins and very little volatility has no real likelihood of making the playoffs, but this team, with its elevated volatility, has at least one path to sneak into the postseason despite that projection, however much luck it will take.

While not a certainty, this does, at the very least, provide a distinct rationale for the Pirates to add at the deadline, or trade veterans for young players who can help them compete in the next few years, similar to their off-season approach.