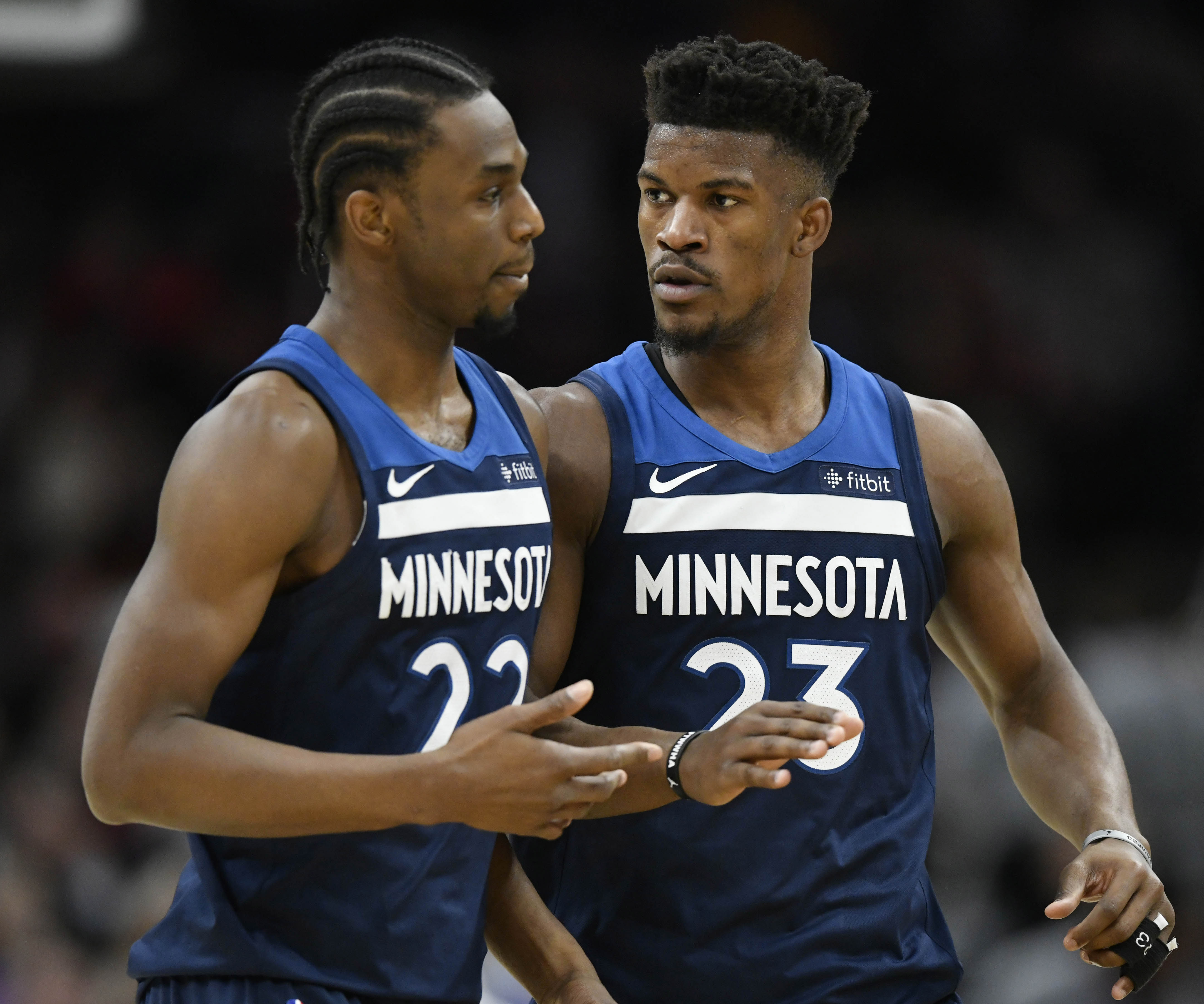 After a playoff berth in their first season together, Jimmy Butler and the Timberwolves seemed to be off to a good start and headed to a good future with Karl-Anthony Towns being so young. But, things do not look to bright as of now in Minnesota. According to Joe Crowley of the Chicago Sun-Times, Butler is not open to singing an extension with Minnesota.

“As for Butler, a league source said that he also has no intentions of signing an extension with Minnesota, all but fed up with the nonchalant attitude of his younger teammates, specifically Karl-Anthony Towns,”

Some tension had emerged recently with Towns and the franchise, but things seemed to cool down as of late. It doesn’t look like anything had cooled down as Butler is beginning to grow tired of the antics of young players. Butler was acquired from Chicago for Lauri Markkanen, Zach LaVine, and Kris Dunn during the 2017 NBA Draft.