Your Morning Dump... Where we look in on the free agency circus 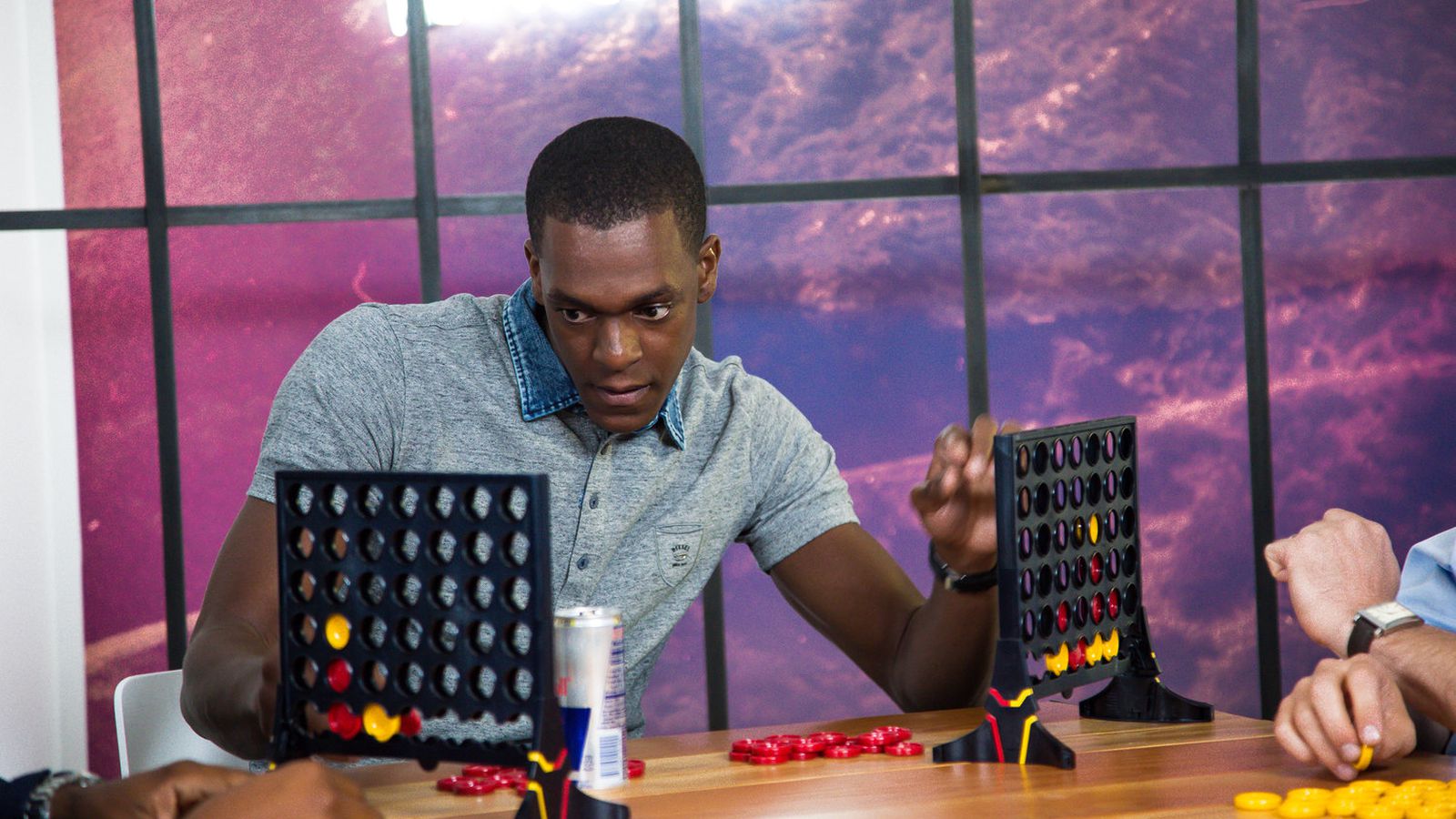 Your Morning Dump... Where we look in on the free agency circus

The floodgates have opened for the Los Angeles Lakers as the news of LeBron James’ signing has kicked off a flurry of moves.

The latest: Former Boston Celtics star Rajon Rondo has signed a one year, $9 million deal, according to multiple reports. ESPN’s Adrian Wojnarowski was the first to report the news.

Rondo is the second notable former Celtics point guard to join this current Lakers team, joining Isaiah Thomas, who was traded from the Cleveland Cavaliers this past season.

Guys, they’ve done lost their minds out in Los Angeles.

Rajon Rondo signed a $9M deal in order, we assume, to showcase his skills because the salary cap is allegedly going to balloon next year (I don’t think it is, but that’s skepticism for another day–probably one in August when absolutely nothing is going on in the basketball world).

Yes, Magic and Danny Ainge are roughly the same age, and they both hold the keys to marquee franchises–and they’ve both made a splash with free agent signings.

But that’s where the similarities stop. Danny has been doing this job for a long time–fifteen years–Magic just started.

So yeah, congrats on landing LeBron right as he’s poised to really embrace the Norma Desmond phase of his career. But the rest of these moves? It’s a guy who seems to have learned how to be a GM by playing the NBA 2K series.

Yes, the Lakers got at least a three year commitment out of LeBron, but there are some stark realities that need to be balanced against that: The clock is legitimately ticking on LeBron’s career. He was gassed in the playoffs this year, after playing 40+ minutes a game during the regular season in an effort to lead a team that was, at least at first glance, about as talented and deep as this Lakers team, stumbling into the third seed in the Eastern Conference.

Then there’s the lack of three-point shooting. Apart from KCP and Kuzma, there’s not much to speak of–and the addition of Rondo, Stephenson and JaVale McGee is hardly calculated to improve that area.

And forget about the potential chemistry issues here. You’ve got an extremely young head coach–one who’s younger than Brad Stevens, and with far less coaching experience. This guy is going to be asked to manage Rajon Rondo (who still hasn’t realized how much damage his personality has done to his career), Lance Stephenson (who, ibid), JaVale McGee, LeBron James and Lonzo Ball’s dad.

Walton is barely four years older than LeBron, and if LeBron had no issues ignoring Ty Lue–another ex-player who jumped into a head coaching slot after a cup of coffee as an assistant for a successful team–ask yourself what an older LeBron James is going to respect about an even younger Luke Walton.

Page 2: Where another ex-Celtics guard signs with another Los Angeles team

The Clippers wanted to flip Bradley again at the deadline, but teams were concerned about his upcoming free agency and about the medical reports that indicated the groin injury, which eventually ended his season, was too serious.

I’ll just say this right now: There’s a pretty strong chance that if the Celtics hadn’t hired Ainge in 2003, I’d have become, by now, about as much of a Celtics fan as I am a White Sox fan.

While everyone is talking about where talented players are at in the league, and arguing about whether Jordan is better than James (the correct answer is: “who cares, Russell is the greatest.”), the real story is in the front offices. Take the Clippers, for example: They were shopping Avery Bradley at the deadline, couldn’t trade him because of his injuries, so they signed him to a two-year deal. Despite already having a ton of guards. Why? What’s the strategy here? Or is this just mindless roster filling in an effort to field a basketball team of some sort next season?

One day after missing the Celtics’ first summer league practice, the Globe’s Adam Himmelsbach was told that Williams made it to Monday’s summer league session.

Williams finally reporting to summer league practice comes after a couple of gaffes.

The morning after the former Texas A&M player was drafted 27th overall, he overslept for a media conference call. But far more seriously, Williams missed his flight ahead of Sunday’s opening session.

MassLive: Boston Celtics make Brad Wanamaker signing official  | Boston Celtics rumors 2018: DeMarcus Cousins had narrowed choices to Golden State Warriors, Celtics  (this is not as big a deal as it seems–that injury is brutal and recovery can take over a year–Cousins may end up being more of a large cheerleader than anything resembling the center he was in Sacramento and New Orleans)

Boston.com: What Paul Pierce had to say about Rajon Rondo joining LeBron James in L.A.