Edwin Diaz has basically been automatic for the Seattle Mariners 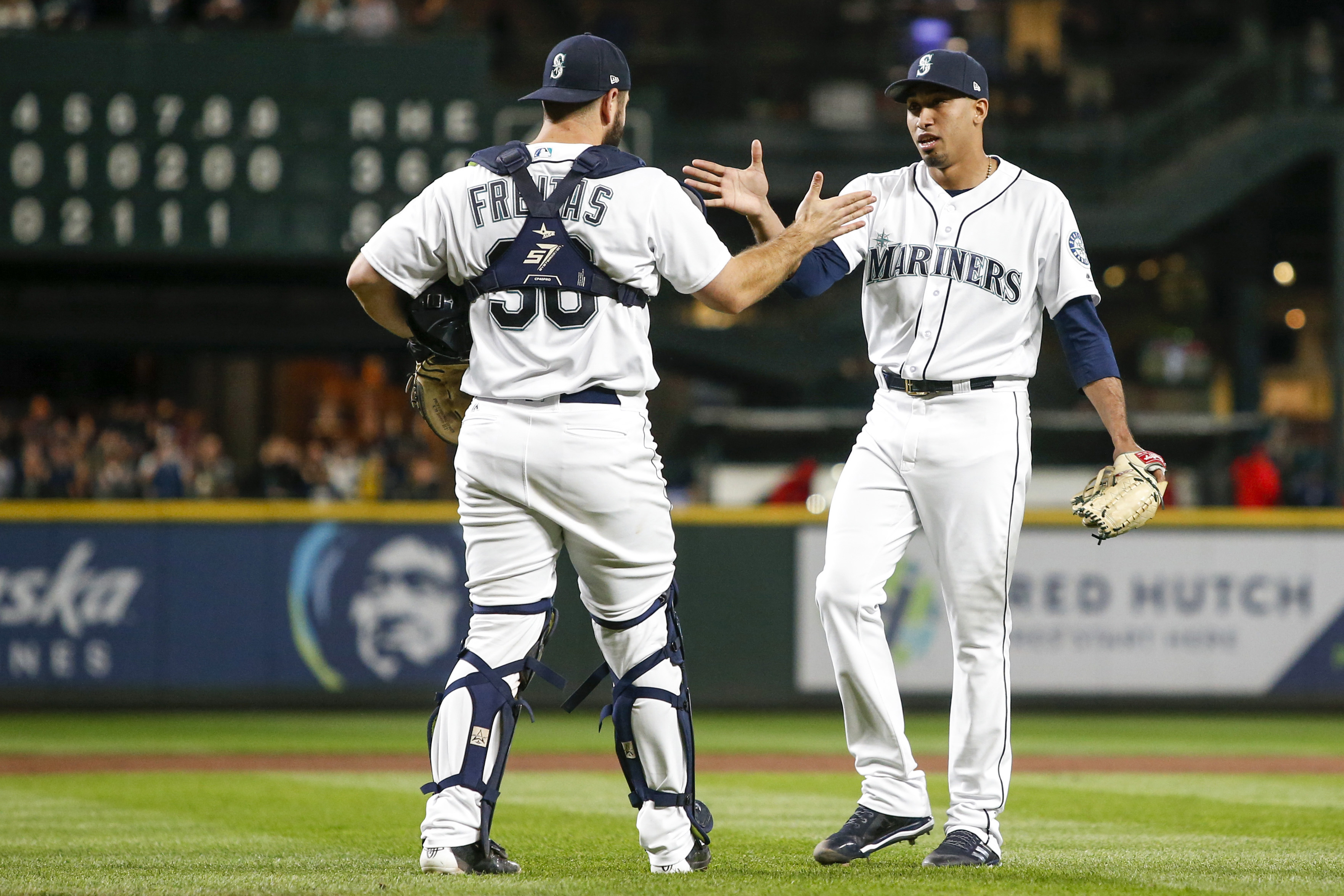 Edwin Diaz has basically been automatic for the Seattle Mariners

The Seattle Mariners have been surprising quite a few people so far this season. Entering action on July 4th, they’re just 0.5 games behind the first-place Houston Astros in the American League West off the strength of a 55-31 record.

How have they been able to manage this, especially with second baseman Robinson Cano currently serving a suspension? Well, we’ve previously touched on their ability to win one-run games, which certainly helps. One of the keys to that level of success in close contests, though, is a strong bullpen.

According to fWAR, the Mariners have a top-10 bullpen (3.2 fWAR). But it’s basically because of closer Edwin Diaz, who has been worth 2.2 fWAR on his own through 45 innings of work. That’s already a single-season career-high mark for him.

The hard-throwing right-hander collected another save on Tuesday night. It was the 33rd time he’s shut the door on a Seattle victory, which leads the league. And if you think he’s been racking up saves at a very high rate, you’d be right.

Most saves in MLB history prior to All-Star break:

He’ll only need one more save to match his 2017 total. Something tells me that’ll happen pretty soon.

Diaz has been a useful reliever since debuting in 2016, but he’s clearly rebounded after taking a step back last season. Here’s how his ERA, SIERA, strikeout rate (K%), walk rate (BB%), and homers allowed per nine innings (HR/9) stack up during his short MLB career.

This bounce-back has been aided by some drastic changes in his batted-ball profile, too.

The value of this pitch on a per-100-pitch basis has improved from 1.79 last year to 2.59 so far this year, according to FanGraphs. It’s easily the most effective pitch in his arsenal — hitters have produced a 55.6% strikeout rate, 28.1% swinging-strike rate, and a 5 wRC+ against it.

If the Mariners plan to keep pace with the Astros — and at the very least, hold on to one of the AL wild-card spots — they’ll need Diaz to continue locking down the ninth inning in close games like he has over the past few months.