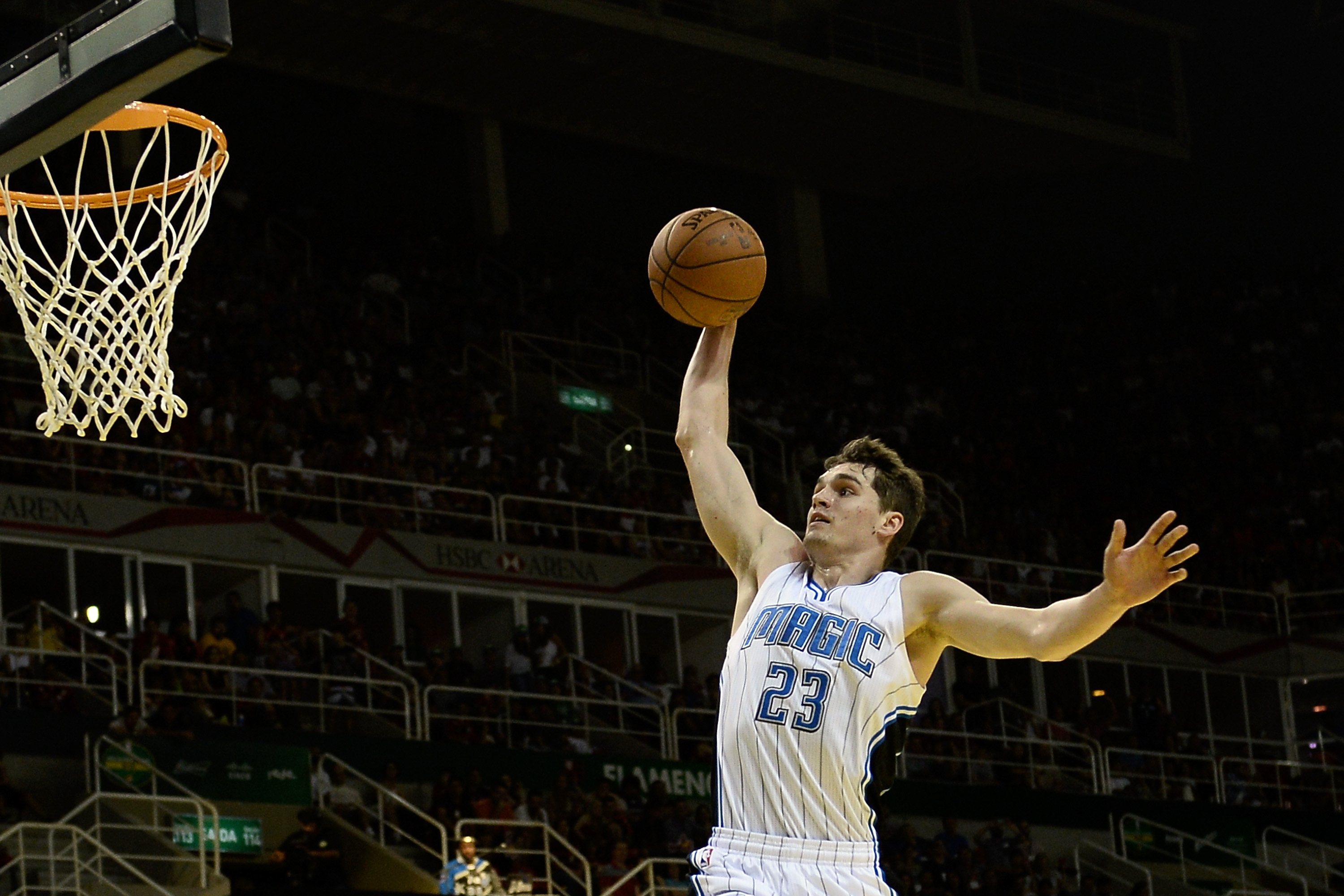 Mario Hezonja’s agreement with the Knicks on an one-year, $6.5 million contract will serve as a low risk, high reward like move for his new team.

To say the Knicks will be a question mark heading into the coming season would be regarding them politely. With Kristaps Porzingis set to be sidelined for months into the campaign, some may argue that New York might as well hold him back the entire year, to ensure they secure a high lottery pick while not risking injury aggravation without much at stake.

But the fact of the matter is, this team has a commitment to its fan base: to remain competitive and provide a quality source of entertainment, all while exploring talent that will allow them to develop a successful on-the-court product for years to come.

Signing Hezonja will help the Knicks accomplish both things, and if the experiment does not work, they’ll be no worse off the following season.

At 6’8″ and 220 pounds, Hezonja is a lengthy and athletic swingman who has progressively improved on the defensive end in each of his first three seasons. In 2017-18, he averaged a career-high 1.1 steals and demonstrated an ability to defend multiple positions with ease. As far as new head coach David Fizdale is concerned, the young gun’s commitment to defense should trump everything else.

That said, the 23 year old’s confidence when shooting and scoring the basketball is often unrivaled and that’s something the Knicks will hope to benefit from. Hezonja won’t be one to shy away from bright lights of the Big Apple. Coming off a career year in which he averaged 9.6 points in 22.1 minutes per contest, he’ll relish the opportunity to be trusted with a high scoring role in New York. He likes to let it fly, but still has some growth opportunities as it relates to rising up as a ‘catch and shoot’ weapon.

Ideally, Hezonja should look to serve as a ‘3 and D’ player, but his long-range shooting has left much to be desired despite his potential. He converted on just 34% from deep last season in Orlando. Still, there’s more to the swingman that meets the eyes. Despite his slender frame, he’s tremendously athletic. He’s a highflier who can absorb a decent amount of contact around the basket, increasing the chance for him to aggressively pursue high-percentage looks.

As a young gifted athletic, there’s room for him to grow. He fits nicely into the Knicks’ desired core in that regard. Hezonja was selected fifth overall in the 2015 NBA Draft by the Magic, while Knicks General Manager Scott Perry was a part of the team’s front office. Clearly, he’s taken a liking to the new Knickerbocker and believes in his potential.

Fans should enjoy Hezonja getting the green light in New York. Much like rookie Kevin Knox, however, he should have to compete for a starting job. It would seem as though slotting Hezonja in as sixth man would take pressure off him and enable him to run and gun as the second unit’s staring attraction. Still, if his desire is to start, he should be forced to earn it.