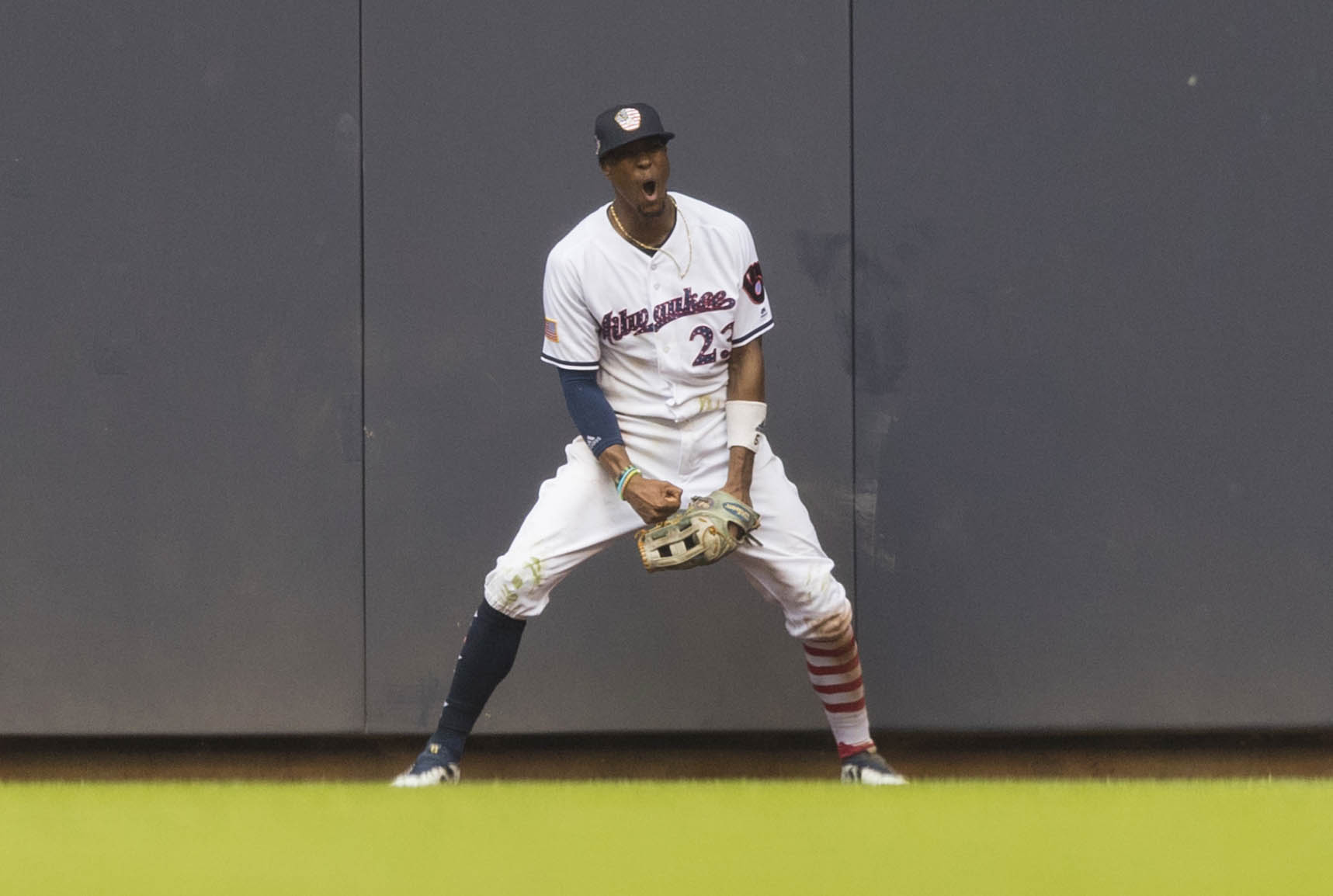 Milwaukee Brewers center fielder Keon Broxton has had his ups and downs at the plate as a big leaguer. He’s proven to be awfully good at robbing game-altering home runs, though.

Too many outfielders for too few spots on Milwaukee’s 25-man roster actually landed Broxton in Triple-A to start the season. He slashed .263/.336/.431 with 9 homers, 35 RBI, and 24 stolen bases in 295 plate appearances before getting recalled to the bigs. And that only happened because Lorenzo Cain was placed on the 10-day disabled list.

He’s played every day since making his season debut on June 27th, and although it’s only been 29 plate appearances, he owns a 110 wRC+ and .339 wOBA. He’s getting plenty of love on this Independence Day for an incredible catch that took a home run away from Brian Dozier in what ended up being a 3-2 victory over the Minnesota Twins.

It was only 3-1 when this ridiculousness happened, but clearly, it was a game-saving moment.

For opposing hitters trying to get a ball out of the park in the ninth inning or later, it’s best if they don’t hit it near the area where Broxton is patrolling.

On Wednesday, @Brewers OF Keon Broxton robbed his 3rd HR in the 9th inning or later during his career. Since his rookie season of 2016, no other player has more than 1. pic.twitter.com/DBXgfyds31

Of course, we can say, “Well, it could’ve happened in blowouts, so this isn’t that cool.” ESPN Stats & Info followed up this tweet with the details of his other robberies, and they indeed were very impactful.

All three robberies were game-saving plays:

This is even more impressive because he hasn’t had all that many opportunities in the outfield to make it happen. Sure, he appeared in 143 games last season, but Broxton played in just 75 in 2016 and eight so far this year.

Broxton has been given a number of opportunities to rob potential game-changing homers in just over a year’s worth of innings as a defender. And he’s taken advantage of those chances.