World Cup quarterfinal round preview: Who will advance to the semifinal? 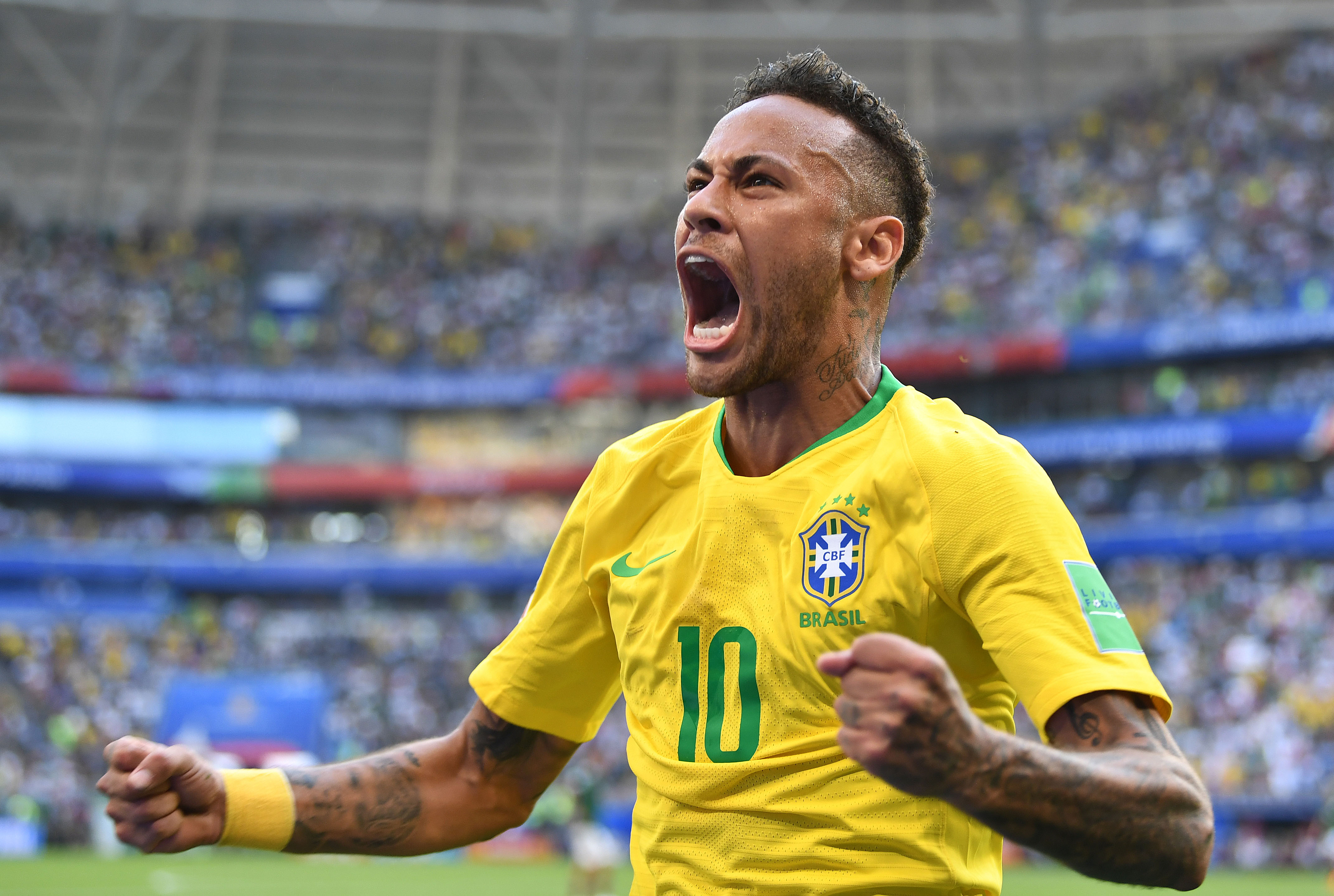 World Cup quarterfinal round preview: Who will advance to the semifinal?

The World Cup field has been narrowed down to only eight teams, and the matches thus far have been anything but predictable. Favorites like Spain and Germany have been eliminated, which should be viewed as a warning to the remaining “powerhouses,” that any complacency on their part might see their hopes for World Cup glory come to a premature end.

Key players on the eight remaining teams such as Marcelo and Edinson Cavani are nursing injuries, so the depth of the bench might be as critical as the talent of the starting eleven. Normally, this might give the advantage to the larger countries, but it apparently didn’t for Spain and Argentina. Brazil may be the current favorite to win, but all eight remaining squads are capable of getting it done. As such, let’s take a closer look at those teams as we attempt to predict who will advance to the semifinal round of the 2018 World Cup.

Uruguay- After easily finishing in first place in their group without ceding a goal, Uruguay faced a tough Portugal team. While Edinson Cavani was able to provide the two goals they needed to win, their defense held Portugal to a lone goal on a set piece. Their strong back line blanketed Cristiano Ronaldo, denying him the ball routinely.  Most defenses have been unable to shut down CR7, but Uruguay showed just how strong Diego Godin and Co. are in their third of the field. The wild card for La Celeste is the injury Cavani suffered in the match against Portugal and how match-fit he will be by Friday.

France–  With so much of the chatter concentrated on Argentina, Les Bleus stuck to their game plan and beat Argentina 4-3.  Finding themselves down 2-1 after 48 minutes, France ran right at the porous back line of La Albiceleste, with teenager Kylian Mbappe scoring twice in the second half. While Lionel Messi managed two assists for Argentina, a late goal by Sergio Aguero kept the score closer than the match appeared to be. The French have offensive weapons like Antoine Griezmann and Olivier Giroud, but they’ll need fellow striker Blaise Matuidi to contribute more up front and a tighter back line to fend off the counter-attack capability of Uruguay.

Prediction– Both teams are solid up front, but if Cavani is hampered by an injury and can’t play, Uruguay have no other players of his caliber that can replace him. It was clear that when Cavani was substituted against Portugal, Luis Suarez was ineffective as the main target. Uruguay’s defense will keep the game competitive, but France simply have too many weapons up front. Look for Les Bleus to advance to the next round with a 2-1 win.

Brazil- The Samba Boys took first place in group play, winning twice while drawing once. Team captain Neymar continues to return to form following his broken metatarsal injury, netting the first goal for Brazil. This is a team that can generate offense from a number of players. Philippe Coutinho has been the most consistent, receiving help today from Chelsea midfielder Willian and substitute Roberto Firmino. Their defensve has been stellar, having ceded just one goal in four tournament matches. However, Brazil will be missing Real Madrid fullback Casemiro due to yellow cards accumulation, although he will be replaced by Manchester City’s Fernandinho, who is certainly capable of stepping in for him.

Belgium- After some disappointing tournaments over the past few years, Belgium’s “golden generation” seem to be ready to make a run deep into this World Cup.  Their starting eleven is strong, with Chelsea goalkeeper Thibaut Courtois, Manchester City fullback Vincent Kompany, midfielder Kevin De Bruyne and strikers Eden Hazard and Romelu Lukaku leading the squad. This is a team that is always competitive and exciting to watch. While Japan led the Red Devils 2-0 after 52 minutes, defender Jan Vertonghen drew one back in the 69th minute.  As if to demonstrate the depth of the Belgian bench, their two substitutes, Marouane Fellaini and Nacer Chadli, each scored late in the game to salvage a 3-2 win over the Samurai Blue and advance to the quarterfinal round of the tournament.

Prediction- Both teams have experience on the international stage and a strong roster, but this game will come down to speed on the flanks. Belgium’s defenders, notably Vincent Kompany, Thomas Vermaelen and Jan Vertonghen, appeared slow to react against Japan.  Look for Brazil to exploit this weakness and advance to the next round of play with a 2-1 win.

Russia- Although they are the host country, few thought Russia would beat Spain.  After all, Russia is the lowest-ranked FIFA team in the tournament, and Spain seemed to possess the pedigree and the stars to easily handle the Golden Eagles. Russia’s game plan from the onset, as stated by goalkeeper Igor Akinfeev in a post-game interview, was to bunker throughout the match while playing for penalty kicks. With the game tied 1-1 after 120 minutes, that’s exactly what happened, and it was clear that Russia had the mettle that Spain lacked. The Golden Eagles have no big-name stars on their roster, but play well as a cohesive unit. That — along with a solid gameplan and the home fans behind them — has made Russia a force to be reckoned with in the tournament.

Croatia- Earning all nine points while ceding only one goal in their three matches in the group stage, Denmark proved to be a tough adversary for Croatia. With the scored tied 1-1 after just four minutes, no goals followed, and Croatia beat Denmark in penalty kicks after 120 minutes of competition. Striker Mario Mandzukic is their main threat up front, but the midfield is their core strength with La Liga stars Luka Modric and Ivan Rakitic controlling the center of the pitch while supporting the offense. With Liverpool defender Dejan Lovren anchoring the back line, Croatia is an extremely well-rounded squad.

Prediction- While Russia have impressed the soccer community and their home fans, it won’t be enough to beat Croatia. The difference will be the talented Croatian midfield against a tired and somewhat aged back line of Russia. Croatia will advance with a 2-0 win against the host team, ending an otherwise successful World Cup run for Russia.

Sweden- Needing a win in their third match of the group stage against Mexico, Sweden delivered a convincing 3-0 win over El Tri to advance to the knockout phase of the tournament. They ended up being the only team in their group with a positive goal differential (+3). Emil Forsberg had the only goal of their Round of 16 match against Switzerland, which took a cruel deflection off Swiss defender Manuel Akanji to advance Sweden to the next round of play. Ironically, it was a similar type of goal that got the Swedes to the World Cup in the first place, at the expense of Italy. While Sweden suffered no injuries in the match, they will be without starting fullback Mikael Lustig in the next game due to yellow cards accumulation.

England- Gareth Southgate and his “Young Lions” continue their run at the World Cup after finishing just behind Belgium in Group G. Their Round of 16 match was against a tough Colombian squad, albeit one that was missing star striker James Rodriguez. England managed just one penalty kick goal in regulation play as the match went past 120 minutes and into the penalty kicks. History has seen England knocked out of three prior World Cup competitions in the penalties, but the soccer gods smiled on Southgate and Co. this year. They advanced into the next stage of the tournament by a 4-3 penalty tally. With two shots on goal in the entire match, England will need to improve their play inside the box if they hope to progress further in Cup play.

Prediction- While England might have a deeper bench than Sweden, the Blue-Yellow are trying to recreate their glory days of the ’50s, when they were runners-up in the 1958 World Cup.  With a stingy defense and a strong midfield, Sweden will control the tempo of the game, and make the most of their scoring opportunities, resulting in a 1-0 win over England.