Your Morning Dump... Where Celtics rookie Robert Williams takes responsibility for his actions 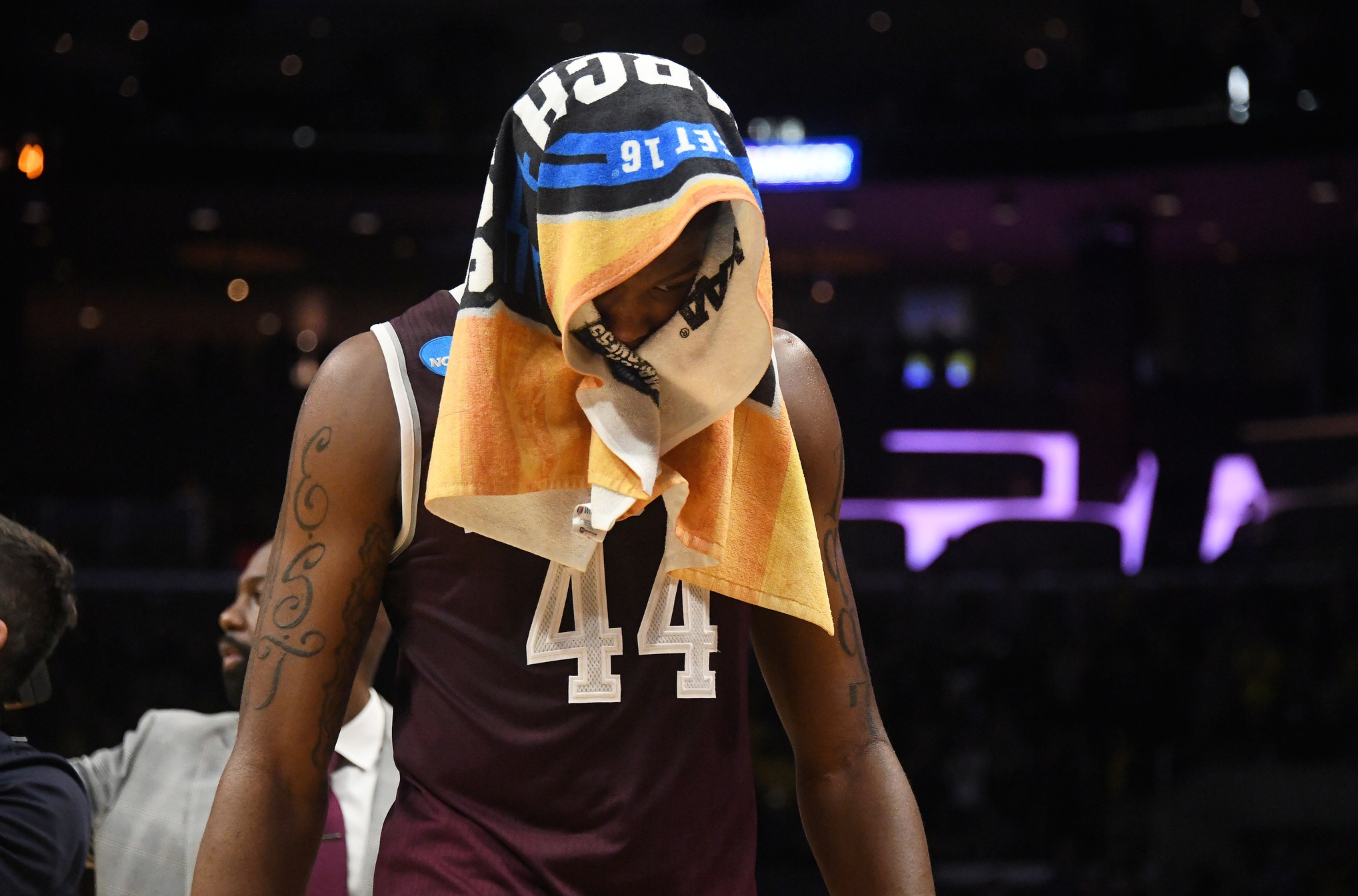 Your Morning Dump... Where Celtics rookie Robert Williams takes responsibility for his actions

“I went home, did a couple of things, then just a missed flight,” Williams said Tuesday before Boston’s summer squad practiced at the team’s new Auerbach Center. “Missed communication by me. It’s all on me. So we’re going to push forward and move past that.”

The Celtics emphasized work ethic to Williams when he first arrived in Boston last week, and the 20-year-old rookie referenced hard work seven times during his introductory news conference on Friday.

The team reaffirmed that message when Williams arrived tardy to Boston over the weekend.

“Just accountability, which they stressed to me a lot when I first got here,” Williams said. “Just accountability and just stressing that this is a job. Things are different in college so just knowing what you have and the opportunities are limited.”

You know it’s a slow news day when the only point of interest is a player showing up to practice after missing one. Robert Williams is doing the only thing he can, which is giving the best athlete-speak possible to interviewers to take responsibility for his mistake. It’s kind of like practicing for the SATs, where you just stuff as much vocabulary into your essay as possible and hope for the best. Keywords include: Responsibility, push forward, opportunity, do your job, etc. Good luck!

For what it’s worth, there were some positive comments once he finally saw the practice floor:

And more from the above article:

“He dunks with his elbows, which is a really positive thing,” Larranaga said with a laugh. “He’s been really, really good. Really focused. Picked up the points of emphasis that we had [Monday] in practice really well. Seems very coachable. Like we said, this is the beginning of the process for him and for the summer league team. Day 1 was good.”

Later Larranaga added: “He’s volleyball-spiking shots and catching the ball with his elbows. He can make an impact on both ends of the floor when he plays with great effort. He has that length and athleticism. I think he’s a very unselfish player. That’s really important in our system.”

If I’ve noticed one thing about the Celtics coaching staff, it’s that they like to talk up their players and see if they can live up to it. Anybody who is doing just fine is doing great, and anybody doing great could be doing better. I’m probably overthinking it, but Larranaga’s comments could be part of the plan to motivate Williams, now that there’s some pressure to do all the things he said he could do.

Also, have I been living under a rock? I’ve never heard of a player “catching the ball with his elbows” before, and yet it seems so commonplace when Larranaga mentions it here.

Highly likely Marcus Smart returns to the #Celtics but an extension may be murky since Dante Exum signed for $11 million per season. Smart has played in 99 more games and averaged nearly 4 more points per game than Exum, who was drafted one slot ahead of Smart in '14.

The good news is that most of the teams that could offer Smart money have spent their allowance already. The question mark still remains when it comes to deciding his worth. Dante Exum’s $11 million per year is pretty high given his relatively uneventful first four seasons (one missed to injury). Around the league, we’ve seen Fred VanVleet signed to a two year, $18 million deal which is an absolute steal, and Rajon Rondo get $9 million to play a year for the Lakers, which is… questionable. JJ Redick, one of the best non-All-Stars on the market, is getting around $12 million on another one year deal, although he was probably willing to take a little less given how much he made last year ($23 million) and how much he likes living on the East coast.

Long story short, free agency is a mess, which has come to be the norm in today’s NBA. Some of the other teams with cap space are in rebuild mode, so I’d expect Smart to re-sign with Boston for a reasonable amount of money before too long.

Finally, some odds and ends

From what I’m told, Jayson Tatum has been grinding in the weight room. May never get physically bigger—but I’m hearing he’s already significantly stronger. https://t.co/5cAFtvPu4V

Sounds like there is some level of mutual interest between the Orlando Magic and free agent guard Isaiah Thomas. Dance is around money, but it would almost assuredly be a one-year deal.

As the Celtics summer leagues practice on court, Aron Baynes absolutely tearing up an exercise bike above the court.

Brad Wanamaker tells me that a key consideration in his decision to join the Celtics was his expected development under Brad Stevens. Wanamaker and his agent were “very aware” of the upward trajectory of nearly every player who has played under Stevens in Boston.

Outside the fervor of free agency, things are pretty ho-hum in Boston, which is probably a good thing. After hearing about locker room drama leading to Marcin Gortat getting traded across the country, seeing the Lakers sign a bunch of clowns, and watching the Thunder go approximately $80 trillion into the luxury tax, I’d suppose that no news is good news for our Celtics. Mark your calendars for Friday, when summer league action kicks off and we hope to forgive Robert Williams for his sins through thunder dunks and volleyball spikes.

Boston.com: What Robert Williams had to say after missing the Celtics’ first summer league practice | NBA.com: Williams aims to shift headlines to his game-changing defense