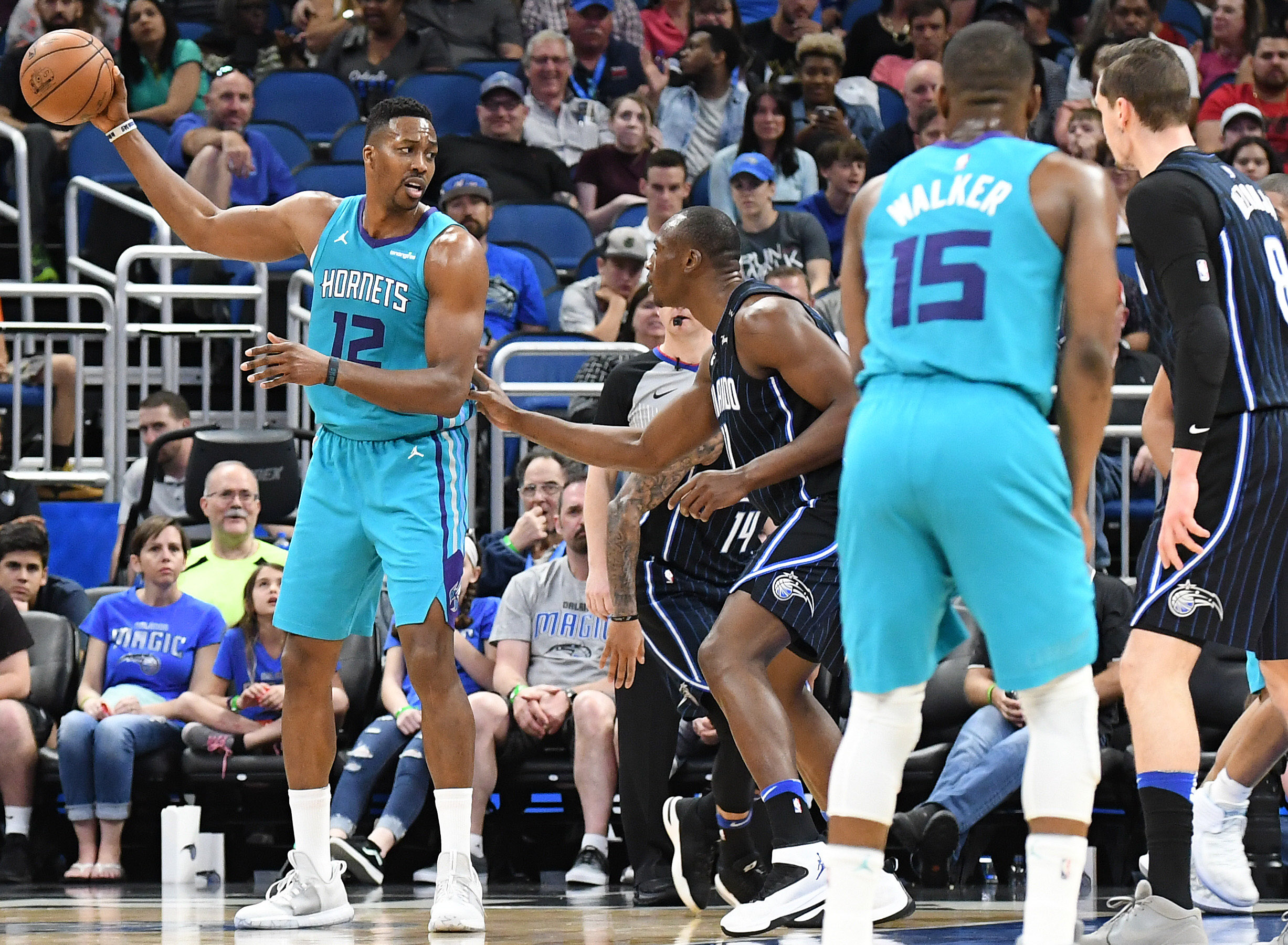 Hornets big man Dwight Howard is looking to make some big changes going forward, or so he says.

Howard, who is known for being a bit high-maintenance, as it relates to him being a teammate, apparently wants to change his reputation, or at least how he’s been viewed.

He’s played for four teams in the past six seasons, and the Wizards will be his sixth. And now that he has 14 seasons under his belt, he supposedly wants to do things differently in his 15th, according to a report from NBC Sports Washington’s Chris Miller.

“Dwight has worn out his welcome in the last four places he’s been: Houston, LA, Charlotte and Atlanta, his hometown. From what I’ve been told by a source, he wants to change the narrative on him, what people perceive of him,” Miller said. “I’m excited about him. I went from being ‘okay’ to being excited about him. Because from what I heard, he’s trying to change the image of him coming into a team and wearing out his welcome.”

That sounds great, and Miller is obviously being a mouthpiece for Howard here. But we’ll believe it when we see it.