Dwight Howard will be a double-edged sword for Wizards 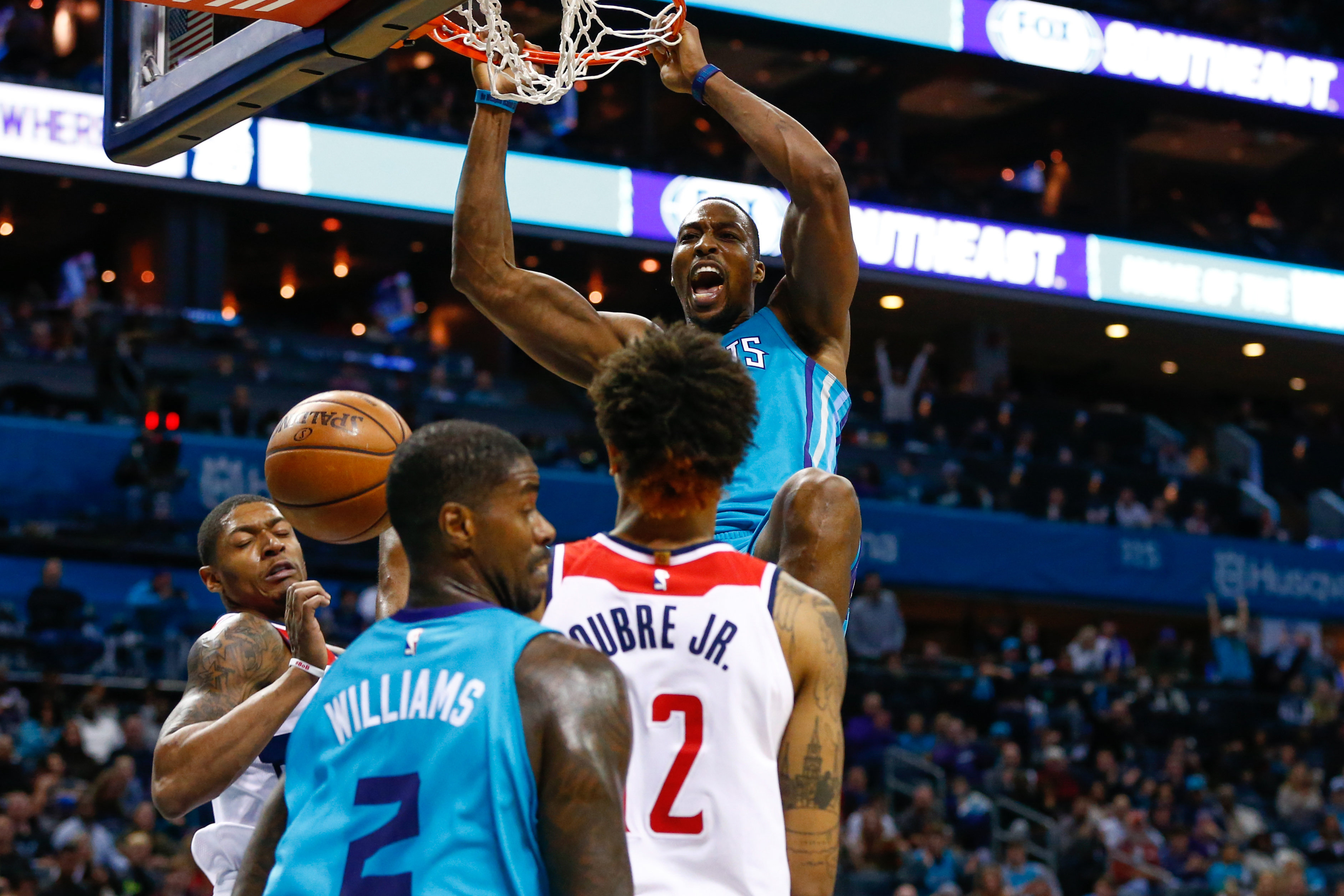 Dwight Howard will be a double-edged sword for Wizards

The Washington Wizards and Dwight Howard are about to embark on a relationship where one should hope for the best, but prepare for the worst. According to multiple reports including the initial one from The Athletic’s Jared Weiss, the Wizards will sign the big man. This will come only after he has been bought out from his nearly $24 million contract by the Brooklyn Nets upon the completion of the league’s moratorium period at 12:01 p.m. on Friday.

At 32, the eight-time All-Star’s best days are behind him, but that does not change the fact that he will be one of the most decorated and achieved centers ever to play for the Wizards since they changed their name in 1997. He is a three-time Defensive Player of the Year, five-time All-Defensive team member, five-time rebounding champion, and two-time block champion. He will no doubt be in the NBA Hall of Fame one day.

Howard is no longer the monster that averaged 20 points, 14 rebounds, and three blocks per game like during his time in Orlando, but he is still a serviceable player. Last season, he played in 81 games and averaged 16.6 points, 12.5 rebounds, and 1.6 blocks in 30.4 minutes per game. He no longer has the bounce to be considered Superman, but the former No. 1 overall pick will be the biggest name John Wall has ever played with.

With all due respect to the Wizards centers who came before Dwight Howard…John Wall has never had a center that can do the things D12 can do. Period. pic.twitter.com/nLCAP03uXa

The Daily Double will provide a more capable rim protector to deter drives in the paint or help cover up some of the Wizards woeful on-ball defense from last season. Howard will be able to convert lobs from Wall’s drives to the paint with easy. The center will also be able to fill the screen assists hole left by Marcin Gortat as he was credited with 338 last season, just 26 shy of Gortat’s league leading 364. In a vacuum, signing Howard and pairing him with Wall is a home run, but that would be too good to be true.

Washington will be the sixth team Howard plays for in seven years and fourth in the past three seasons. Things did not work in Los Angeles with Kobe Bryant. Houston never got over the hump, Atlanta traded away their hometown star, and Charlotte unloaded him, too.

Others have discussed Howard’s lack of playing team ball by demanding post touches and disapproving of reduced playing time. One source described Howard’s arrival to D.C. as “nuts” and questioned whether the center would be able to co-exist with Wall. Howard reportedly wants to fix his image in the league, but if he does not, then the Wizards will have an even worse locker room than they did last season.

The Wizards had no choice but to try and significantly improve their roster with the departure of LeBron James from the conference, but the likes of Philadelphia and Boston clearly ahead of the rest. Signing an Alex Len or Al Jefferson would not have cut it. Washington could be a top-three seed in the East, barely squeak into the playoffs, or return to the lottery for the first time since 2013.