Noah Syndergaard Will Make A Rehab Start For Brooklyn Sunday 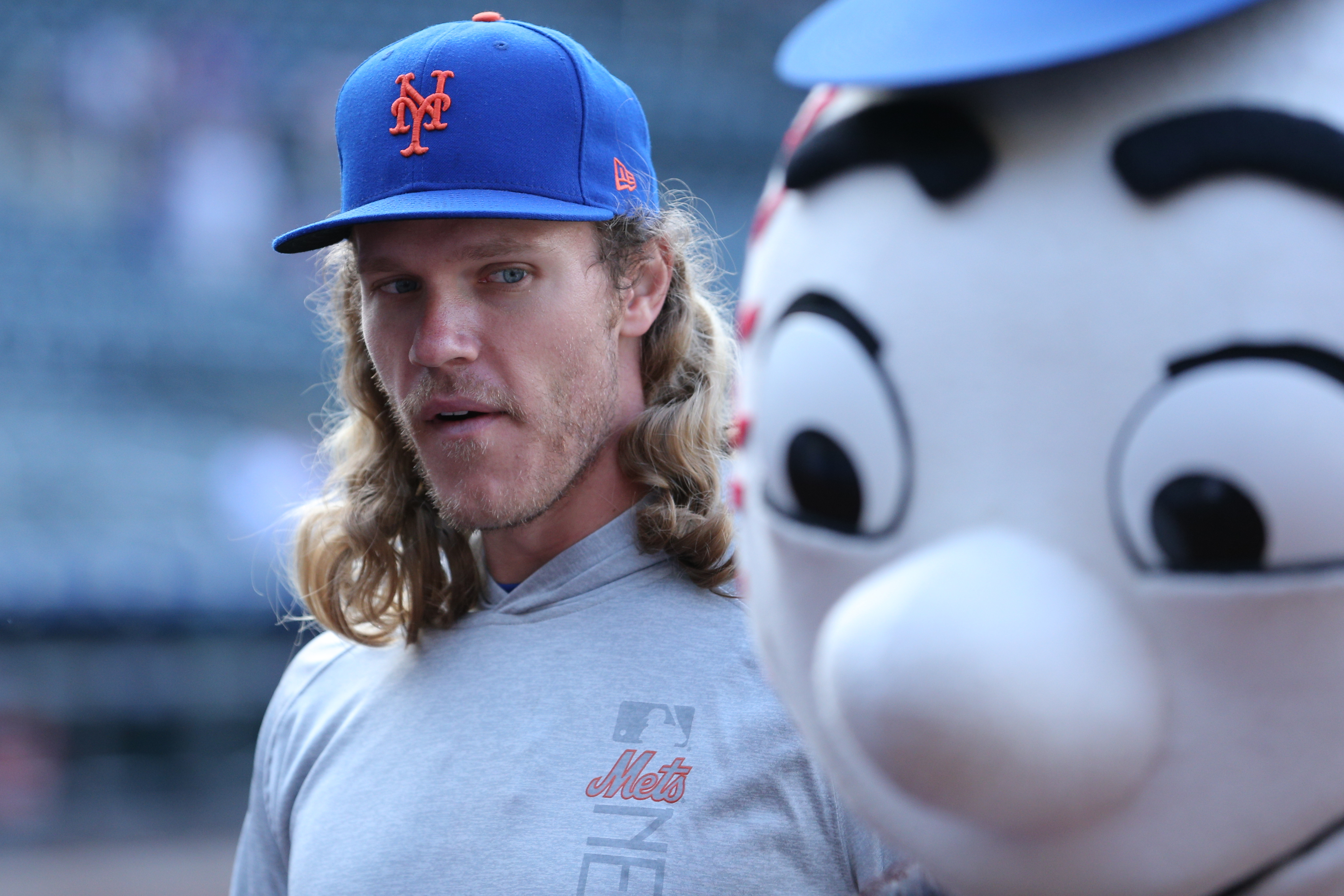 Noah Syndergaard Will Make A Rehab Start For Brooklyn Sunday

The New York Mets are one step closer to getting one of their best starting pitchers back. Noah Syndergaard, who has been sidelined since late May due to a strained ligament in his right index finger, is scheduled to start for the Brooklyn Cyclones in a rehab game on Sunday. The plan is for Syndergaard to throw 60 pitches in the outing, and if all goes well he could return to the rotation shortly after that.

The Mets would love to have Syndergaard back, especially with the team trying to sneak by with a four man rotation after shifting Seth Lugo back to the bullpen. Syndergaard could be back in the rotation as soon as this weekend’s series with the Washington Nationals, and that start could come as early as Friday if the Mets keep him on turn. It’s also important for the Mets to get Syndergaard back to show that he is healthy in case the team wants to deal him for a collection of prospects to boost their severely lacking farm system. The odds of a deal remain unlikely since the Mets don’t have a true GM at the moment and will insist on top dollar for their talented young right hander.

In other starter news, it appears that Jason Vargas is lagging a bit behind Syndergaard in his rehab from a calf injury. Vargas is slated to pitch another simulated game on Sunday, Mike Puma of the New York Post reports, but is still a bit away from a rehab start since he needs to be able to feel 100% with his calf in order to field the position. There is no real urgency for the Mets to get Vargas back since he has gone 2-6 with an 8.60 ERA for them this season.