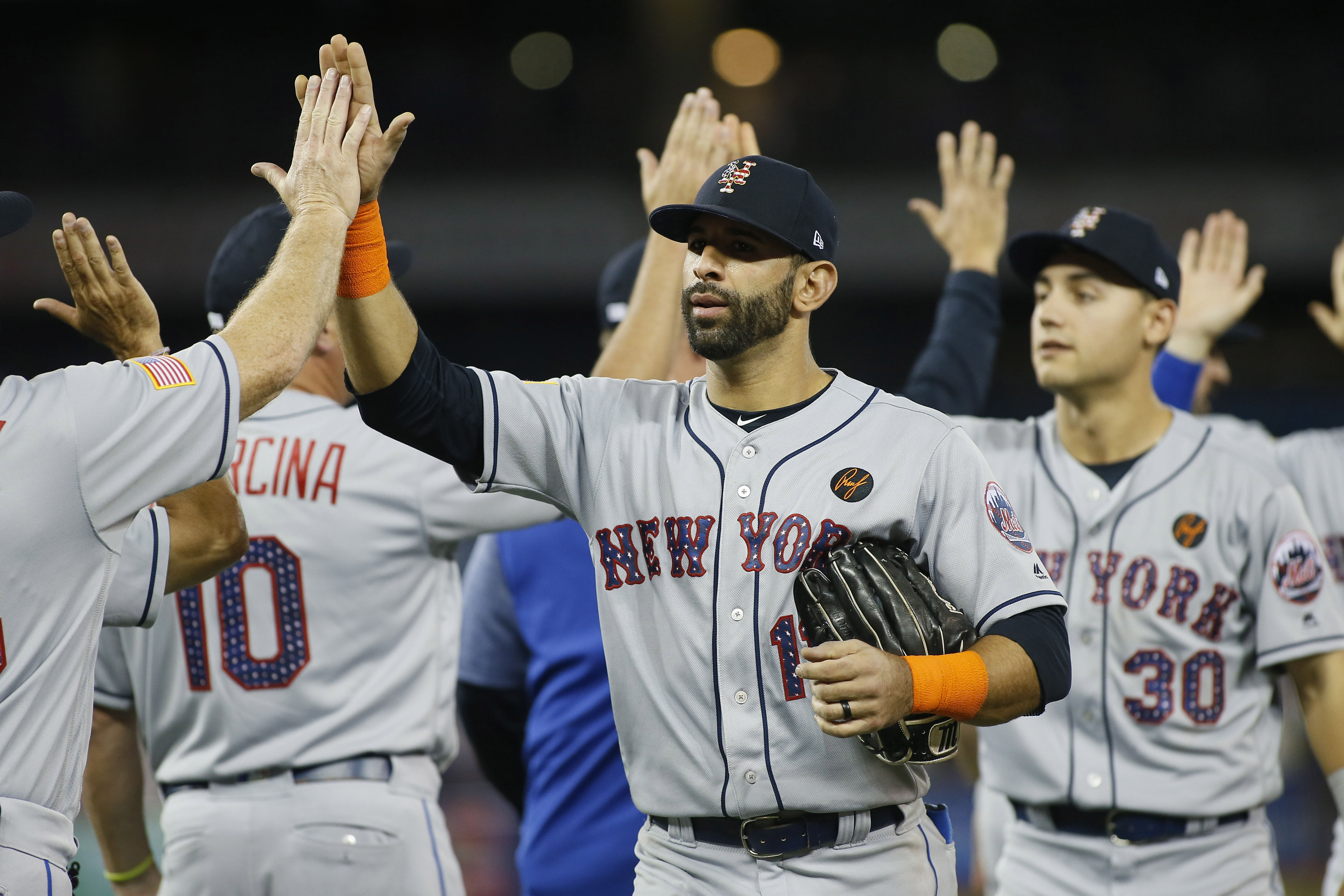 I don’t know what’s worse: making a conscious decision not to watch a Mets game, or watching a Mets game and then having no recollection of it just hours later? Has it become that bad?

I watched six innings. Remembered that Todd Frazier hit a home run. Maybe he did the “salt and pepper” afterwards. Do they still do that? Saw Jose Bautista win the hearts of Toronto all over again. Saw a fan with a banner saying that they missed Jose Reyes and wondered if it was due to mistaken identity or lots of mind altering drugs? (Those drugs might have made me remember this game a little better.) I remember Seth Lugo coming in out of the bullpen because it’s so rancid that somebody decent needs to be in there to normalize things.

Alex Cora made a questionable double switch? Oh that’s right, he’s in Boston. I wonder how he’s doing. I wonder if there are any career choices he regrets.

The Mets won, so I was told by SNY as I flipped on their post game. Is it still Chris Cotter and Julie Donaldson? Man, all of these seasons and games are starting to blend together into some sort of Chris Prynoski animated nightmare sequence. Are the Mets going to resign Tom Glavine? Did the pizza guy drop the charges on Garcia and Spencer yet? Man, I hear this Jason Pridie guy they got is halfway decent. And if he doesn’t work out, Andres Torres should be off the disabled list in a matter of months. It’s good to be a Met fan. Is there any peyote left in that giveaway Mets piggy bank from 1974?