Watch: Wildcats fan tries to get DeMarcus Cousins' autograph, gets shot down by security 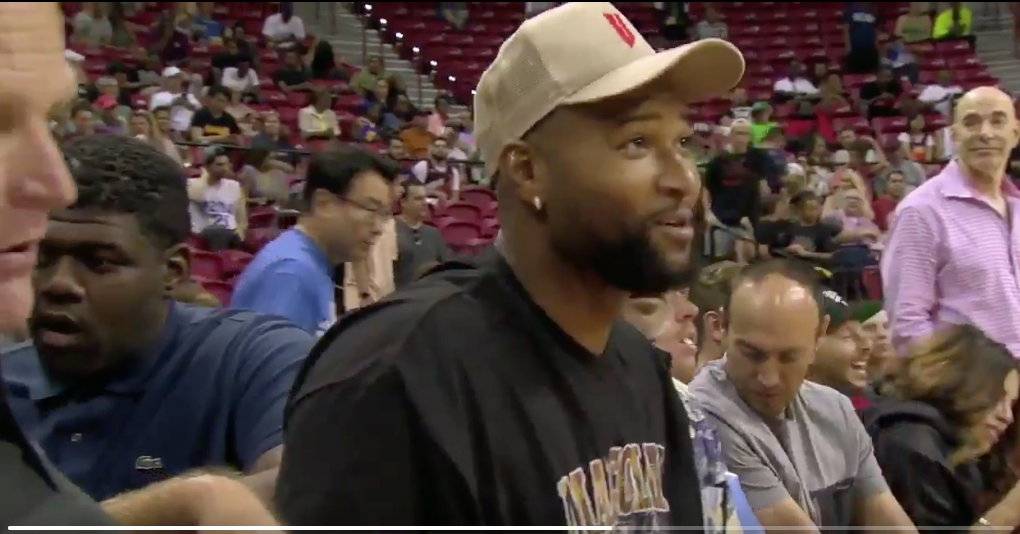 Watch: Wildcats fan tries to get DeMarcus Cousins' autograph, gets shot down by security

A Kentucky Wildcats fan had prime seats to Friday’s NBA Summer League action, and he tried to use them to his advantage.

The fan — who was wearing a Wildcats t-shirt — was seated behind DeMarcus Cousins, holding a basketball. He attempted to get an autograph from Boogie, who was sitting courtside, right next to Warriors head coach Steve Kerr.

Unfortunately for the fan, his attempt was thwarted by Cousins’ security guard.

Cousins never even turned around to acknowledge the poor fan. In fact, it didn’t even appear that he was aware of what was going on. Better luck next time.