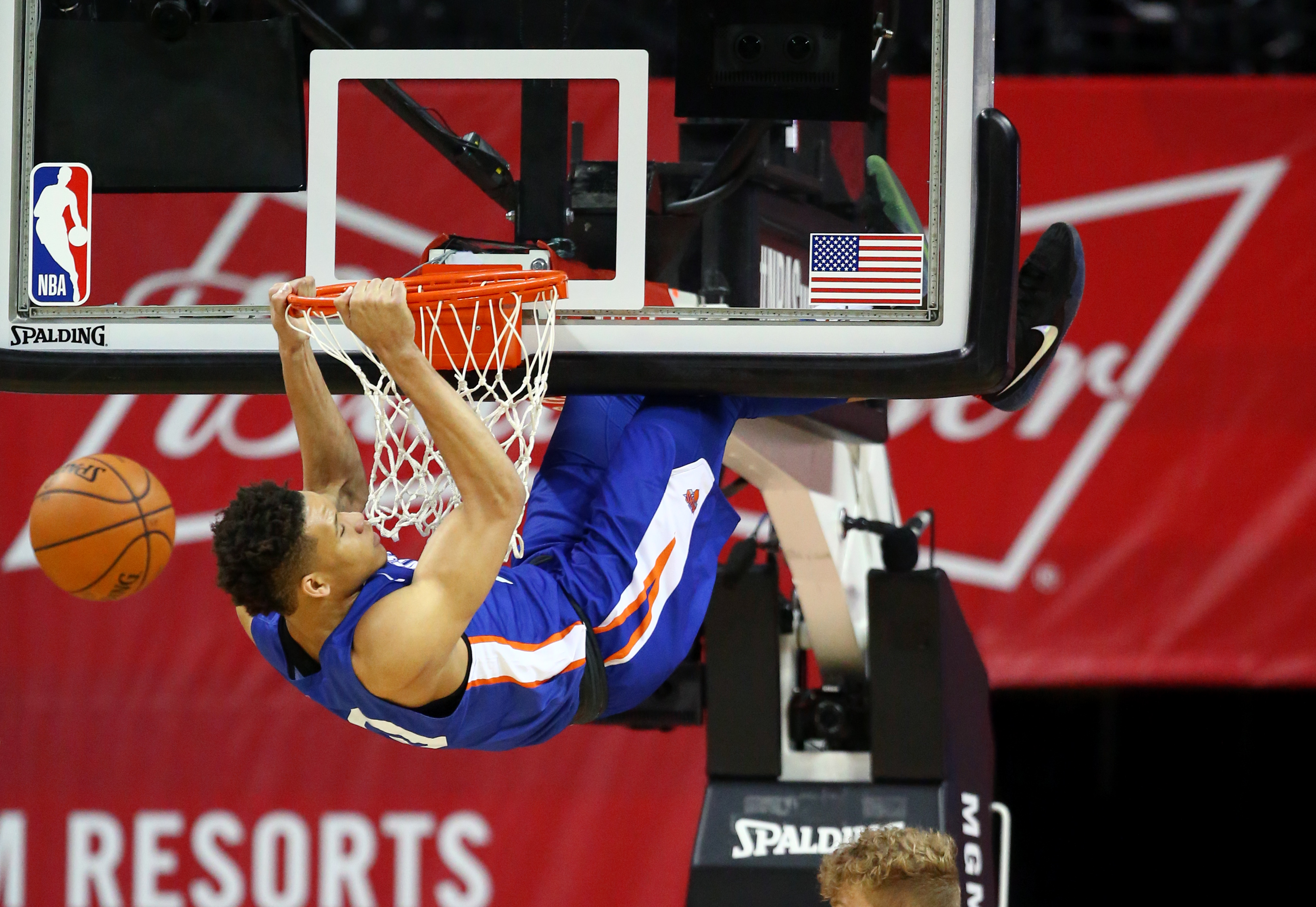 There might be a higher sense of nerves and anticipation when Kevin Knox hits the hardwood for his first regular season in a few months, but he didn’t show any hesitation at all in game one of NBA Summer League. Instead, he attacked with confidence and enthusiasm as the Knicks secured a 91-89 victory over the Hawks on Saturday.

Knox is an athletic freak and made quite work of strutting his stuff. He put on a show full of highflying slam dunks and awed the crowd from the opening tip. He ran the floor well with agility and evasiveness, all while finishing around the rim amid imposing contact from the defense. Shooting 8 of 20, the rookie paced his squad with 22 points and 8 rebounds. Still just 18 years old, Knox was very strong in transition, but struggled from the perimeter.

Knox was able to cash in around the basket following a bevy of good passes from his fellow prospects. It’s clear New York is embracing its youth movement and the group taking the floor in Las Vegas won’t be so different than the one competing at The World’s Most Famous Arena in the coming campaign. The players appear to appreciate such a leap of faith and displayed a great deal of camaraderie on the court.

As Knox’s development continues, it’ll be interesting to see if the Knicks look to highlight his physicality inside and ability to finish. The alternative would be putting a greater focus on his three-point shooting, but if one looks at the development of Tobias Harris (a similar player, albeit it a bit less athletic), it took him a while to incorporate that into his game. He didn’t shoot 36% from deep until his fourth season, and it wasn’t until then that he was attempting at least 3.5 long range shots from deep.

As far as Knox is concerned, the focus this early on should be about building confidence, and it’s up to the Knicks to capitalize on his athleticism in order to help him do that this week.