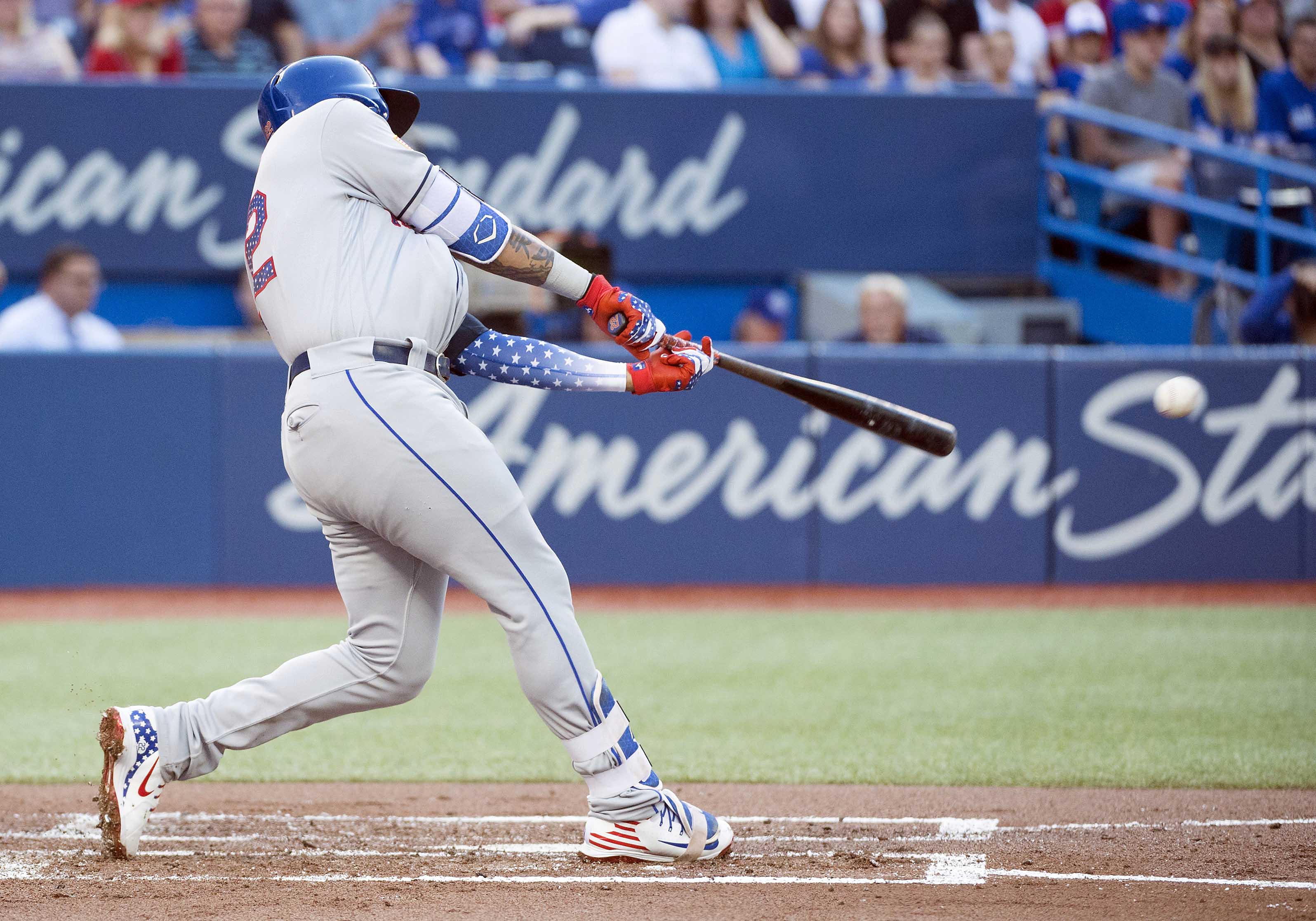 Today was a rare positive for Dominic Smith, who drew only his third start in the New York Mets’ last nine games. Initially recalled to be the Mets’ new first baseman after Adrian Gonzalez was designated for assignment in early June, Smith was shifted out to left field when Jay Bruce landed on the disabled list and has seen his opportunities at first base dry up in favor of Wilmer Flores. To make matters worse, manager Mickey Callaway has chosen to ride the hot hand of Jose Bautista in right field, relegating Michael Conforto and Brandon Nimmo to the other two starting spots ahead of Smith. This is nothing new for the Mets, who continue to hamstring their young players’ development by babying them at the big league level.

Amed Rosario has also fallen victim to this of late, falling into a near time share at shortstop with 35 year old Jose Reyes over the past two weeks. Reyes, who is hitting .180 with a -0.9 WAR on the season, has started five games since June 24th compared to eight for Rosario. The Mets made a big deal about how important it was to have Jose Reyes around to be a mentor to Rosario, who is going through his first full major league season, over the winter. Mentoring doesn’t mean splitting the playing time, especially when winning games isn’t the most important thing at this point of the season.

This is not a new problem for the Mets, who have been extremely pro veteran since the Sandy Alderson era began in 2011 that their younger players take forever to develop and turn into incomplete players since they don’t get enough at bats against major league pitching. Mets’ fans complained about Lucas Duda for years, but he never got a chance to regularly play against left handed pitching until the end of 2014, nearly three full years after he came to the major leagues. Michael Conforto was treated the same way, sitting against nearly every left hander from when he debuted in 2015 until the middle of 2017, when injuries forced the Mets to play him every day. Brandon Nimmo was also being coddled this season, sitting regularly when everyone was healthy in order to avoid having him hit against left handed pitching. That changed when Yoenis Cespedes and Juan Lagares got hurt, forcing Nimmo to play every day, and he has actually improved against lefties by seeing at bats against them more consistently. It’s funny how players can actually improve through the process of playing the game rather than watch veterans do it for them.

It would be one thing if the Mets were in the thick of the playoff hunt, meaning that every game was important and that sitting Smith against lefties or riding Bautista’s hot bat could be the difference between a wild card berth and sitting at home in October. The Mets entered play today 15 games under .500 and will be clear sellers at the trade deadline. There is no reason not to get guys like Rosario, Smith, and eventually Jeff McNeil as many at bats as possible to figure out exactly what they have in those players.

Callaway clearly doesn’t agree with that philosophy, telling David Lennon of Newsday that he viewed Smith as a “bench piece” who would start to get more at bats with the Mets having a double header tomorrow. With all due respect to Callaway, who is likely feeling the pressure to win games with all the reports of his job being on the line, how exactly did the Mets determine that Smith was a bench piece after 55 at bats this season? Smith’s entire big league career consists of 222 at bats, with just 40 coming against left handed pitching. That is a very small sample size, and it’s tough for a young player who is used to playing every day to adjust to playing twice a week.

The Mets need to stop wasting everyone’s time and play their young players as much as possible to figure out who might be a keeper and who isn’t. Dominic Smith isn’t going to get better playing three times in 10 days, and Amed Rosario won’t get better sharing his job with Jose Reyes. In much the same way that a new employee gets better at their job by working more shifts, players get better by playing in games. This is something that has befuddled the Mets for years, and it helps explain why so many of their prospects take a long time to actually become regular contributors at the big league level. A lost season is a perfect opportunity to give the young guys a chance to play and learn so that you don’t have to worry about it as much next April, when the Mets will be hoping to start a winning year.