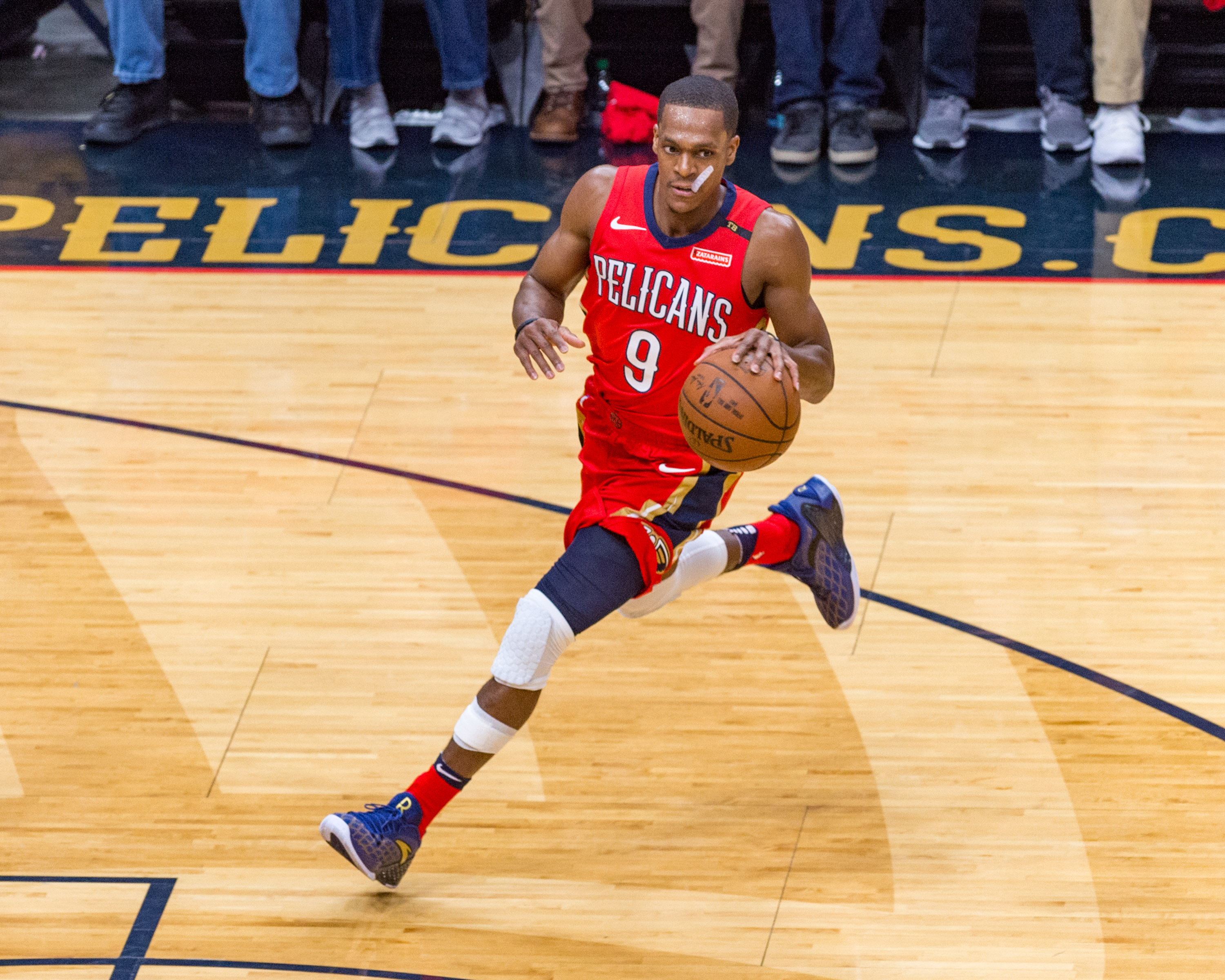 Veteran point guard Rajon Rondo is one of the smartest basketball players on the planet, as he’s known for his high basketball IQ.

That’s a trait that LeBron James covets, and is probably why the Lakers took a flier on Rondo — officially signing him to a one-year deal on Friday.

Rondo isn’t interested in helping the Lakers just get to the playoffs, either. He believes this team, now anchored by James, can win a title, and he apparently came to Los Angeles to win.

“You put any team, any group of players around LeBron James, as he has done [eight] straight times, he goes to the Finals,” Rondo said Friday on a conference call, via Tania Ganguli of the Los Angeles Times. “My expectations are the exact same thing. Even with the Warriors adding [DeMarcus Cousins] and the Rockets being who they are, I think we fit right up there in the mix. It’s early, obviously, and I’m not promising anything, but at the end of the day, I expect to win. Nothing else.”

That’s all well and good, but the Lakers compiled a 35-47 record last season, and it’s a bit silly to believe that the addition of James can make the 11th-best team in the Western Conference into a contender in just one year. The Lakers will be lucky to get out of the first round of the playoffs, we think, but it’s possible that the team could make another addition or two to upgrade its roster, so stay tuned.