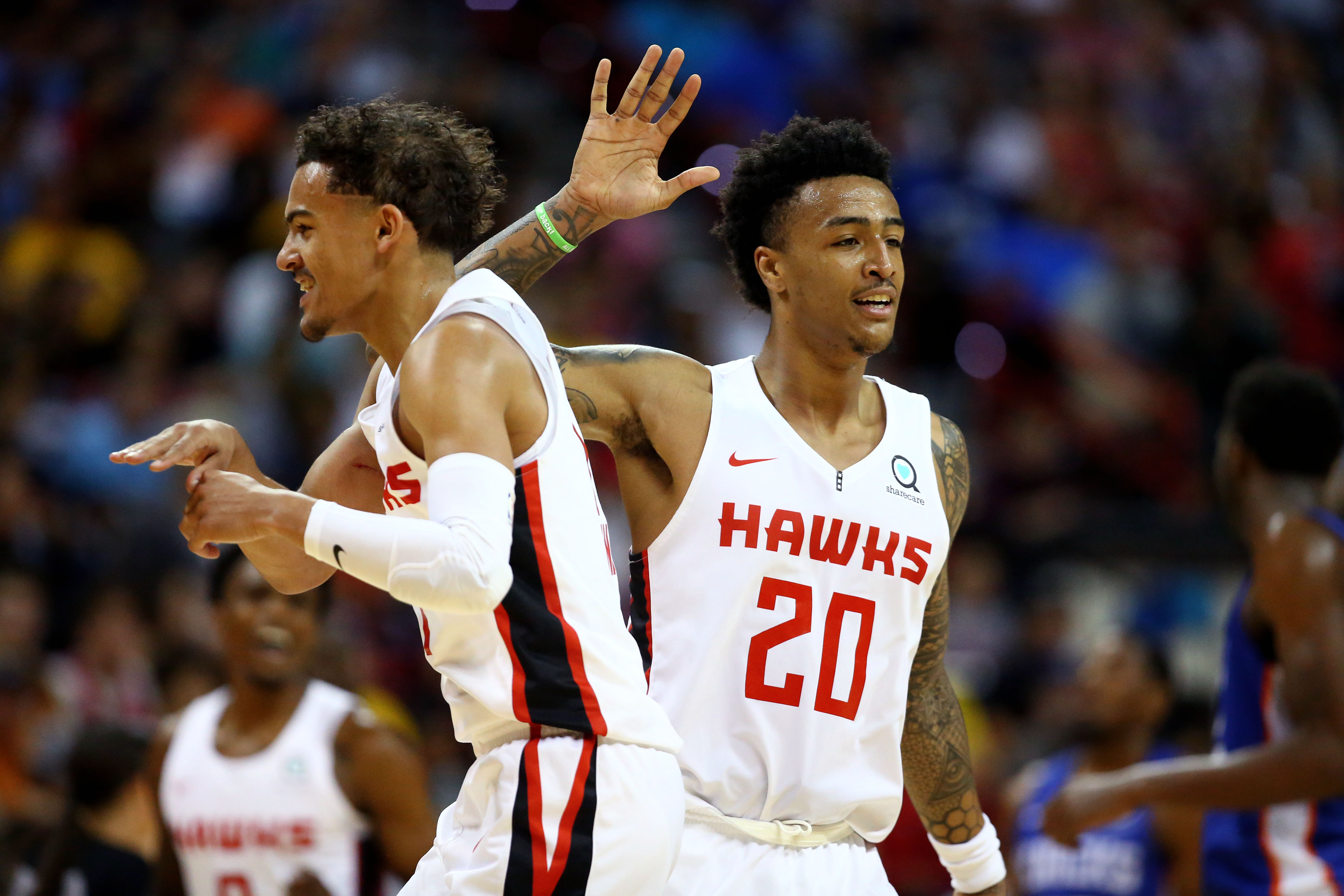 Hawks rookie Trae Young couldn’t hit a shot to save his life in his first two Summer League games, as you can see here, but he rebounded in a big way in Saturday’s game against the Knicks.

Young used a screen on one particular play, then just casually pulled up and knocked down a three-pointer from roughly 30 feet out.

That was good, but this was better. Here’s Young hitting a shot from the logo — aka Steph Curry range.

Of course the Knicks would be the catalyst to get Young going. Just like their regular starting squad, the Knicks Summer League squad is a mess on the defensive end.